Black History Month encourages everyone to reflect on the accomplishments of prominent African-American men and women. Despite facing adversity, they made significant contributions to our country and the rest of the world. This annual observance in February helps people see how the past connects to their lives today—and it inspires others to become the next generation of leaders.

It’s especially important for African-American youth and other minorities to learn about the challenges faced by those who look like them. Working toward a goal is much easier when you have a role model to emulate. By hearing about obstacles that were overcome, and celebrating African-American contributions, a special connection is built between the present and the past.

There have been many important African-American contributions to our church since the first U.S. Salvation Army branch opened in Pennsylvania in 1880. Here is a sampling of Salvation Army church members (Salvationists) who made their mark on our rich history (sourced from sacentralmuseum.org): 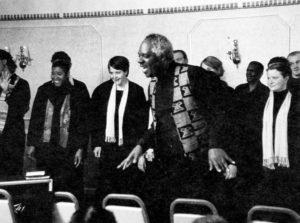 A third-generation Salvationist, Envoy Kenneth Burton’s love of music began at an early age. His mother, a music director, encouraged him to master the baritone horn. Through the direction and support of Eldon (Donny) McIntyre at the Harlem (Temple) Corps in New York, he did. In 1976, his brothers, Brett and Lewanne Dudley took music one step further at the Harlem Corps and brought Gospel and brass band music together to inspire the Black youth. They formed a Gospel group called New Sounds for Christ and traveled around the United States and the Caribbean to offer a new type of ministry. The group, the first of its kind, is also the longest-running contemporary Gospel group within the Army. Burton became its leader two years later and still holds the belief music is the best way to reach Black youth today.

In 1977, Envoy Burton served on the Black Ministries Committee which made recommendations to the Territorial Commission on planning and goals regarding Salvation Army ministries within the Black community. He served along with Lt. Col. McIntyre, Envoy Delilah Collier, and Major Gwendolyn Jones, among others. Together they developed a new curriculum for Black officers and new program series that would engage the Black Community.

A celebrated member of the Harlem Corps, Envoy Burton received Musician of the Year in 1988 in the New York divison, “Man of the Year” in 1992, and his proudest achievement, in 2004, as an Order of the Founder recipient. He has been described as a “tremendous influence and stabilizing force” within the community.

After retiring from corporate America in 2011, he became an envoy and was appointed to the Harlem Temple Corps. Envoy Kenneth’s deep spiritual commitment to God and people, evidenced through the ministry of music and the desire to work for God’s Kingdom, continues to drive him to be a leading voice for African Americans in the Eastern Territory. 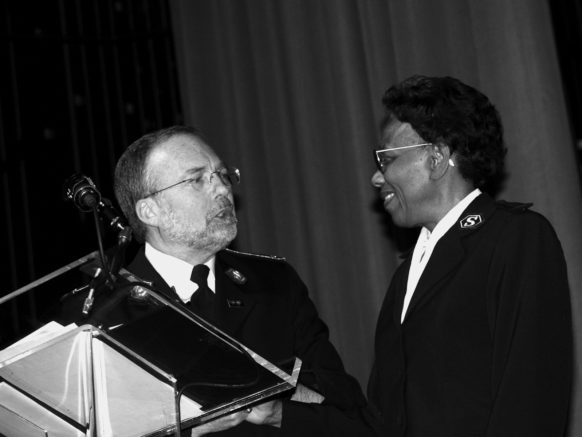 Delilah Collier proved more than a capable teacher, mother and Salvationist. In 1977, she helped launch the Eastern Territory Black Ministries Committee to discuss issues and advise goals for inclusion of Black officers. She and fellow committee members advocated for further training and curriculum to prepare Black officers for leadership positions. They spoke for and legitimized the Black community within The Salvation Army. In addition, she served on the curriculum committee at the School for Officers’ Training as a voice for the unique challenges Black cadets would face once they became officers.

For more than 50 years, Delilah was a faithful and dedicated soldier of the Hartford Citadel, Conn., unwavering in the support of her corps officers. She was a fierce prayer warrior and had the spiritual gift of hospitality.

She raised seven children and her three very young brothers after her mother died. Though living in public housing and receiving welfare, Delilah opened her home to others. She never turned anyone away or gave indication of limited resources. One year, her son who was a cadet invited 10 other cadets for Thanksgiving dinner; without blinking she said, “Of course, tell them to bring sleeping bags, and we’ll figure it out.” Cadets featured daily in her prayers and she would often send them cards of encouragement, tucking in money which, quite often, was exactly what they needed.

Delilah was admitted into the Order of the Founder (O.F.), the Army’s highest honor, in 2002 for her multicultural work, local officer training and evangelism. Receiving the award, she said, “We don’t know the full joy of the Lord until we can fully surrender all to Him. If we can just be faithful, if we can just be willing, if we can go in the power of the Spirit, God will take care of everything for us.” 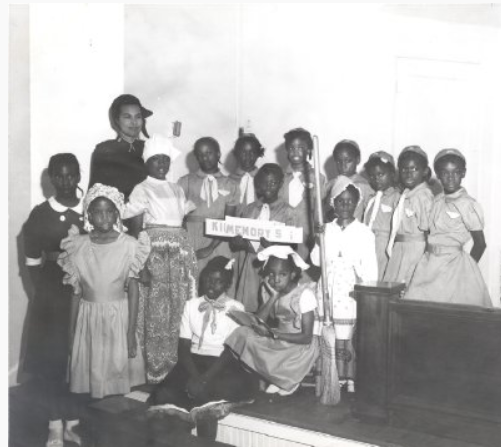 A scholar, a teacher, and officer, Norma T. Roberts, known for her work in the Southern Territory during the era of racial segregation, can be described as an innovator and liberator. In 1944, after being denied entrance to the School for Officer Training in the Southern Territory, she quickly changed direction and was welcomed at the Eastern Territory school. Here she embraced her training and accepted new opportunities to make an impact.

Major Roberts always felt her calling would return her to her beloved Southland; in 1949, the call came. Believing she could make a difference in the Black community; she went forth with hope and fortitude. God stepped in when a Little Rock, Arkansas reporter asked to write an article about Roberts and her ministry. The expose uncovered the struggles faced by the local Black community, so, the Army and Roberts went into action. At a meeting held with a Salvation Army advisory board, who began planning a new community center to serve the neighborhood, Major Roberts mentioned the Army planned more centers across the South. She stated, “The Salvation Army strives to promote the spiritual and material welfare of people all over the world- regardless of race or color. In that spirit, it seeks to bring its service to my people in the Southland.”

In 1952, the planned Black community center opened in the Little Rock neighborhood where Roberts served. It provided for 5000 people annually. The community now had a place to congregate, recreate, and share in God’s love. Through the hard work and acknowledgment of Major Roberts, she helped to liberate the Army from antiquated thought patterns through innovative approaches by linking the path between Black communities and the Salvation Army ministry. 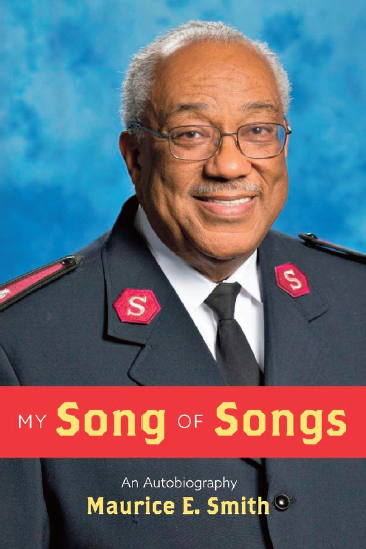 The son of pioneering officers, Major Maurice Smith became the first Black officer commissioned in 1968 from the Southern Territory School for Officers’ Training (now Evangeline Booth College) in Atlanta, Ga. During his 40 years as an officer, he would serve in all four U.S. territories.

Some of his flagship work was done as a captain when he was transferred to the Western Territory in 1973 to reestablish the Compton, Calif., Corps which had closed around the time of the race riots in 1965. By the 1970s the city was plagued by high unemployment, poverty, gangs and crime. Despite racial disparity, he successfully created trust, and, like so many Black officers, built a bridge between The Salvation Army and the Black community. He also was the first Black officer to manage an advisory board.

Using an anonymous donation, then-Captain Maurice successfully supervised the construction and opening of a 1,900-sq.-ft. building. The Compton Corps enrolled in the War on Poverty campaign by President Lyndon Johnson and became a site for the Neighborhood Youth Corps. This strategy brought many youth into the corps where the captain offered them counseling and support.

After retiring in 2011, he taught at the South’s Evangeline Booth College for six years. In 2018 the major published his autobiography, My Song of Songs, reflecting on his life through songs, a unique technique but not surprising given his keen vocal and brass musical abilities. 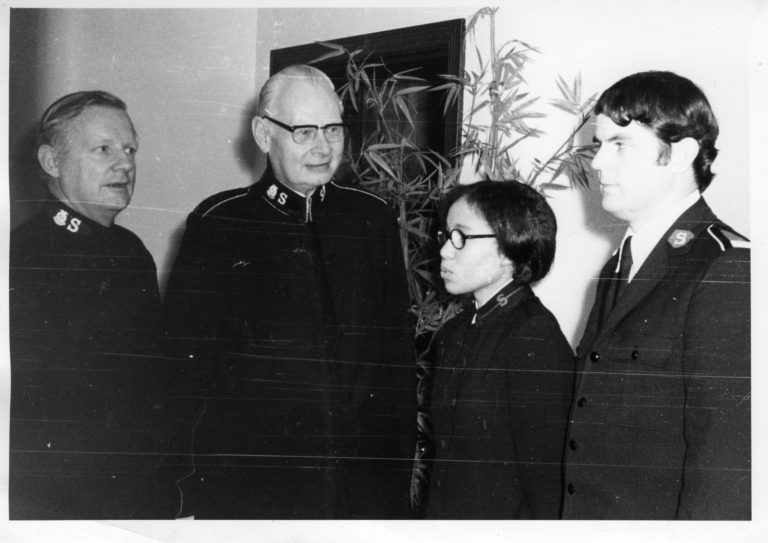 Recognized as the first Black cadet at the School for Officers’ Training (now known as College for Officer Training) in the Western Territory, in 1974, Major Gwendolyn Holmes Jones spent forty-years in The Salvation Army advocating for the Black community. She challenged those espousing racial disparities and was successful in breaking down barriers in areas that experienced racial strife even within her corps.

Noticing racial division within the Army, she spoke up to corps leaders and discussed ways to bring groups together successfully. Her specialty was to “bridge the gap” from leaders to the community. She said, “You need to be able to represent whatever community you are working for and help Salvation Army leaders understand what’s going on in that community so we can better serve it.”

Major Jones also served on the Black Ministries Committee she, “gave a voice to the minorities of The Salvation Army.” She is further recognized as the first Black officer to train and retire in the Western Territory. 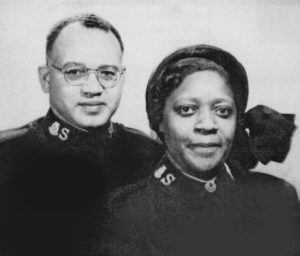 Lt. Colonel McIntyre, a Canadian, began his work with The Salvation Army in Harlem Temple New York. The Army quickly appointed him to the Cleveland, OH, Corps where he could serve the Black community. There, he led the “colored corps” for sixteen years when, in 1949, McIntyre began his journey as a visionary. He acknowledged segregation within the Army. The small act of submitting a request to change the name of the “colored corps” to the Central Area Corps, which was accepted immediately, sent waves of change thought the Army. The request alerted Army Divisions of the quandary segregation created and subsequently removed the word “colored” and other racial terms within the Army. McIntyre knew it was a small step towards an equitable future.

Moving from Cleveland back to Harlem in 1955, Lt. Colonel McIntyre demonstrated his leadership with a new theme called “Watch Us Grow.” He led the Harlem Temple Corps from 1955 to 1968 and grew the corps to enormous numbers. However, it was his work with other Black officers and issues regarding race relations within the Army that made a lasting impact. A committee gathered in 1969 to address issues concerning the inclusion of Black officers and the Black community within the Army. The impact of this meeting resulted in the Multi-Cultural Department (now called Intercultural Department) in the Eastern Territory and the 12 point-plan of inclusion for Black officers.

In 1969, McIntyre was appointed lt. colonel, the highest office ever achieved by a Black officer at that time.

The Salvation Army Central Territory is passionate about continuing racial justice work today and well into the future. This includes the appointment of Territorial Racial Diversity and Inclusion Secretaries, Lt. Colonels Lonneal and Patty Richardson. In October 2020, they hosted a Racial Justice Summit, in which attendees explored The Salvation Army’s role in fighting for diversity, inclusion and anti-racism. May their work continue to inspire others, and in the end, bring all of us closer to Jesus and one another.