Gifts From a Secret Santa Brighten Christmas in Alpena 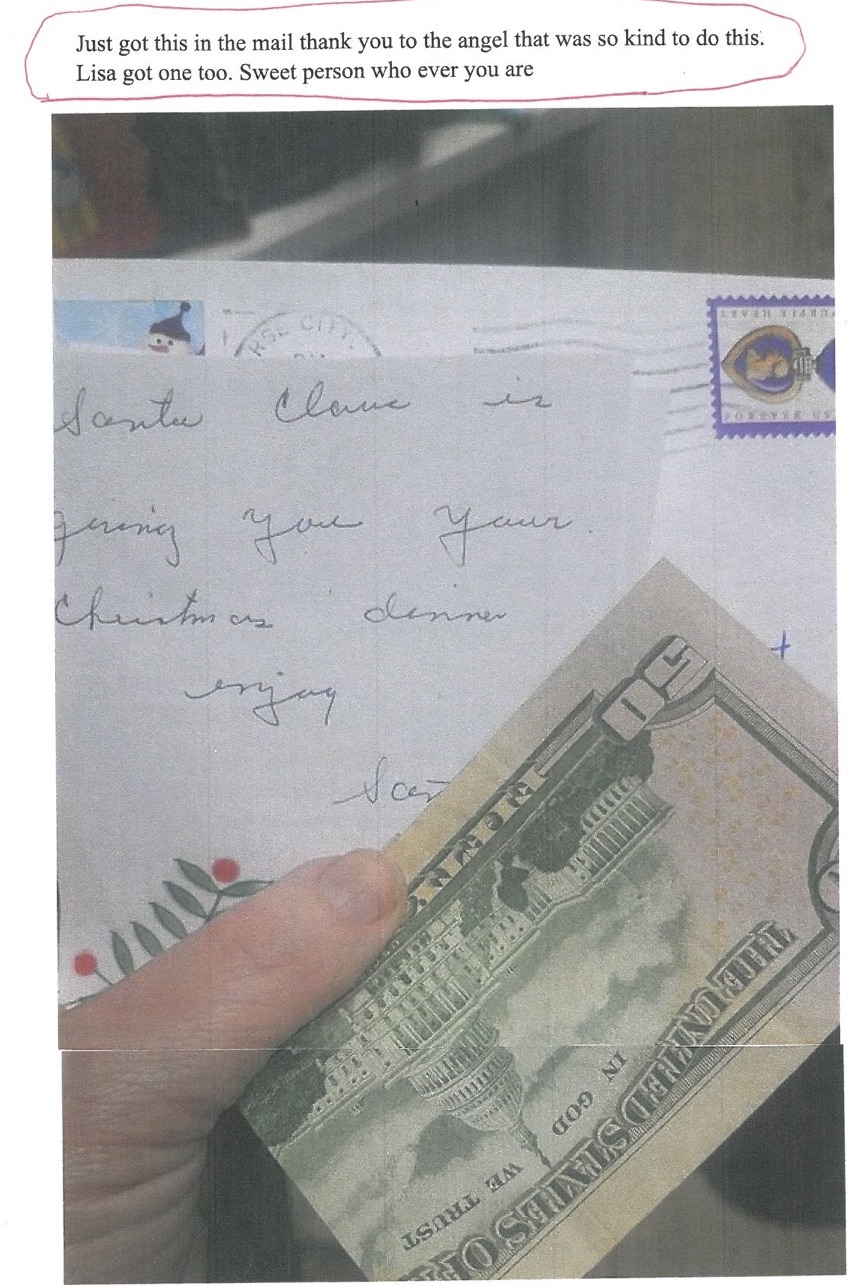 The Salvation Army Alpena Corps Community Center was glad to receive a request from a local donor wishing to remain anonymous who wanted to spread some cheer to families for Christmas. More from Major (pastor) Prezza Morrison:

The donor explained that she wanted to place $50 in cards signed from Santa Claus. She requested us to mail them to families that we felt needed some help with Christmas. The Alpena Corps staff felt this was a lovely idea and chose families who they knew were in need.

About 10 days before Christmas, corps staff went to the donor's house and picked up the cards. She thanked us for finding families for her to assist and even gave us a dish of delicious homemade candy.

Seventeen cards were mailed out a week before Christmas. Then on December 22nd a Facebook post (picture attached) appeared expressing thanks for one of the cards! We called the donor and told her about the post, and she was very grateful that we called and informed her of the impact she had made.