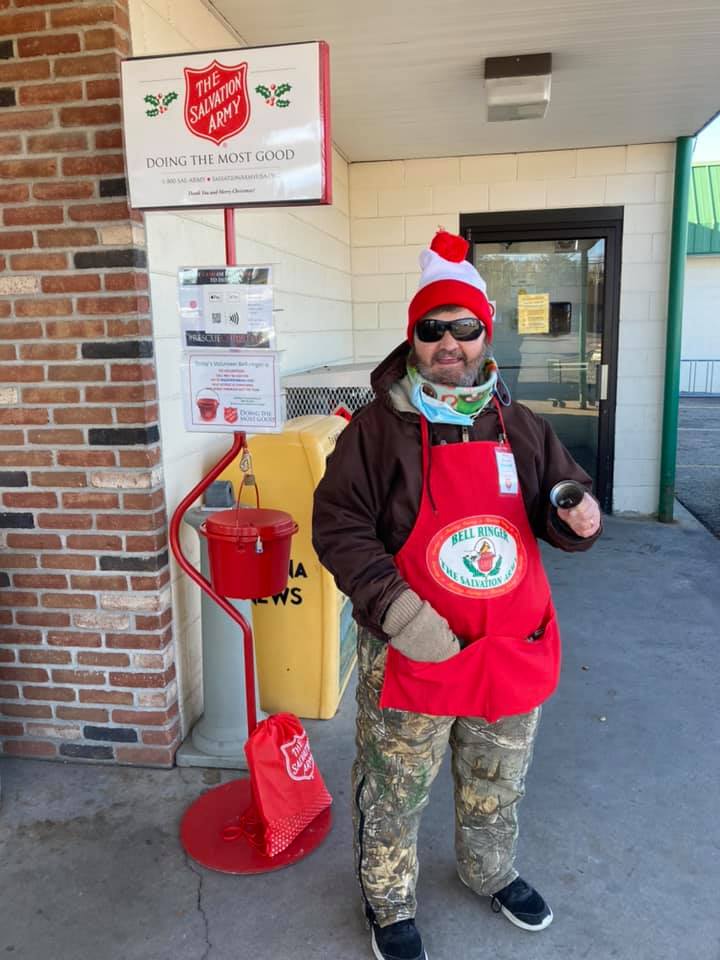 When Neiman’s Family Market in Alpena closed, Tim Hart, member of The Salvation Army Alpena Corps Community Center, faced a dilemma. For the last 24 years, Tim worked as a bell ringer, faithfully posted at Neiman’s, but now he needed a new location to do what he enjoys and does so effectively: striking up conversations with shoppers and raising funds for those in need during the holidays. His authenticity and kindness have made him well known locally.

“I’m a people person,” says Tim, “and The Salvation Army does so much in the community. People tell me all the time while I’m ringing about the assistance they have received from us.”

With a new bell ringing site still in question, Tim and Major Prezza Morrison hatched a plan: turn Tim’s bell ringing location into a ‘Where’s Waldo?’ themed game in which the community guesses where Tim will pop up next. Recently, he was seen ringing at Perch’s, and people chimed in their support on social media, remarking on Tim’s dedication and how he had brought smiles to so many people over the years.

‘Where’s Tim?’ will continue throughout the Red Kettle season, and Tim is happy that he is able to continue serving people in need through bell ringing.

“I have gotten a lot of hugs and handshakes over the years, and it seems like everybody knows who I am! I’m just humbled to do this on behalf of The Salvation Army. People tell me how great The Salvation Army is, and I agree! And this year more than ever, we need help. I would ask everyone who is able to get involved. People in your community need it.”

Want to join Tim in bell ringing for your local Salvation Army? Register to ring now!