A Blessing to Give 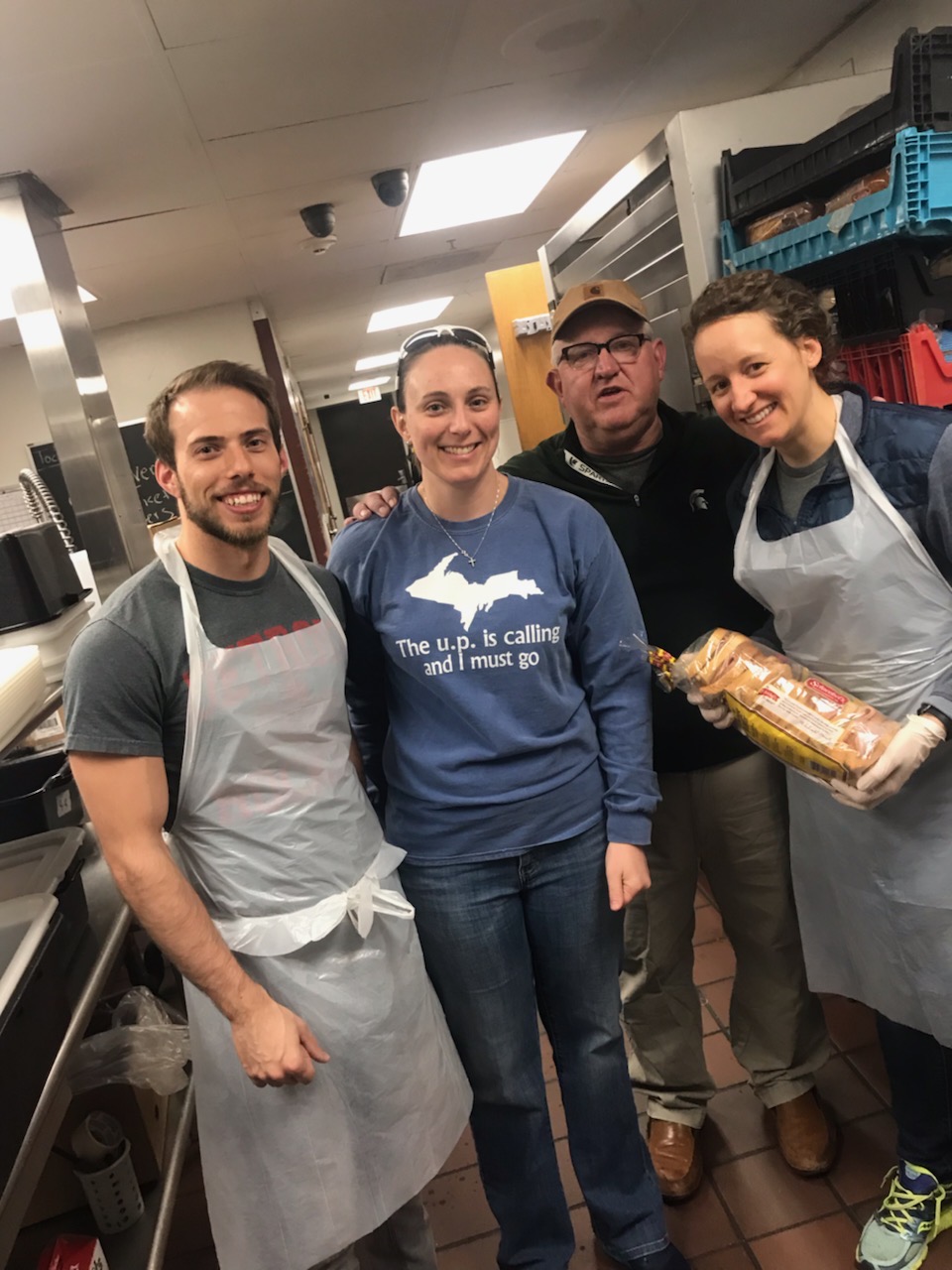 Back in early 2018, Jon Young and his Bible study group were looking for a way to give back to the community. His church, 2|42 Community Church, was named from and inspired by Acts 2:42, which talks about breaking bread together caring for one another. Jon and his wife, Diane, had already been supporters of The Salvation Army Bed & Bread Club for over a decade.

“My wife and I are on the road a lot for work, and so we tune in to Radiothon every year,” says Jon. “We were talking about ways to do outreach in our neighborhoods, and we heard the Radiothon again soon after. It just clicked: let’s do Bed & Bread. We were already familiar with The Salvation Army’s work.”

After donating to the program for so many years, Jon was excited to volunteer to make sandwiches and ride in the truck. In his most recent volunteer effort, he led his Bible study group on a Saturday to make over 3,500 sandwiches and serve them on the truck routes. While he was delivering soup, sandwiches, hats, and gloves, Jon rode with driver Greg Taylor and had the privilege of hearing his story.

“I told Greg, ‘I heard a story on the radio a few years back about someone who received help from the truck and now is a driver – and you’re him?’ Greg said, ‘Yup, I’m that guy.’ I was touched with how Greg was so intentional about giving back through his job and training other drivers to have the same attitude.”

“Most of the problems I deal with are minimal compared to the challenges faced daily by the people I was helping. There are a lot of people in unfortunate situations. I am thankful for the blessings I have, and I want to pass on the blessings, too.”

One of the truck’s last stops was in Roosevelt Park. The whole day had been cold and snowy, and the temperature dropped further with the onset of the evening. The truck had been sitting for a few minutes when a man emerged from the darkness to get a meal. He was currently living in the park and just trying to survive the winter. Meeting that man, Jon experienced what so many of volunteers do: the impulse to help someone in dire circumstances and the joy of being able to do just that.

In the following days, Jon shared his experience with others. At a Super Bowl party, he told his friends and family about the work he had done, and he plans on taking more groups to volunteer for the Bed & Bread Club as often as he can. He says he enjoys inspiring others to action.

“There are families with children who depend on the trucks for nourishment. On these cold winter days, hot soup is truly a blessing for people. That’s the kind of work we need to do more of. Do you see a need? Do you see people down and out, or hungry? Then you fill the need, and you feed them. The Salvation Army’s message truly says it all: Doing The Most Good.”