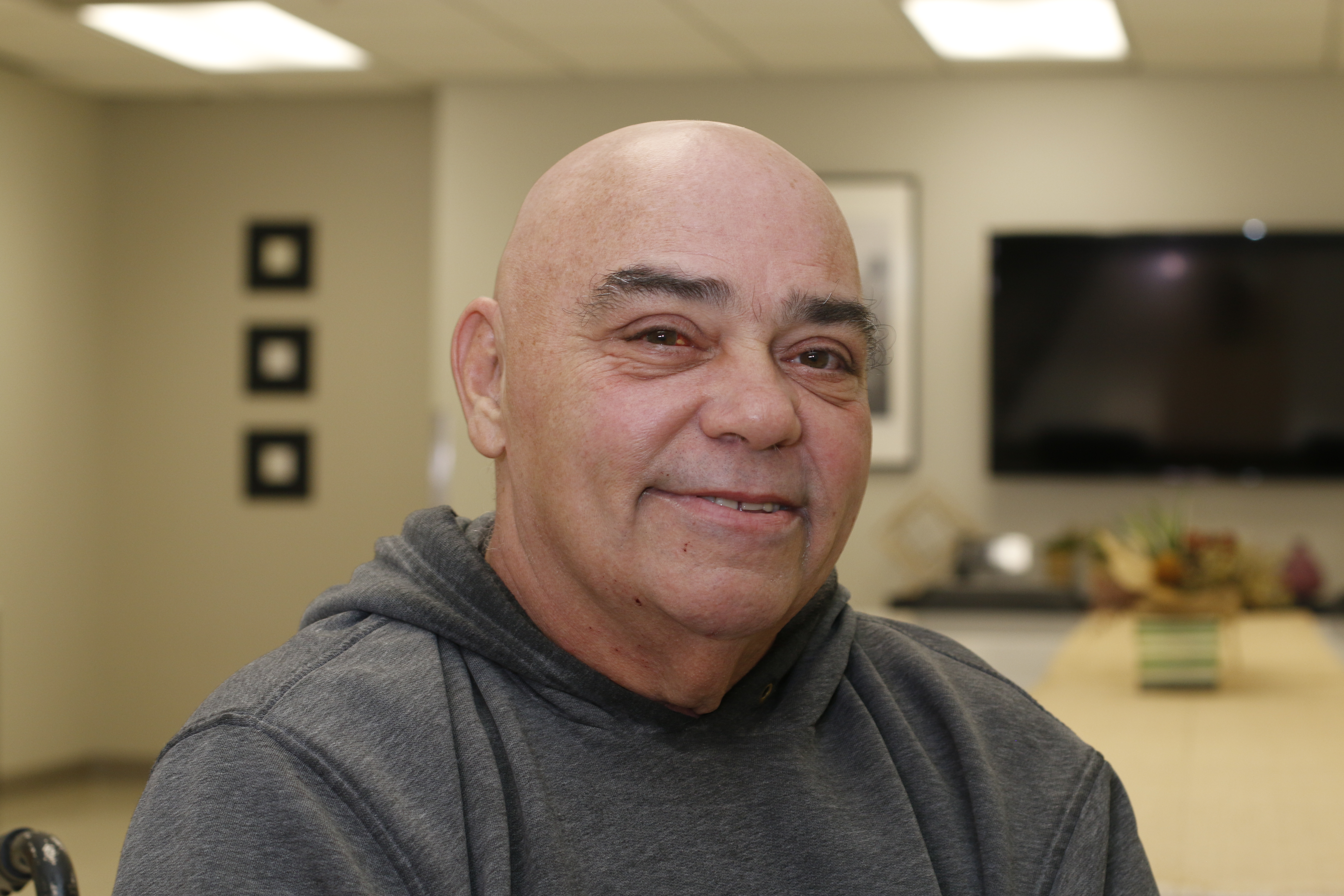 You just had a major surgery due to a life-threatening disease. The doctors and nurses gave you the care that you needed, and you are incredibly thankful. Now you find yourself rushed to decide where and how you will adequately recuperate, as you will be discharged within days of your operation.

The only problem is, you have nowhere to go.

Juan Pages faced this exact crisis in the winter of 2019 when he had the toes on his left foot amputated due to diabetes. As many people fighting homelessness do, he had to confront a set of almost unimaginable realities: he would have no recourse but to try to survive in the cold without the ability to walk while trying to keep the wounds on his foot clean and healthy.

“You have to think about the kind of care a person in his situation needs,” says Miller. “I was worried about Juan when he first came to us because he was dealing with so many health problems in addition to his foot. But he has come a long way.”

Detroit Medical Respite provides recuperative support 24 hours a day, the only medical respite program of its kind in southeast Michigan. This allowed Juan to get the rest, nutrition, transportation, and pastoral care that he needed as he continued to recover. “At other shelters, they put you outside until 7 at night…” Juan shakes his head. “If not for The Salvation Army, I would be on the street every day.”

With Detroit Medical Respite’s help, Juan has been able to consistently attend his doctor appointments, which have not only helped him in his recovery from surgery but have also allowed him to address several other health issues. As he has continued to convalesce, Detroit Medical Respite connected with other community partners to arrange for Juan to move into an assisted living group facility by the end of December and was able to purchase the furniture he needs for his apartment. Juan is excited for the move, but he will miss his community at The Salvation Army, too.

“This place is the best,” Juan says. “And Mrs. Miller, she’s an angel. No other social worker I have met is like her – she is number one.”

Juan emigrated from Italy to the United States in 1980 with his parents and lived in New York City for his first 14 years in America. Though Juan did work for Wayne State University as a mortuary custodian for the last 19 years, his health conditions now prevent him from working. Although his health has improved, he is still in a wheelchair, with an arduous path of physical therapy still ahead to regain his ability to walk. However, Juan refuses to take a hopeless outlook on life, and he was able to move into an assisted living group facility by the end of December 2019. “He’s a really strong person,” Miller says. “He does everything he can to take care of himself, and he has come such a long way. I am so grateful to know him. He encourages everyone around him, including me.”

Juan puts it simply when it comes to thinking about others: “When you help out someone else, the Big Man Upstairs is going to help you. And that’s why The Salvation Army is different from other places. Whatever may have happened to you, they are right there to help.”