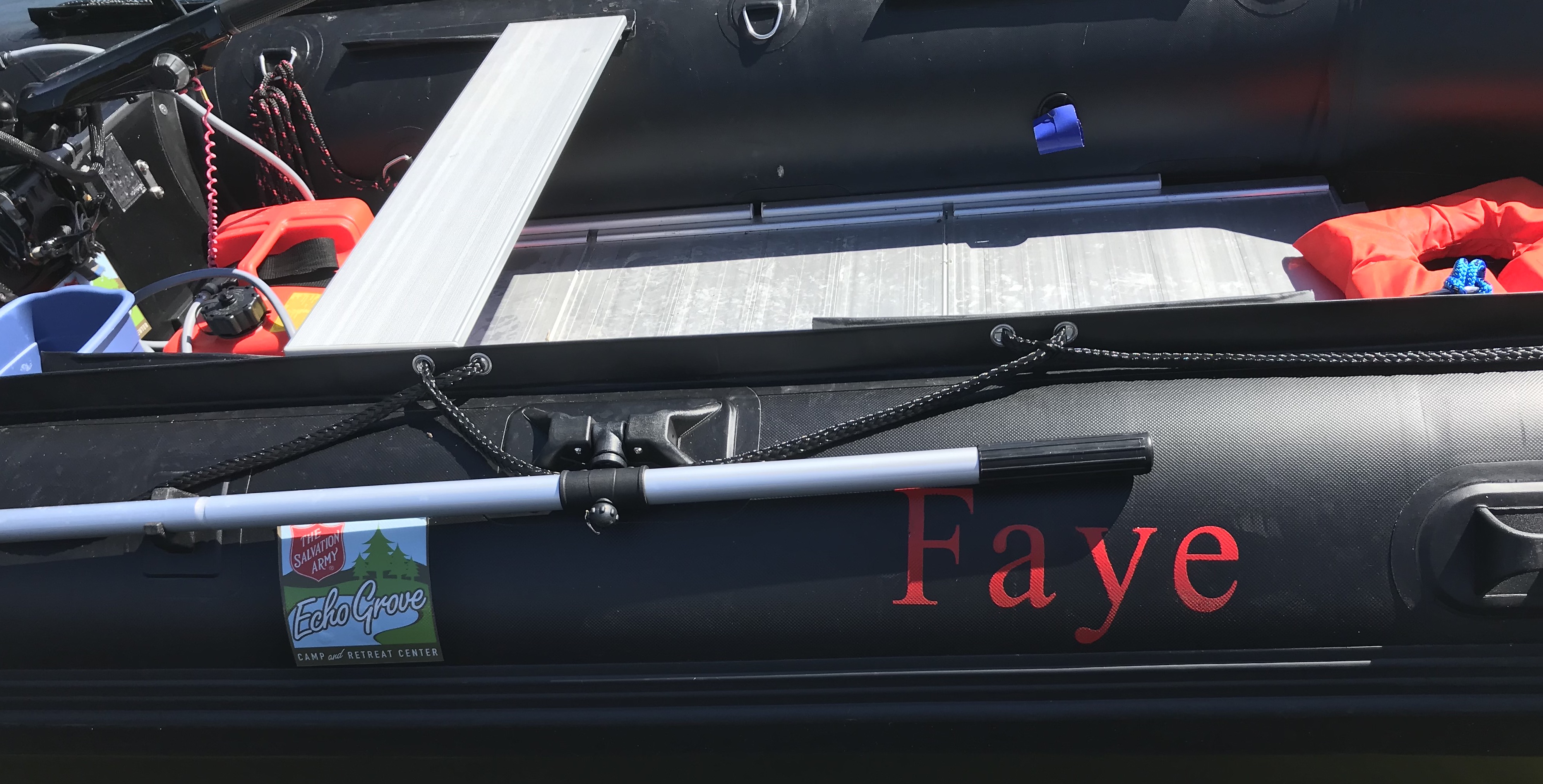 Thursday, August 20th, 2020 was a special day for The Salvation Army Echo Grove Camp and Retreat Center and for Steve B, a generous metro Detroiter and long-time supporter of The Salvation Army. As Steve became more acquainted with The Salvation Army’s programs, he took a particular interest in camp and had a tour in 2019 of the 200-acre space, where campers of all ages come annually to experience the wonder of nature, build new friendships, and learn about Jesus. Situated on Lakeville Lake, the camp features kayaking and pedal boating among the activities for campers to enjoy. When Steve learned of Echo Grove’s need for a new rescue boat, he decided he wanted to personally donate a boat to the camp in honor of his late wife, Faye. 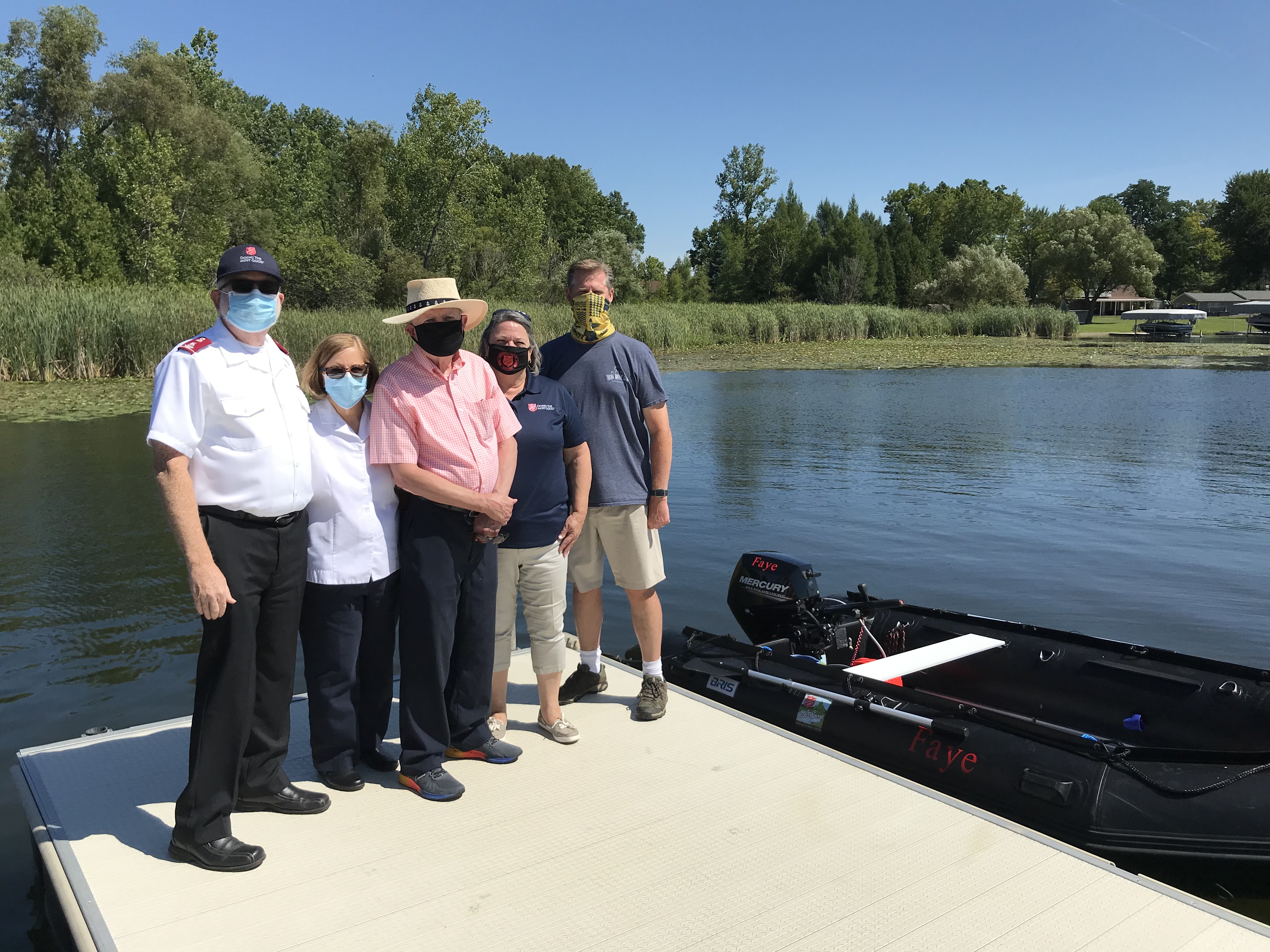 The ceremony on August 20th began with remarks from Matt Coakley, Echo Grove Camp Director, and Lt. Colonel John Turner, who both described the tremendous blessing that the boat provided in helping keep campers safe and potentially saving lives. Afterwards, the ribbon was cut, and Matt provided a short demonstration of the boat’s capabilities. We also had the privilege of sitting down with Steve for a brief interview discussing the gift he made. 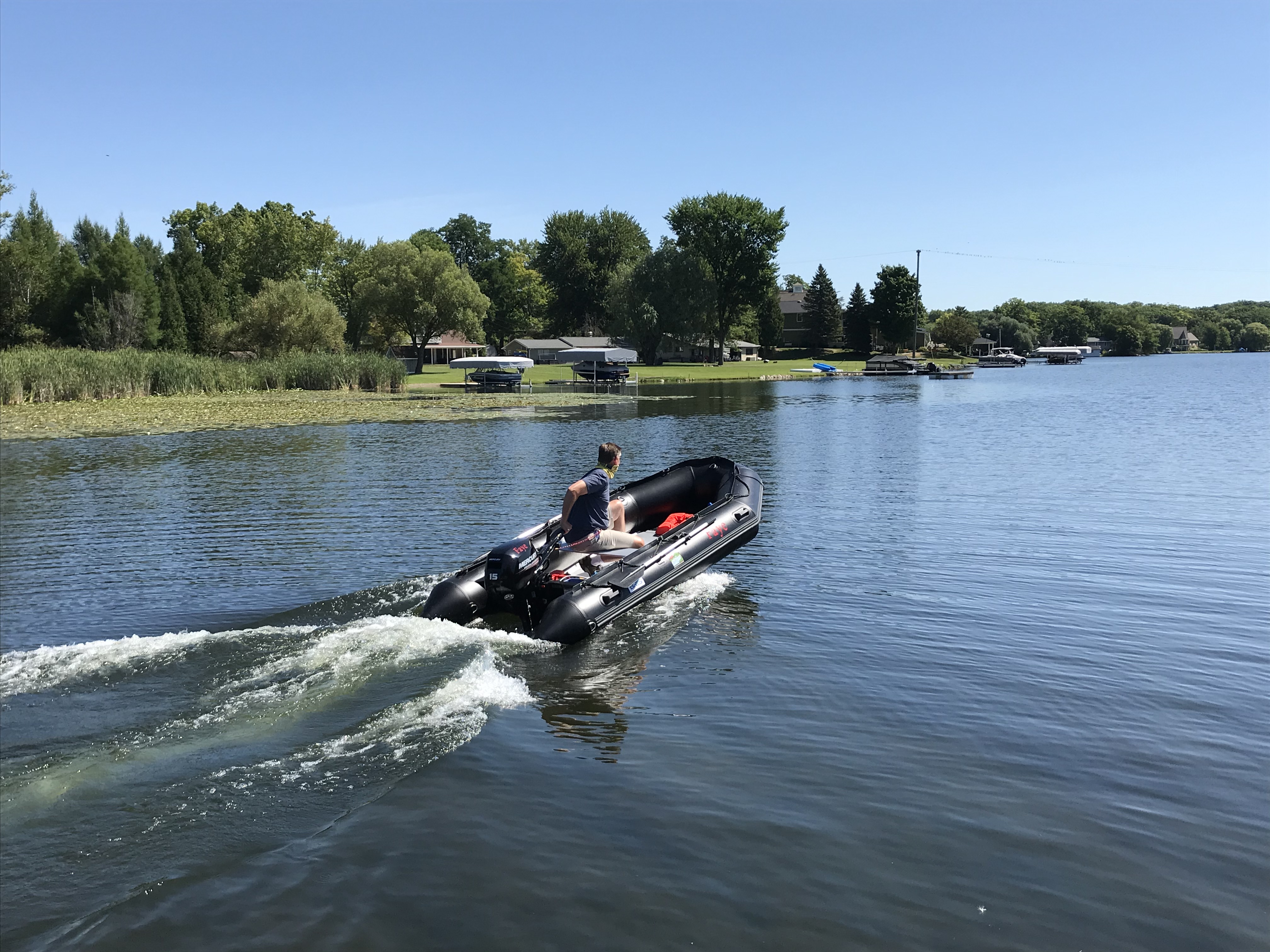 Why support The Salvation Army?
Well, I received a mailing years ago and decided to make a donation to the Bed & Bread Club. Then I started noticing all the good that The Salvation Army does. It goes far beyond feeding and sheltering, which are familiar to the public and are very important – but not everyone knows about the healthcare they provide for the homeless through their medical respite program, or their legal advocacy for those in need, or all the ways they help children. I know that my donation will be used wisely when I give to The Salvation Army.

What inspired you to donate the boat to Echo Grove Camp?
I had a tour of the camp last summer, and I was impressed. I heard the staff talking about their wish list for the camp, and they mentioned a rescue boat. I thought about it for a few hours afterwards, and I decided I wanted to help. It never would have crossed my mind to donate a rescue boat, but once I found out about the need, I wanted to fill it. Anything that helps children is a good idea.

What would you say to someone who is thinking about supporting the The Salvation Army by volunteering or donating?
I’ve discovered that the way to find yourself is to lose yourself. The world is not about you. You’re supposed to make room for other people, and you’ll learn more about yourself by prioritizing the needs of others. That’s why giving is satisfying in its own right. I like to ask myself, “How can you do good in the community?” I’ve found my answer through The Salvation Army. 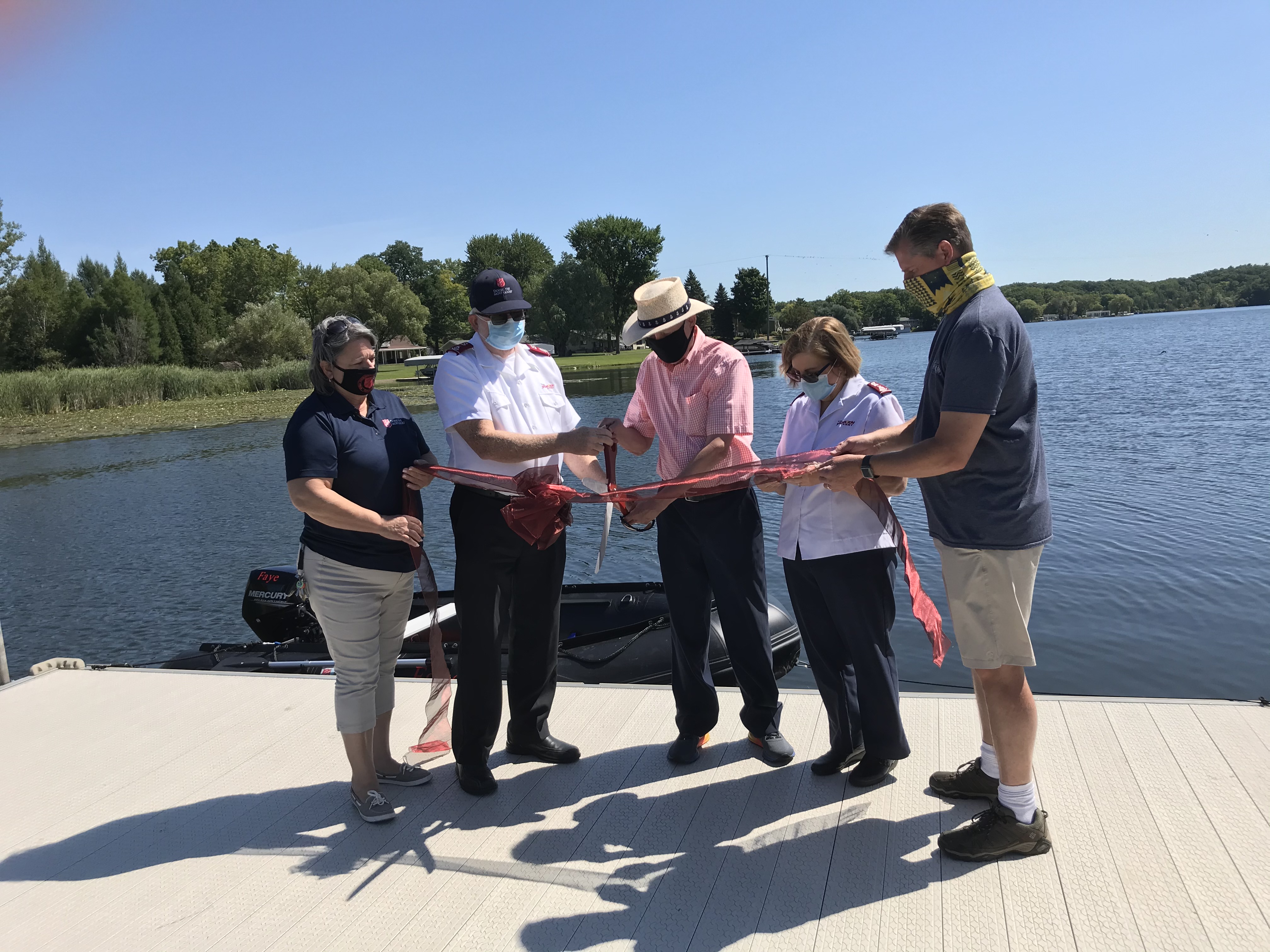