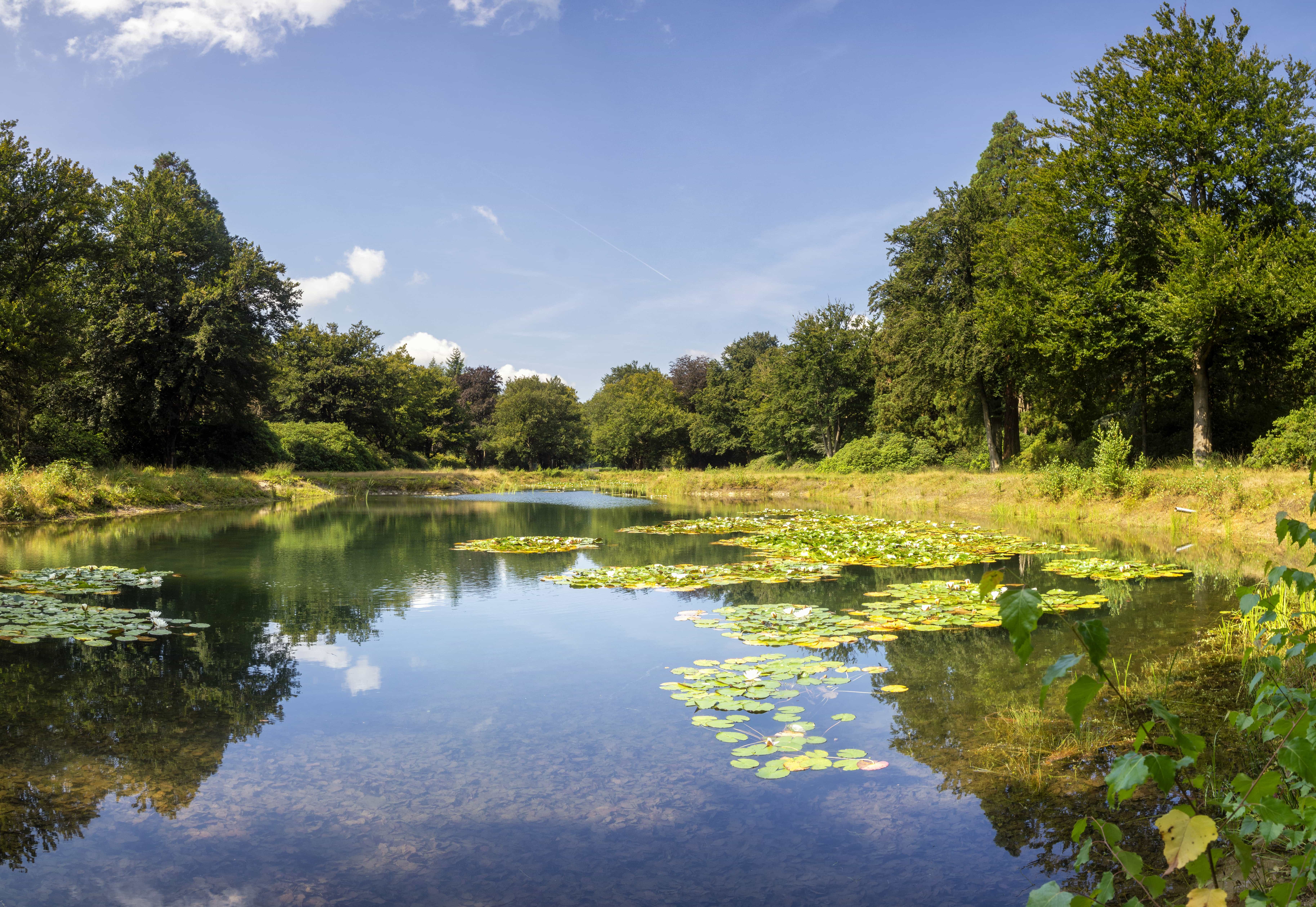 At Camp Mihaska, The Salvation Army Camp in Bourbon, MO there is a beautiful, crystal clear, flowing
spring. It is estimated to flow a million gallons of water a day. It is crisp, clear and very cold. A perfect
home for trout. Its outflow traversed a series of channels that were the remains of a trout hatchery
operated on the property years before. The area around the hatchery was lush and green and teeming
with life (including snakes which my wife denied the existence of).


The spring was rumored to be bottomless but had never been proven to be so. There was a whole
volume of folklore developed around it and its history in the area. One summer, while Major Carole and
I were stationed there as Youth Leaders, a local tv crew contacted the camp about doing a documentary
about the spring. The documentary would involve sending a dive team down into the spring to
determine if it truly were bottomless. On the day of the dive, the crew arrived with special cameras and
heavy wetsuits to protect against the bone-chilling temperature of the water. The diving crew
descended to a depth of around 125 feet when the spring took a very sharp turn and became much
narrower. These conditions prevented the divers from continuing their dive, but they used their camera
to shoot images as far as they could, and still did not discover a bottom. What they did conclude was
that the spring was most likely fed by an underground river, whose source was some 70 miles away.


While the inconclusive results were disappointing, they did provide some explanation for recent
conditions at the spring and hatchery. Earlier that spring there had been an unusual occurrence of very
heavy algae that had clouded the waters of the spring and the corresponding hatchery canals. It was
unusual and unexplainable, until that day. You see the source of the underwater river feeding the
bottomless spring was in the middle of fertile farm country. The area around the source of the river had
been impacted by accidental over fertilization by the farmer. That fertilizer became run-off into the river
which emptied out into our spring and caused elevated levels of algae to grow; 70 miles away.


Many years later, I would be visiting a village in Uyoli, Tanzania. The site was a home that had been
recently purchased to house Salvation Army Officers and their family. The house was on a large plot of
land where a new corps building was to be built. Funding for the project had been collected through the
Salvation Army Corps members from the WMNI Division. This house was in the middle of a densely
populated area of the city, with a walled in courtyard. In the courtyard there was a well. The officers
were so proud of their well and drew some water out of it to show me how pure and clean it was. They
assured me that this was a very good thing, as the nearest well for the rest of the village was a mile
away. The recently appointed, newly commissioned Lt then shared their plans to open a doorway into
the courtyard so that their neighbors would have access to the well. This would be used as an outreach
to them in hopes of introducing them to the source of living water. I was humbled, to the point of tears.

Among many other lessons learned from these experiences, one very important truth became evident.
The things we do will have an impact. We may never see them, they may show up years later or miles
away, but we will impact our world, our families, our faith communities, and people we don’t even know
by how we act and respond today. Those responses can be as routine as fertilizing a field or as complex
as raising a child or responding to someone in need. The impact is there, and we need to be sure that it
is a force for good.


The apostle Paul reminds us of this fact. “For you have been called to live in freedom, my brothers and
sisters. But don’t use your freedom to satisfy your sinful nature. Instead, use your freedom to serve one
another in love. For the whole law can be summed up in this one command: “Love your neighbor as
yourself.”” (Galatians 5:13-14).