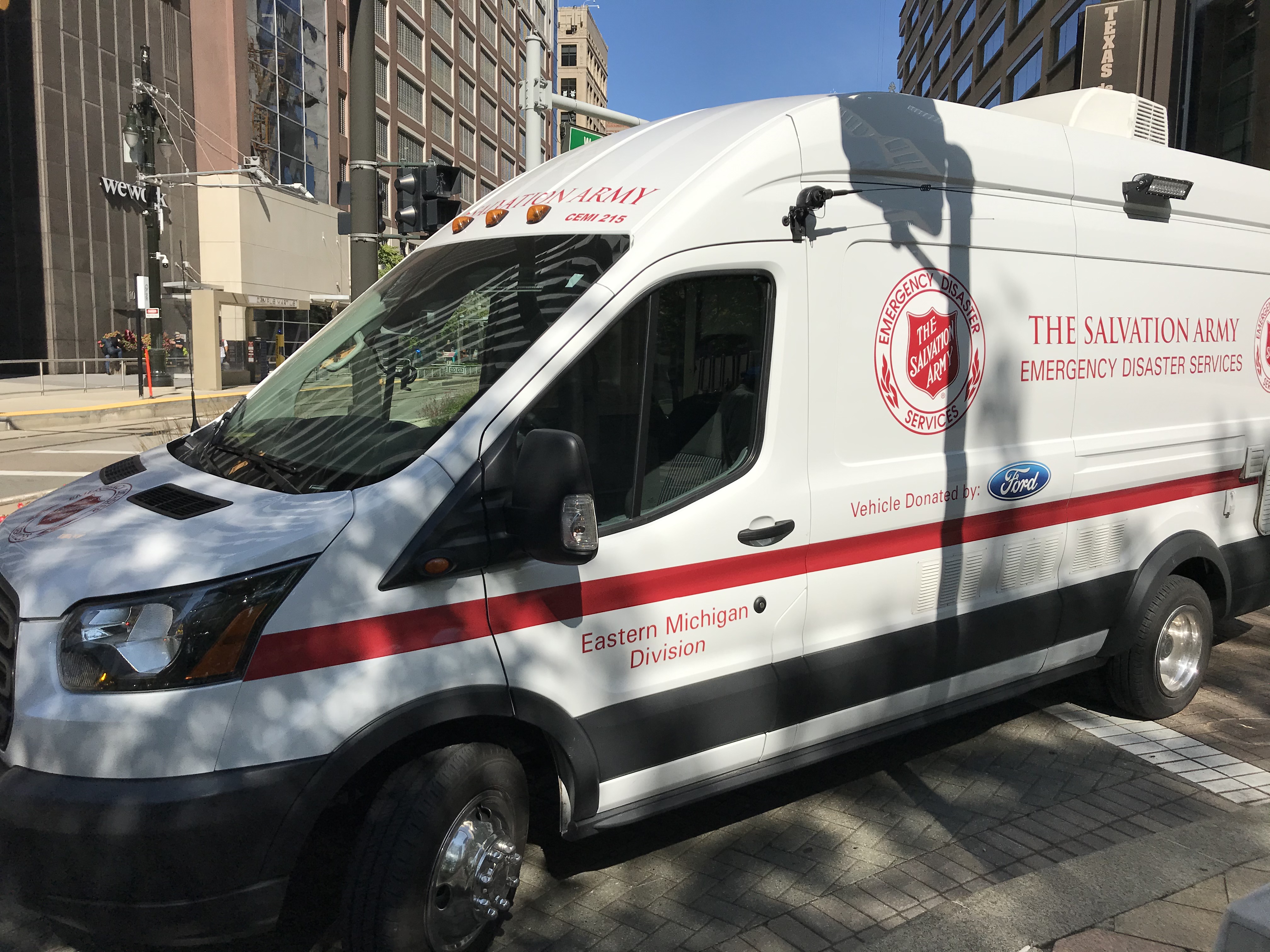 We were honored today to be part of the 20th September 11 Memorial Service today at One Campus Martius in Detroit. Our brass band played pieces throughout the service, and our Emergency Disaster Services truck was part of the procession of first responder vehicles down Woodward Avenue.

In the aftermath of 9/11, The Salvation Army was called upon to serve in the worst terrorist attack The United States has ever suffered. About 40,000 Salvation Army officers, soldiers, staff, and volunteers across the nation gave crucial assistance at Ground Zero during that time. They went to minister to victims and first responders to provide tens of thousands of meals immediately following the attacks. Within two months, the entire feeding operation at Ground Zero was turned over to The Salvation Army by New York City. We served until operations officially concluded in May 2002, by which time we had served over 3.2 million meals.

Our ministering presence was felt by all, from the clean socks to the prayers provided to those risking their lives to save others from the wreckage of the World Trade Center. Today, that same presence provided by our brass band and our Emergency Disaster Services truck is but a small tribute to those who lost their lives and those who served on September 11, 2001.

View our photo album from the memorial here. 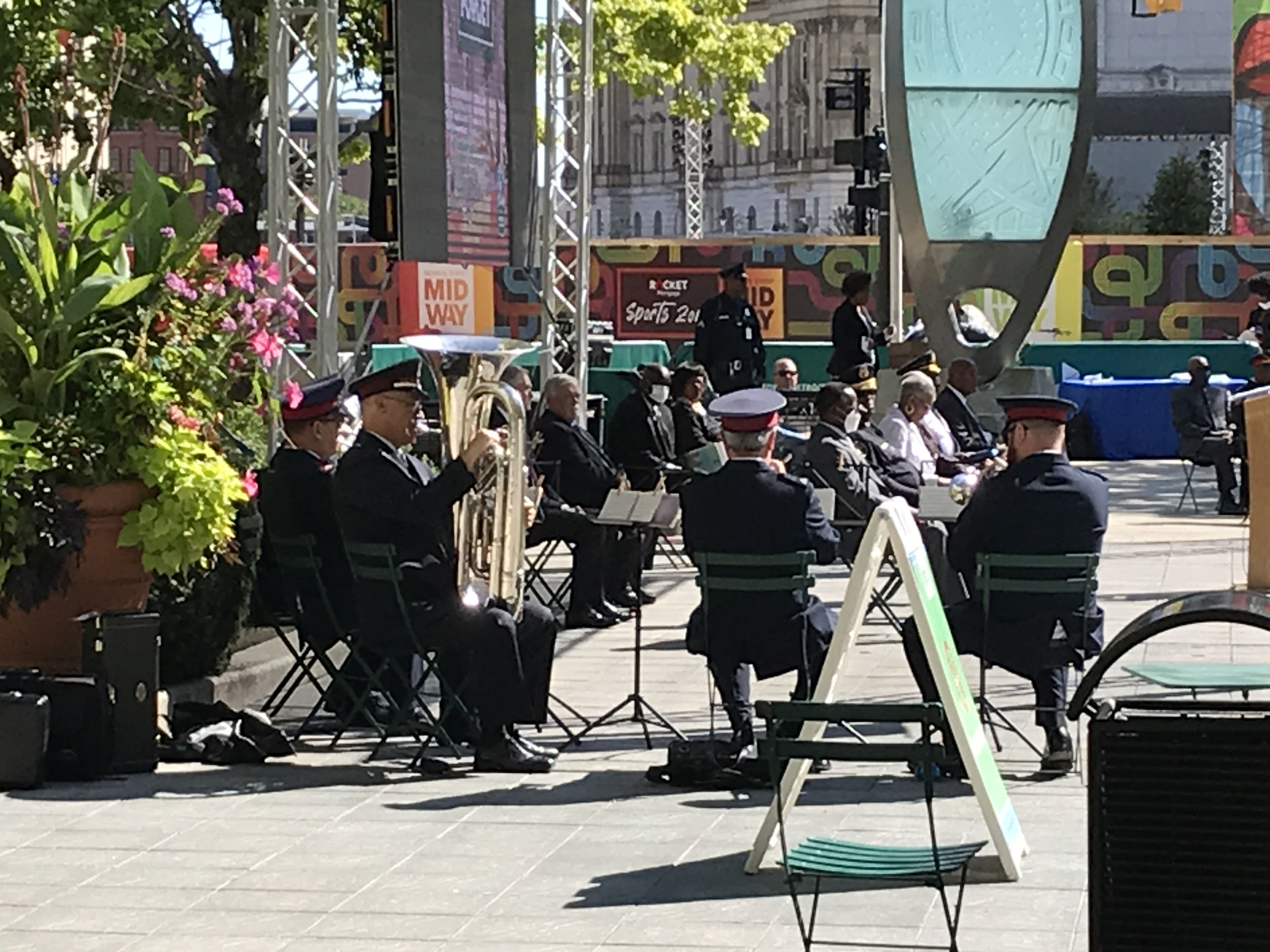