The Woodside Athletic Club in Beverly Hills, Michigan, hosted a Watch Party on Thursday, July 29 for USA Olympian Annie Lazor. Annie swam on the Woodside team since she was 5 years old and recently competed in the Tokyo 2020 Olympic Finals for the 200m Women’s Breaststroke. She won the Bronze Medal!

Meg Gordy, a close friend and neighbor of the Lazor family, designed and sold t-shirts to help root Annie on to victory. When Meg asked Annie which organization she would like the proceeds from the t-shirt sales to benefit, Annie immediately chose The Salvation Army, as her father David, who passed away suddenly in April, was a dedicated bell ringer and always held the organization near and dear to his heart. Annie and her fans raised nearly $1,200 for us this way. 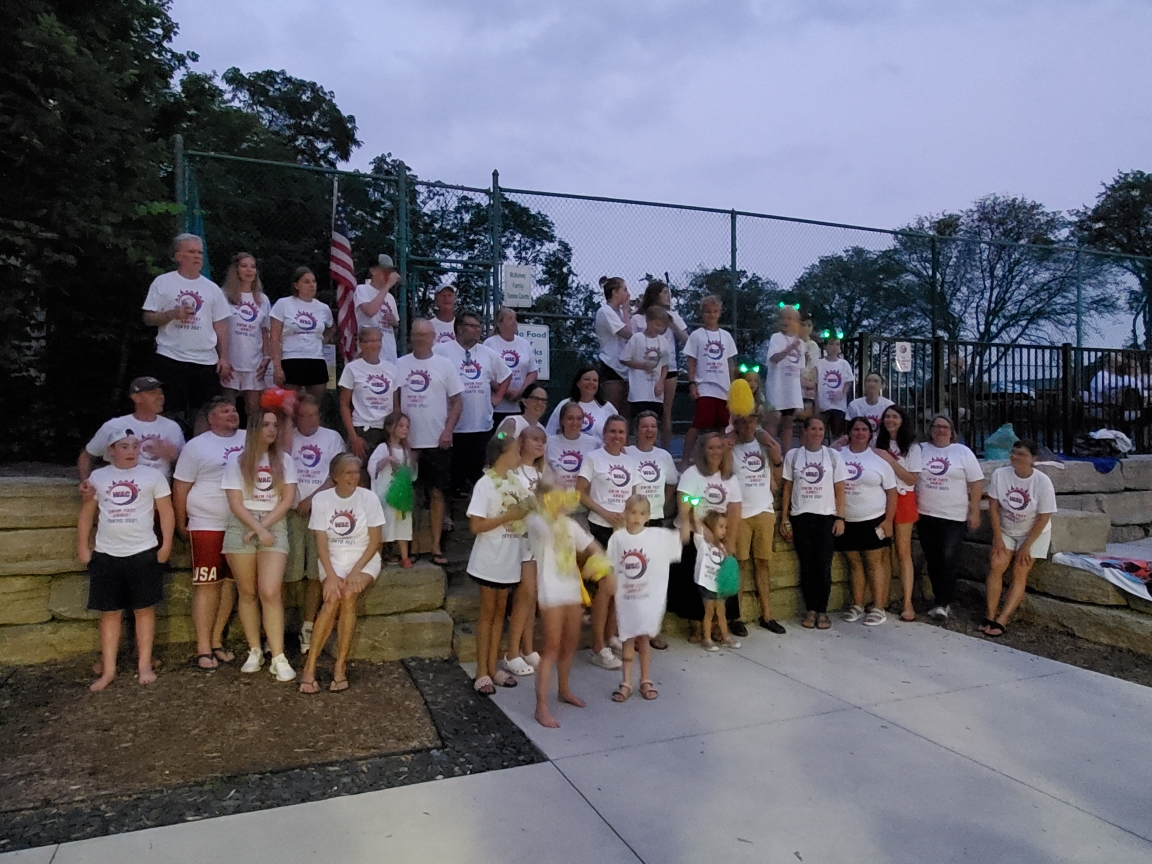 A large group of Lazor's supporters, all wearing T-shirts sold to support The Salvation Army.

We were thankful and honored to be part of the celebration event on Saturday, August 7, when Annie came home to Beverly Hills, Michigan for a neighborhood parade that proceeded to the Woodside Swim Club, where Annie first started swimming as a child. The event was hosted by George Matick Chevrolet, and our presence was a welcome surprise to an elated and touched Annie, who recognized the red shield and officer's uniform as she followed the parade's police and fire engine escort down the streets she grew up on. Not only did Annie fundraise almost $2,000 more for us during the event by signing swim caps for more donations to The Salvation Army, she inspired a group of young swimmers with a speech and had Major Tim Meyer share his remarks, including an encouraging Scripture, Proverbs 24:16. "For though the righteous fall seven times, they rise again." The verse is a reflection on Annie's journeys through hardships, from losing her father to her previous retirement from swimming, to emerge as a winner in the 2020 Olympics. We so admire Annie's generosity and humility. At the pinnacle of her success, she considered those less fortunate than herself through The Salvation Army, and we are glad that we are part of her amazing story. 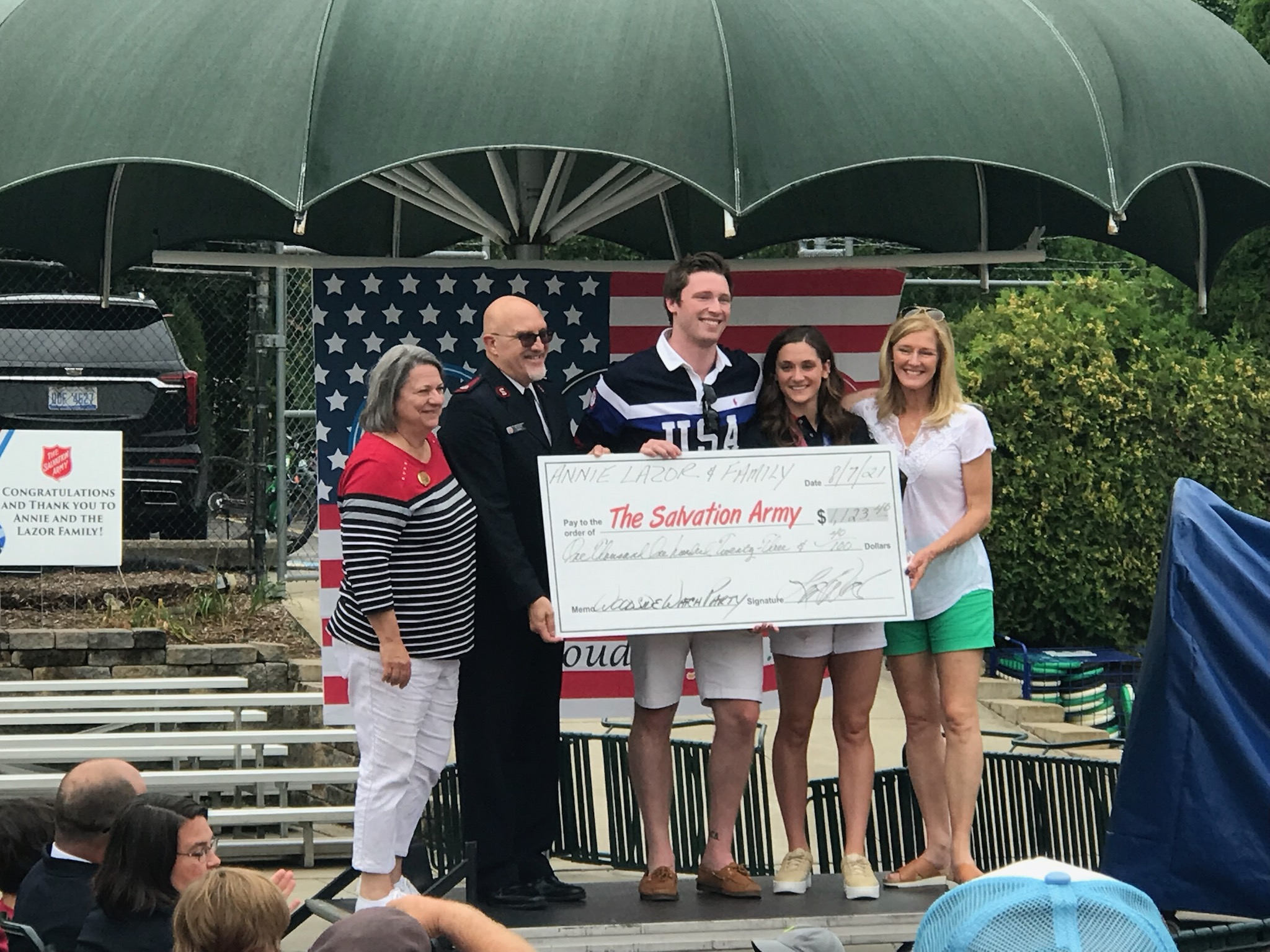 Annie Lazor (second from right) presents the total of her fans' donations on behalf of The Salvation Army Eastern Michigan Division.

You can watch more about Annie's story in this video!