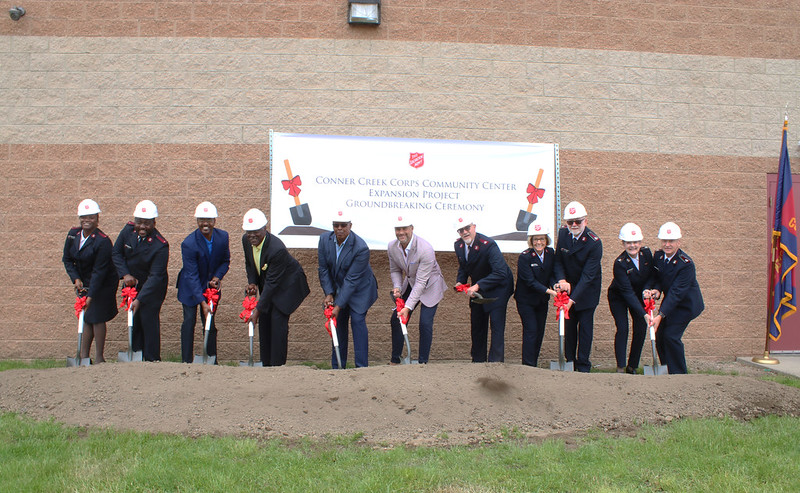 On Tuesday, June 14, The Salvation Army of Metro Detroit held a groundbreaking ceremony to kick off the expansion of its Detroit Conner Creek Corps Community Center, located at 3000 Conner St. on the city’s east side. The expansion is made possible through Conner Creek’s $4.3 million capital campaign and will include:

The Detroit Conner Creek Corps Community Center is one of three Salvation Army corps community centers located in the city of Detroit – and is the only one on the city’s east side. There are a variety of programs and services offered in the community, ranging from weekly food distributions to senior computer labs.

"Thanks to your support, this expansion will renovate and expand the food pantry, build more classrooms to increase mentoring, tutoring, computer classes, music and arts instruction, and recreational activities; and will build a high school size gymnasium so that kids can play sports such as basketball, archery, and floor hockey, and take sports lessons and play year-round," said Lt. Colonel John Turner, divisional commander of The Salvation Army.

Territorial Commissioners Brad and Heidi Bailey attended and spoke at the event. After the groundbreaking, the Bailey's stayed after and cheerfully served the community during the Senior Luncheon, which takes place weekly at the Detroit Conner Creek Corps Community Center. In their roles as Territorial Commanders, the Baileys oversee thousands of property expansions, but Conner Creek and the east side of Detroit holds a special place in their hearts. Over 40 years ago, their first appointment out of Officer's Training was at the Harding Corps Community Center, only a few blocks from the corps' current location. "Your donations to fulfill this vision will bless and provide prosperity and opportunity to generations to come," said Commissioner Bailey. "And you are helping to put an end to the generational poverty this community has experienced." 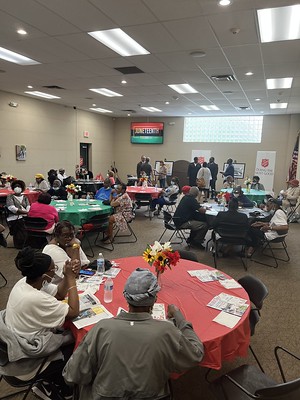 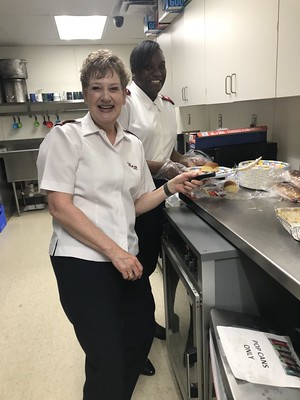 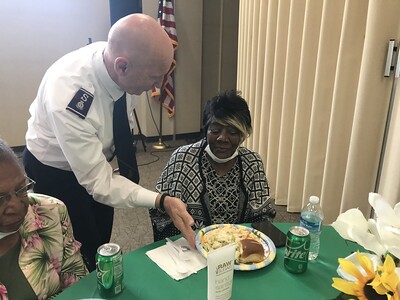 Key donors at the $25,000 level and above were given a brick to recognize their investment in the expansion. "Without your great concern for the well being others, we would not be here today, shovels in the ground, ready to break ground. You are a part of the foundation of this community. And we would like to recognize you as being part of that foundation."