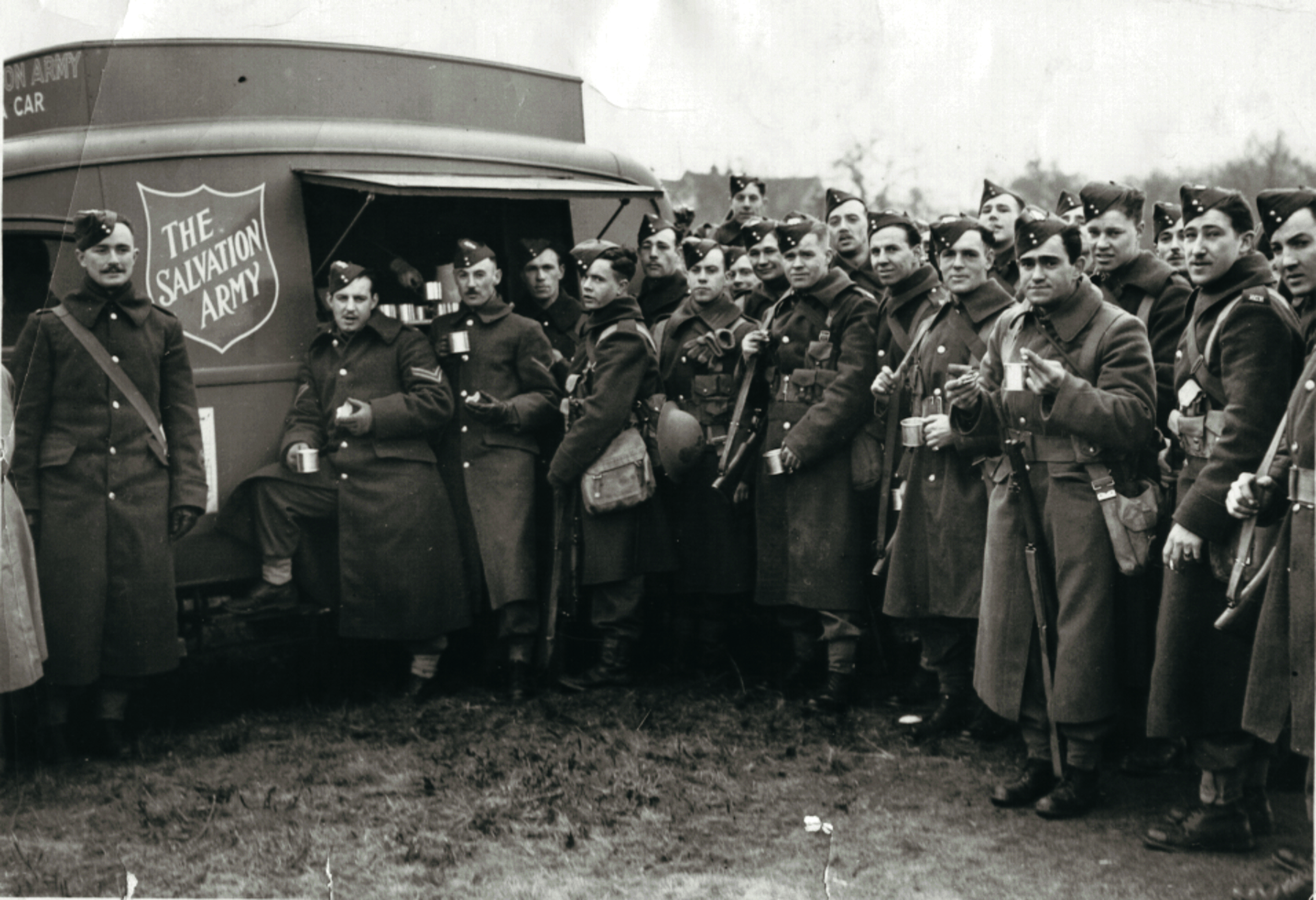 The Salvation Army Great Lakes Division recently received a letter from a donor who contributes annually for a very personal reason: her Father, who fought in World War II, spoke glowingly of The Salvation Army in action in World War II. She tells how they ventured into war zones where even the U.S. government would not go. As Christmas quickly approaches this is a timely reminder of the good your donation can do for those in need – throughout the Great Lakes Division and beyond. Below is the full letter:

Each year when I contribute to Salvation Army I think of the thoughts and feelings expressed to me by my father. He passed at age 95 but left behind many memories he had shared with me.

Dad served in WWII – he signed up for the Army and later became Air Force. In that transition, he was a medic ambulance driver, serving “on the beach and over the island” during the Battle of Okinawa. It took a while, but as time passed, he shared so many stories – the movie accounts we see today do not even begin to convey the horror of death and destruction he described: the sights, the smells, the incredible loss of friends, brothers, and their families at home.

Dad tried to communicate how the Salvation Army served during WWII. Not only were they on the battle front like many other organizations (such as the Red Cross) but they served the needs of soldiers where others did not – even the government.

He shared the importance of The Salvation Army getting soldiers home when there were medical emergencies or deaths in their families. Even 50 years later Dad expressed mental pain and disappointment that other organizations did not see the priority of dealing with these personal tragedies.

Would you like to join Kathy in supporting The Salvation Army this Christmas season? You can donate to the Great Lakes Division or volunteer as a bell-ringer.