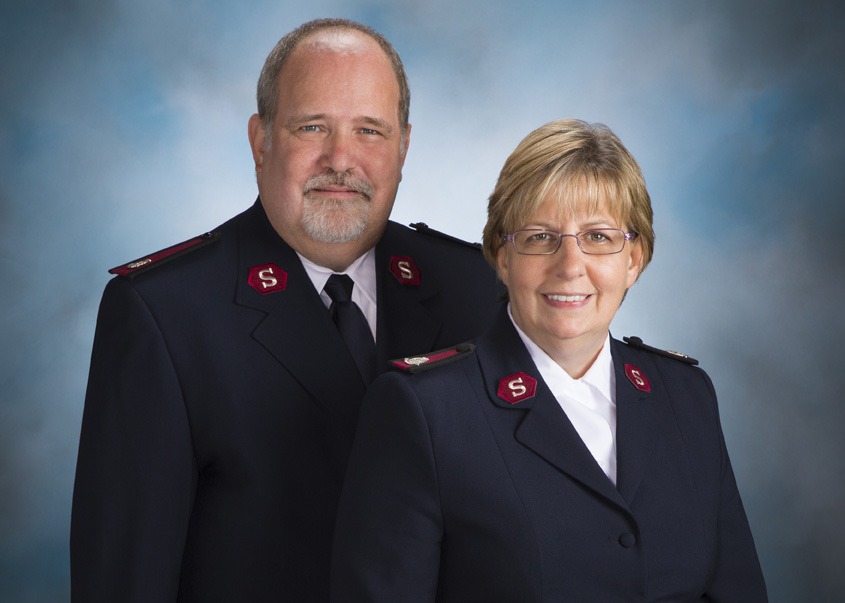 The Caddy’s ministry has included leadership of Corps Community Centers in Illinois, Wisconsin and Michigan. They served as Divisional Youth Leaders in St. Louis, Missouri and Divisional Secretary and Women’s Ministry Secretary in Grand Rapids, Michigan. In addition, the Caddys fulfilled leadership and senior teaching responsibilities for the College for Officer Training in Chicago, Illinois. Additional administrative appointments have included working in program development and officer recruitment activities at Territorial Headquarters in Des Plaines, Illinois.

Since 2013, the Caddys have served in leadership roles in Wichita, Kansas. In these roles, they worked with the community at large as well as the local Advisory Board to grow and improve the services and facilities to better serve the community. The Caddys have two adult children and three grandchildren. Glen and Carole enjoy walking, camping, travel and cruises, and spending time with family.