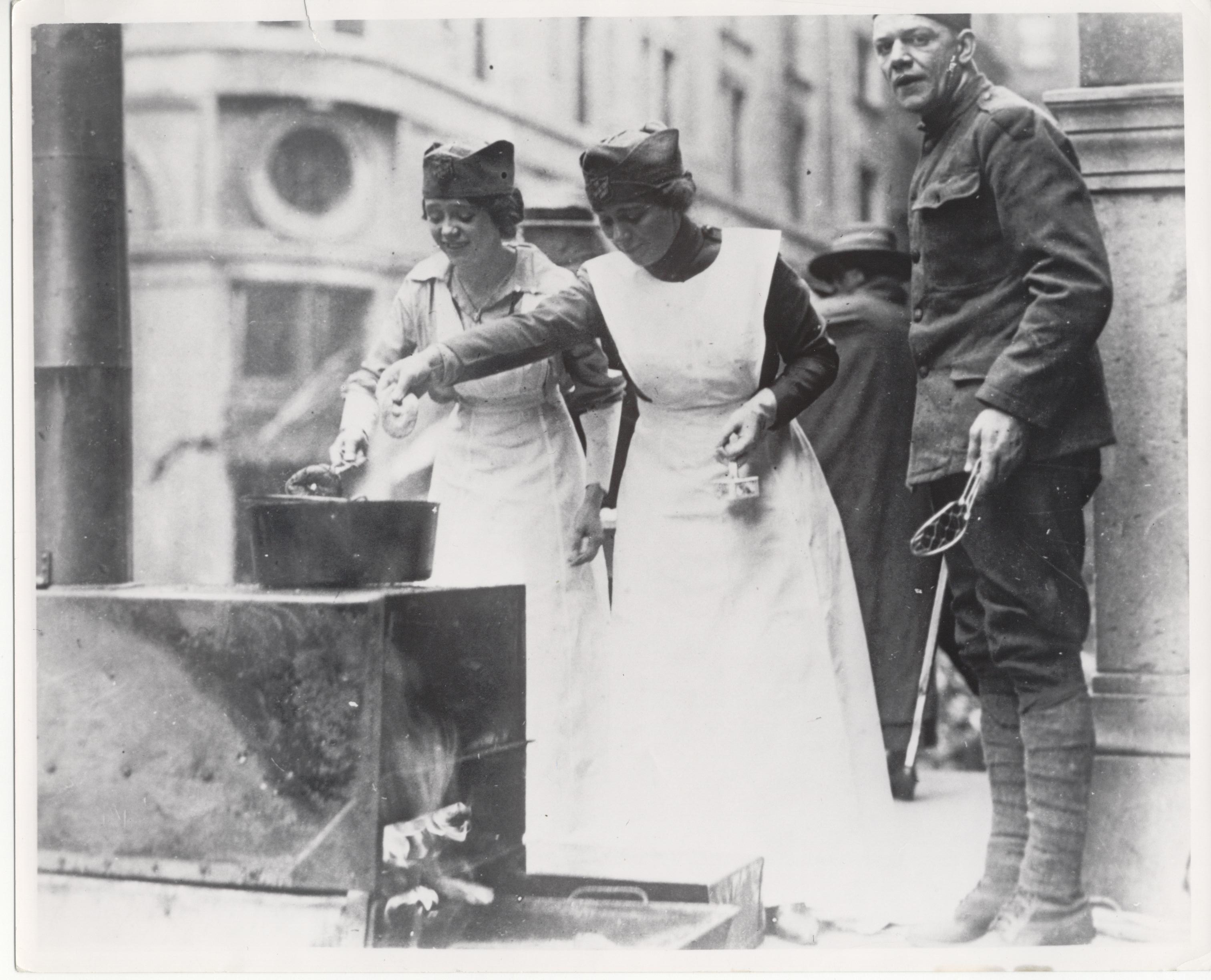 The Salvation Army in Chicago celebrated the first National Donut Day in 1938 to help those in need during the Great Depression and to commemorate the work of the “Donut Lassies,” who served donuts to soldiers during World War I.

In 1917, e Salvation Army began a mission to provide spiritual and emotional support for U.S. soldiers fighting in France during World War I. Nearly 250 volunteers traveled overseas and set up small huts near the front lines where they could give soldiers clothes, supplies and, of course, fried confectionary.

The “Donut Lassies” fried donuts in a small pan to boost morale of U.S. soldiers and are credited with popularizing the donut in the United States when troops returned home from war.

More than a century later, The Salvation Army is still supporting those on the front lines, even when it’s a different kind of battle. Since the beginning of the COVID-19 crisis, The Salvation Army has supported essential workers with ramped-up services to help with feeding, emotional healing, childcare, and sewing personal protective equipment.

National Donut Day is held annually on the first Friday in June. For this Donut Day, The Salvation Army will celebrate the work of the original “Donut Lassies” by delivering donuts to healthcare workers and first responders across the country who’ve stepped up to protect others during the COVID-19 pandemic.

If you would like to support the work of The Salvation Army in your area, give using the link below!