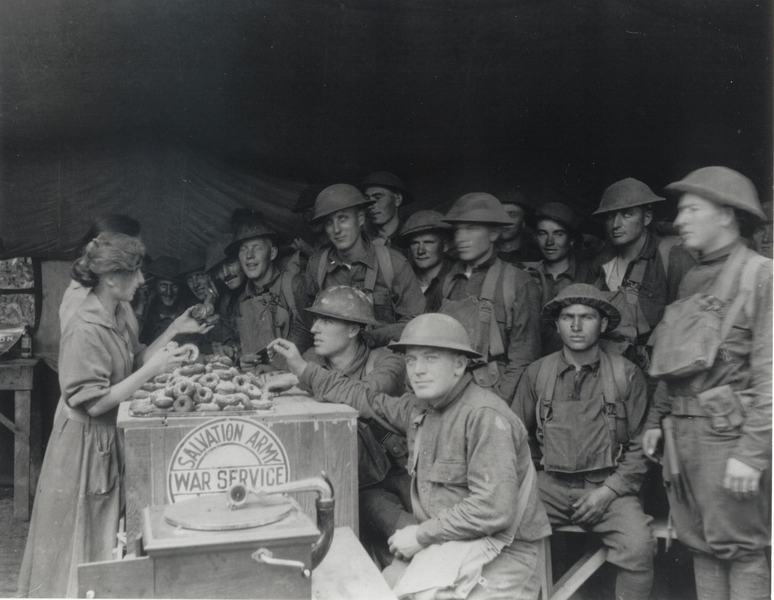 National Donut Day began in 1938 in Chicago, Illinois, to honor the “Donut Lassies” who provided support and encouragement to our troops during World War I (WWI). Today, we observe the national holiday on the first Friday of June.

During WWI, The Salvation Army began a mission to provide spiritual and emotional support to the U.S. soldiers fighting in France’s trenches. Approximately 250 volunteers traveled overseas to assist in the relief. They began setting up small huts near the front lines, where they could provide the soldiers with clothing, supplies, and baked goods. Due to limited rations, most volunteers soon realized that baking a variety of goods would be nearly impossible.

Indiana resident, Helen Purviance and counterpart, Margaret Sheldon, persevered by taking the ingredients they had on hand and making donuts, which 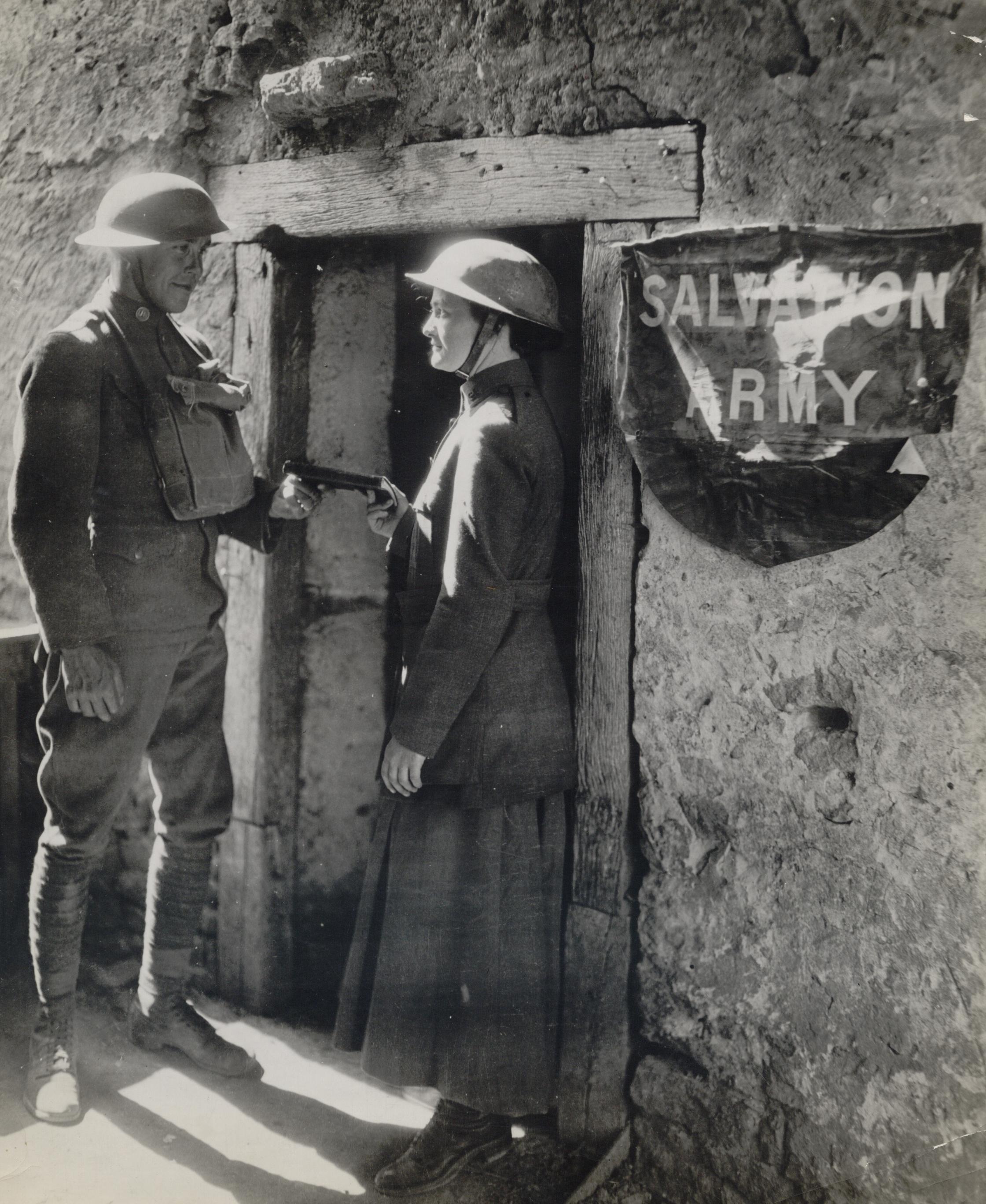 they initially fried in soldiers’ helmets. The donuts became so popular that kitchen tents were set up across the front with the newly nicknamed “Donut Lassies” frying up to 9,000 donuts every day. The women’s presence, combined with their delicious treats, lifted the soldiers’ spirits and reminded them of their support back home.

Together, these women served thousands of soldiers who came to stock up on essential goods and donuts! When the troops returned home, they were nicknamed “doughboys,” and the popularity of the donut soared throughout the country. The donut remains a symbol of heroism, hope, and home.

More than a century later, The Salvation Army continues to support those on the front lines by providing various resources, spiritual guidance, and… donuts in times of need.