After 2 years of postponement, The Salvation Army Metropolitan Division’s Annual Civic Luncheon returned with all manner of pomp and circumstance. Generosity was aplenty, inspirational words were spoken, and those in need in the Chicagoland area will see a better tomorrow. 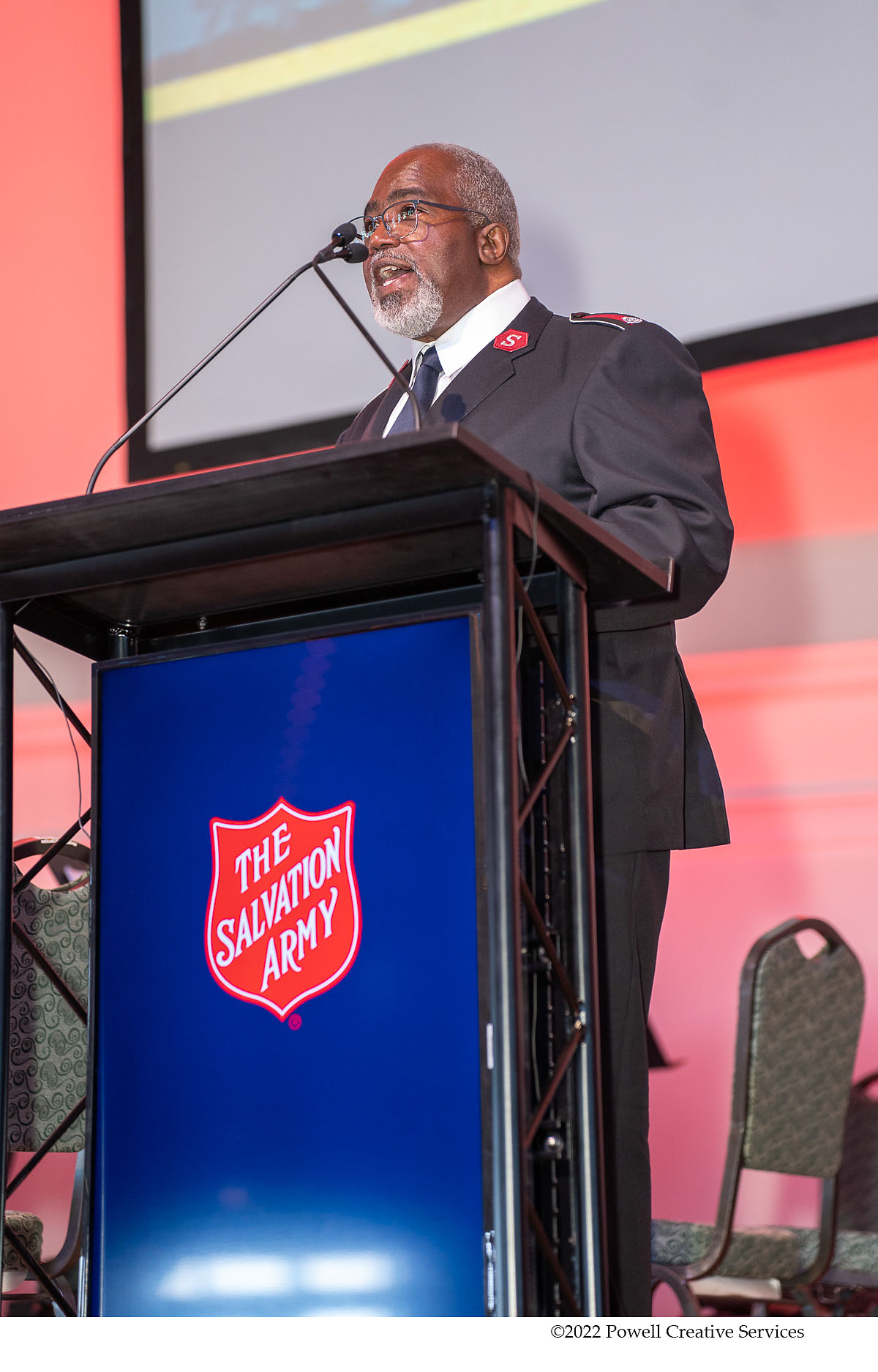 On May 12, members of the Civic Luncheon committee, Brian Bernardoni and Tiffany Hightower, and Lt. Colonel Patty Richardson delivered welcoming remarks and prayers. Phil Rogers (NBC5), our master of ceremonies, continued with opening remarks to kick off the event. He spoke of how The Salvation Army is unique in that its structure and positions resemble the military, but that the organization doesn’t engage in combat in the traditional sense.

“The soldiers are volunteers and religious leaders, and their artillery is love. That’s what makes the Army unique,” he said. He also spoke on how momentous it was that we could finally gather again in person. 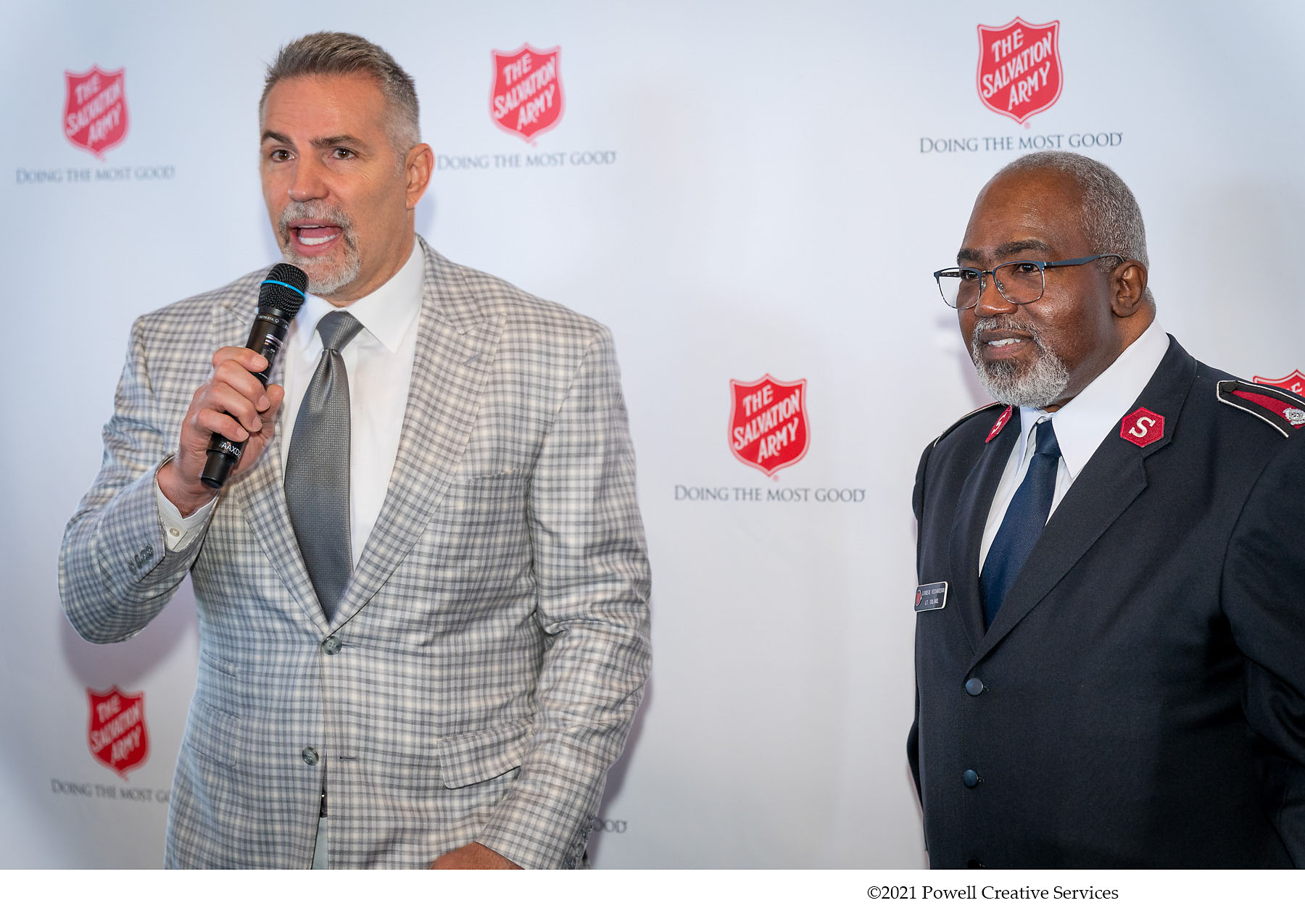 Sylvia McNair, a critically acclaimed and Grammy Award winning soprano, dazzled attendees with musical selections like Summertime by George Gershwin and an original song called Be the Light by her accompanist, Kevin Cole. She also took time from her set to discuss how amazed she was by the efforts of The Salvation Army Metropolitan Division in 2021. Lt Colonel Lonneal Richardson then introduced the event’s keynote speaker, Kurt Warner. The 2x NFL MVP delivered words of inspiration regarding core values and that the moments that matter are ones done “in practice.”

Presented by Commissioner Brad Bailey, the Others Award was granted to Tony Medlin for his inspirational work orchestrating coat drives on behalf of the Chicago Bears and with the assistance of The Salvation Army. The prestigious William Booth award was granted to Marc and Jeanne Malnati for their gracious time and financial giving over many years.

The afternoon continued with a heartfelt and deeply personal testimony from someone whose life was righted by help from The Salvation Army. John Donovan spoke to us on his experience with addiction, the effects it had on him, and how he found The Salvation Army which helped him to recover from a disease that affects many in the Chicagoland area and nationwide. 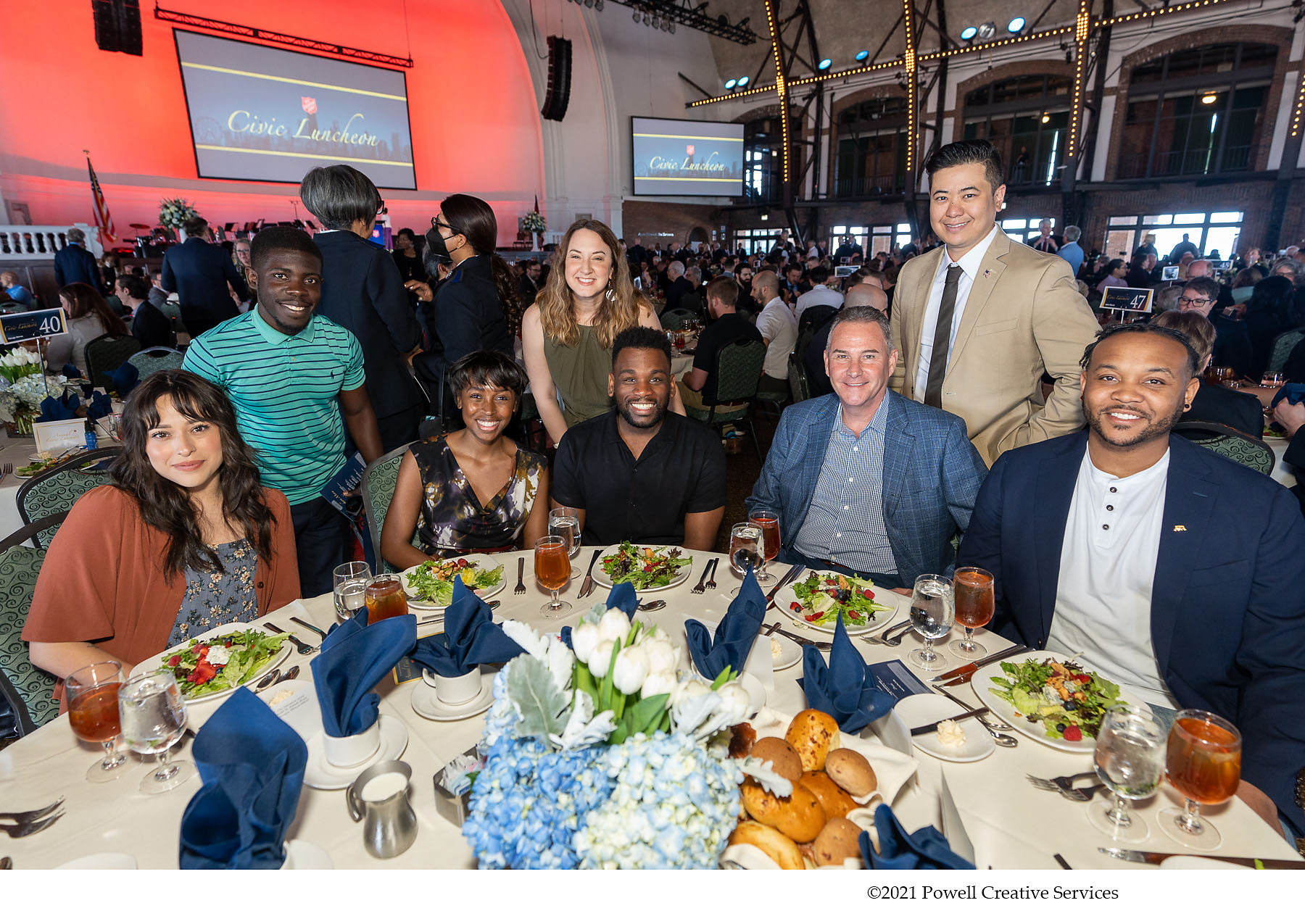 As Emma Asante (NBC/Telemundo) eloquently urged attendees to give generously during the final moments of the ceremony, The Chicago Staff band performed a warming rendition of “Amazing Grace” and closing statements were shared by Phil Rogers, Lt. Colonel Lonneal Richardson, and Major Caleb Senn. To benefit those in need in the Chicagoland area, the Annual Civic Luncheon raised $770,000 for The Salvation Army Metropolitan Division to continue Doing the Most Good in every community.