Giving Computers – and People in Need – a Reboot 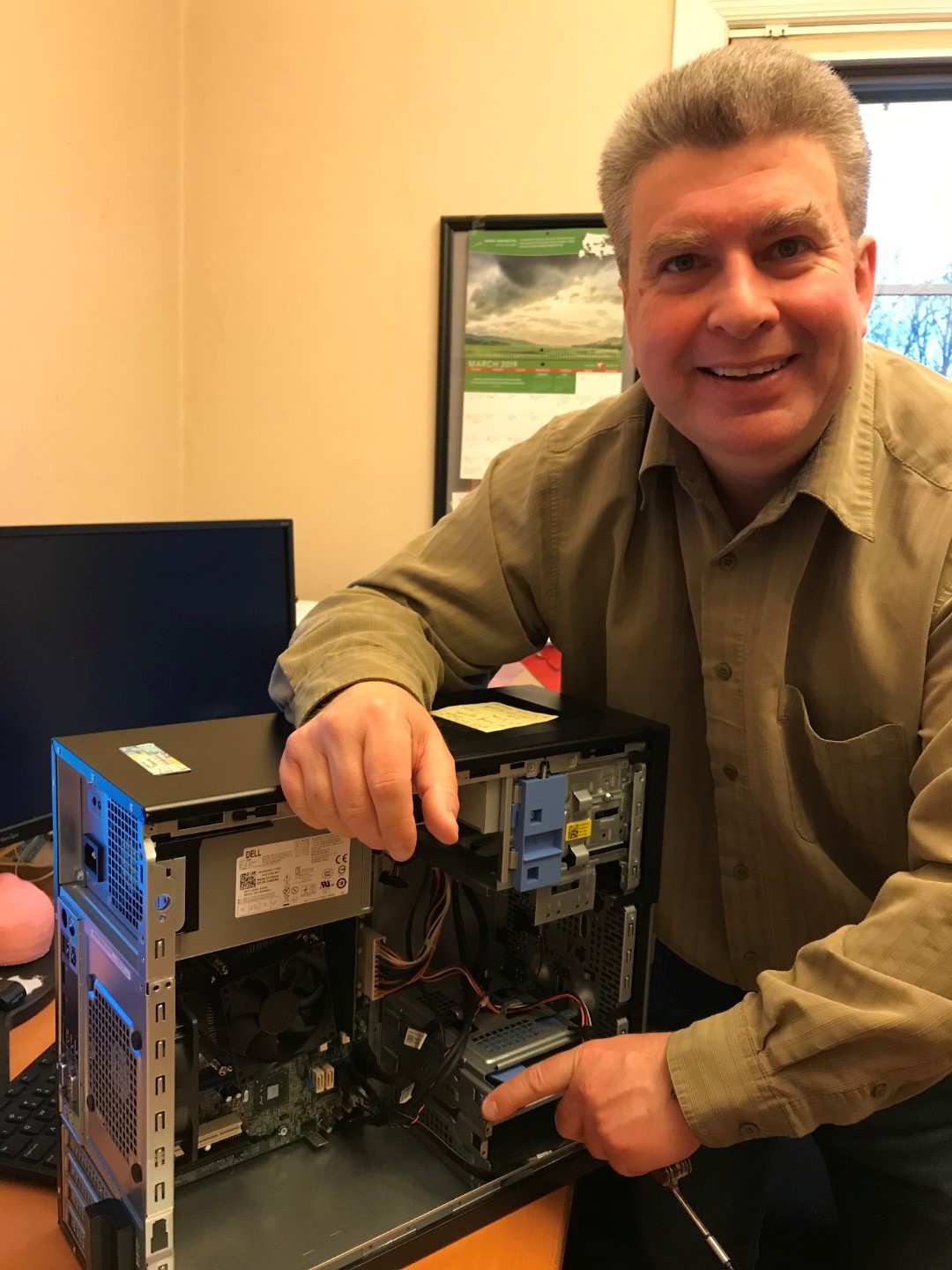 Four-year-old Arya is starting to recognize numbers and words, thanks in small part to Peter Mozdzierz, a man she’s never met.

Arya’s mother, Dana, recently started school to become a medical assistant. She wanted to buy a computer so she could be home with her daughter while doing homework, instead of stuck at their local library’s computer lab.

“But they’re pretty pricey,” Dana said. So she was extra grateful – and shocked – when she received a computer for free through The Salvation Army Norridge Corps Community Center. The used computer had been refurbished and donated by Mozdzierz, a man she simply knew as “a friend to The Salvation Army.”

Thanks to that new computer, Dana does her homework at home and Arya is playing educational games that give her a head start on learning.

The computer has provided more than just an opportunity to do homework. Dana said it has given her more flexibility and time with her family, and has helped all of them learn more. “It really has brought my daughter and I together,” she said.

A Season of Need

Mozdzierz, a 49-year-old Park Ridge resident, volunteers his time and computer talents because he knows what it’s like to be in need. In 2009, he lost his job in the computer industry. At the time, his wife, Monika, wasn’t working and they had four children, the oldest only 11. (They’ve since added twins to the family.)

It was the middle of an economic downturn, so jobs were hard to come by, even in his usually in-demand field of computers. As the weeks of job searching turned into months, Mozdzierz said, “It became quite a challenge to put food on the table and pay bills.”

So he turned to his neighborhood Salvation Army community center, the Norridge Citadel Corps, which provided the family with groceries through their food pantry, toiletries, back-to-school supplies, Christmas presents for the children and scholarships for summer camp. “They were a great help,” Mozdzierz said.

After working a couple of temporary jobs, Mozdzierz finally landed a permanent job about a year into his search. The pay wasn’t the same as the job he’d lost, so the family continued to lean on the Army until they caught up financially.

Once they were back on their feet, Mozdzierz knew it was time to give back. He was fielding many requests for help from friends and family members with computer problems, and in the process some would ask how to dispose of an old computer. Mozdzierz saw his opportunity.

He began reconditioning those old computers, installing them with free software, and donating them to The Salvation Army for families in need. “They’re not the fastest or best computers, but perfect for emailing or browsing,” he said.

Pamela Church-Pryor, Community Ministries Director at the Norridge community center, was thrilled when Mozdzierz approached her with his first donation three years ago. “It delighted me all the more that he initiated the idea,” she said. “But Norridge is rich with this kind of response. We’re really blessed in that way.”

In addition to Dana’s family, the refurbished computers have gone to several Pathway of Hope families, including one with a daughter who’s a student at Dominican University in River Forest. She could check out a laptop from her campus, but only for three days at a time, which was proving to be difficult logistically.

When Church-Pryor asked Mozdzierz if he might have a laptop available to donate, he told her he’d just finished fixing one. “It was clearly a God thing,” she said. Mozdzierz now donates a computer every two to four months, whenever he can get his hands on an old computer and finish reconditioning it. Church-Pryor considers the people she’s working with at the time and usually the recipient becomes apparent. “They’re always over the moon, and very appreciative,” she said.

The Blessing of Giving Back

With six kids, the oldest now 21, Mozdzierz gets creative in finding time to refurbish the computers. He often installs software overnight and teaches his kids as he’s working. “It’s beneficial for them to know more about computers anyway,” he said.

His children are learning other important lessons in the process. Recently, Mozdzierz’s 12-year-old daughter, Veronica, asked her dad if he gets paid for this computer work. “I told her yes, just not in dollars – but in the personal satisfaction of helping others.

“That I can do something for someone else without receiving anything in return makes me feel wonderful,” Mozdzierz said. “God will pay me back in His own way.”

Learn how you can join the Fight for Good: