Hazmat Suits and a Big Heart 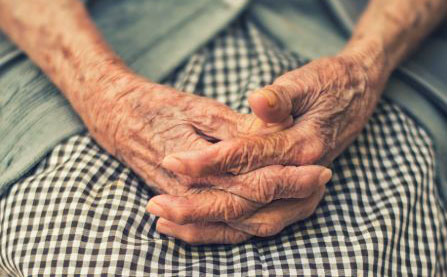 It’s not every job that requires a ready supply of hazmat suits and could put you in the path of a barely clothed elderly person running down the hall. But Ann Wilson doesn’t have just any job. She’s a Well Being Responder with The Salvation Army, part of a department that’s contracted by the City of Chicago’s Senior Services Division.

Here’s how it works: If someone calls the 3-1-1 social services emergency line with concerns about an elderly person – perhaps a landlord who hasn’t seen an older renter in too long, an out-of-state family member having trouble reaching grandma, or a doctor’s office with an elderly patient who’s missed her last few appointments without calling – they contact Ann’s department, and she’s sent to perform a well-being check.

As soon as possible, she shows up unannounced to assess the situation and help the senior get connected to any needed medical care or social services. She only goes in if invited. And if she suspects the person is deceased, she calls the police. 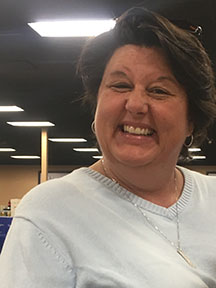 “You never know what you’re going to get,” says Ann, a 51-year-old who’s been in social work for more than 25 years. Even though she’s only been in this role since March, she’s already seen a lot when she knocks on those doors, including rodents and bed bugs (hence the box of hazmat suits she keeps in her car). When asked if she ever gets frightened knocking on strangers’ doors, she shrugs and says, “Nah, I’m six feet tall, I have a Salvation Army name badge, and I carry a big bag.”

Some of the seniors (those 60 and older) behind those doors suffer from dementia and have simply gotten confused and out of touch with others. Some have medical issues that have forced them to be homebound for a season, or for good. Others suffer from mental health issues, like Pat.

Something Close to a Miracle

Pat’s family asked for a well-being check when they learned she was going to be evicted due to her ongoing hoarding issues. Ann got Pat immediate medical attention for her multiple bug bites, and soon realized that Pat would no longer be able to live alone. Ann explained to Pat that her possessions were too bug-infested, dirty, and smelly to be recovered, which is nearly impossible news for any hoarder to accept. But Ann stayed with Pat until she knew she was connected to the services she needs, just as she does with all her clients.

In a thank-you letter that Pat’s family later sent to the Army, they mentioned how much it meant to them that Ann went above and beyond by going back to Pat’s bug-infested home to recover her dentures and some family photos. She also helped Pat relocate to a facility that will care for her unique needs, a step Ann struggled with. “Who am I to make this decision?” she asked herself. “But I realized if I didn’t, she’d be homeless.”

That letter of thanks from Pat’s family confirms she made the right decision. “We all live at a distance or out of state and could tell that Pat is losing ground,” Pat’s relative wrote. “As Ann and The Salvation Army became involved in getting her moved, we could see that there was a light, a real light, at the end of the tunnel. Pat is now in a safe place, getting her meals and her meds. She is clean and getting monitored for her multiple problems. We owe this mostly to Ann, who did the hard work of getting Pat moved. I cannot say thank you enough for what we consider something close to a miracle.”

Caring for the Invisible

In all of these home visits – meeting the 75-year-old living above a Harold’s Chicken who had no running water for six months; the woman on the south side whose broken pipe leaked sewage into her basement; the woman surviving on coconuts, toast, and avocados – Ann is most struck by how isolated and lonely many seniors are.

“Many of them simply don’t know where to get help, so they suffer with the lack of water, the sewage, the hunger,” Ann said. “Many say to me, ‘I thank God for you. I’d been praying for help.’”

Most of her clients are on low, fixed incomes – doing the best they can with social security or disability checks. Most also don’t have family in the area and don’t want to give up living independently. “Some cling to independence; it’s one thing that’s theirs,” Ann said, also lamenting the fact that there’s a lack of low-income senior housing throughout Chicago. “We need serious reform of senior care, especially with baby boomers aging.”

After seeing these needs up close, Ann encourages others to volunteer at a local senior home or assisted living facility. “Listen to seniors,” she said. “They’re often ignored, especially those who are low-income. Many feel invisible. But everyone needs to feel heard. Everyone has a story.”

Ann is grateful that this job has allowed her to be those listening ears, those helping hands. Though the work is often heavy, she loves finding ways to leave her clients in a better condition than when she met them. “God taught us to help others,” she said, explaining her motivation. And while she was initially surprised that The Salvation Army does this sort of assistance for seniors, she is thankful to have joined a team doing this important work. “I’ve found my place to me, a place of love and goodness. God definitely led me here.”