How The Salvation Army Gave Devaldis Another ‘Last Chance’ 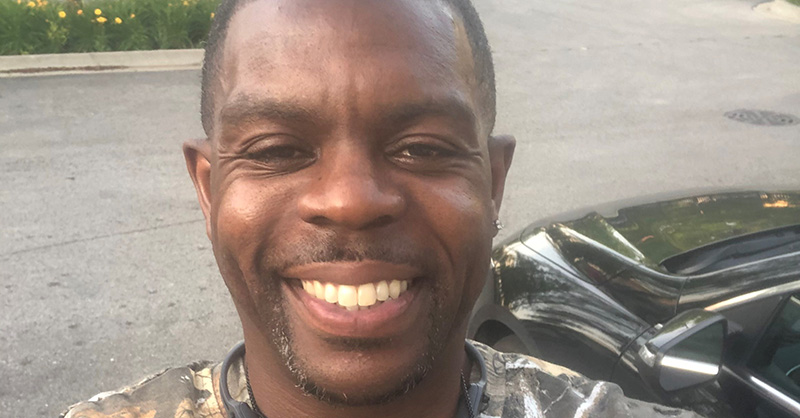 Devaldis has spent a lot of time in alleys throughout his life – though his reason for entering one changed dramatically a couple years ago. For much of his 44 years, he saw alleys as a place to buy or sell crack. He now enters alleys regularly as part of his job in sanitation for the City of Chicago.

No one is more surprised – or thrilled – by this change than Devaldis. “What a miracle,” he said. “Actually keeping a job.”

He doesn’t take this life change for granted. He was in and out of alcohol and drug treatment programs more than 10 times before his stay at The Salvation Army’s Harbor Light inpatient substance use disorder treatment program. That was two years and 54 days – and in many ways, a lifetime – ago.

Devaldis started out drinking, then abusing, alcohol before moving on to selling crack. “Then I became my own best customer,” he said. Describing his life then, Devaldis says he wasn’t responsible, dependable, taking care of his kids, or making good decisions. “All my life was centered on drugs,” he said. “I created my own pain, until it became unbearable.”

That breaking point used to start a cycle. He would go through a rehab program, experience some success, then go back home. “Once I got a job, a car, an apartment, a girl, I’d think I’ve got this. I’ve arrived. I don’t need the program,” Devaldis said. “I tried to do it my way, not their way.” Unfortunately, his way kept leading him back to the drugs.

One of the biggest hurdles for Devaldis was realizing he was an addict. “It took me 13 years to admit that. I kept telling myself lies over and over,” he said, adding that previous stints in rehab programs didn’t change that. “My spirituality wasn’t there. I was still lying and cheating. And the first step of recovery is honesty.”

A Spirit of Peace 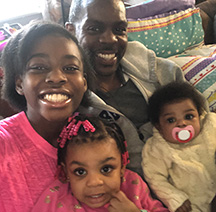 Devaldis admits that even during the intake process at Harbor Light, he wanted to leave. “But God put some people in my life who talked me down,” he said. “I love the counselors there. They were very instrumental in my recovery. Harbor Light is a great program. It was a great environment to recover.”

Where his life once centered on drugs, Devaldis now says his primary purposes are staying sober and helping other alcoholics. He still lives at the Harbor Light facility, where he chairs four Alcoholics Anonymous meetings a week. “I tell the others, God did it for me, He’ll do it for you.”

Today, Devaldis says his life is marked by “a spirit of peace and humility.” He can laugh, smile, and have fun, things he said weren’t true before. He’s reestablished a relationship with his children and has better interactions with their mother. “My kids’ mother hated the person I was,” he said. “We talk to each other now, not at each other.” He seeks God on a regular basis and credits Him for removing his obsession with alcohol and drugs.

In the near future, Devaldis hopes to secure permanent employment (his current position with the City is temporary), move to his own home, and continue to help others. With the support of his Harbor Light community, his hopes for achieving those goals are high.

“God sent me there,” Devaldis said of his time with Harbor Light. “I’ve had a profound alteration – all due to God and The Salvation Army giving me another chance after my last chance.”