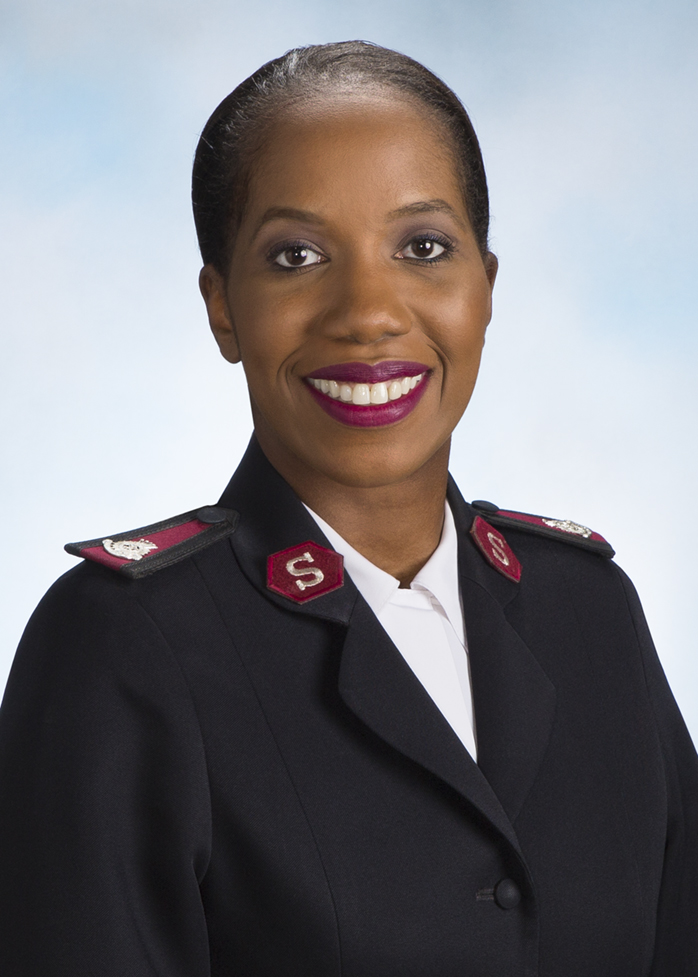 This Women’s History Month, we introduce you to Major Johanna Pook, one of The Salvation Army’s inspiring female officers. She serves as officer for Business Administration and one of the Pastors at the Ray & Joan Kroc Corps Community Center in Chicago’s Pullman neighborhood.

Major Johanna Pook’s earliest memories of growing up in a Salvation Army family revolve around music, and it was music that almost took her life in a completely different direction.

Major Jo, as she is known, spent most of her childhood in Panama, where on community feeding days her father, a Salvation Army officer, would go outside and beat a big bass drum.

“People from the community knew that was the signal to come get food,” Major Jo explained. Young mothers would bring Tupperware containers so they could take food home to their children. Seniors would gather in the dining room, savoring the conversation as much as the warm meal.

Drawn by God – and Fame

Major Jo attended a summer music camp when she was 12. One night she was especially moved by one of the songs – so moved that she went up to the altar, where she sensed God calling her to something more. “I didn’t exactly know what yet,” she said. “But God was definitely speaking to my heart to serve Him.”

Her mother, also in attendance that night, was moved by God’s calling on her daughter’s life. In fact, her loving encouragement, “Remember your calling,” became a persistent drumbeat in Major Jo’s life.

Music continued to play a role in Major Jo’s life as she joined the school’s dance team, a music conservatory, and an all-girl group that was regularly invited throughout the area to perform their songs and dances. The group was talented enough that a manager approached them, offering to move them to Canada and help them become the next teen sensation.

But Major Jo’s mom said no. “Remember your calling,” she said. Young Major Jo was devastated. “I definitely struggled with some resentfulness during those years,” she said. 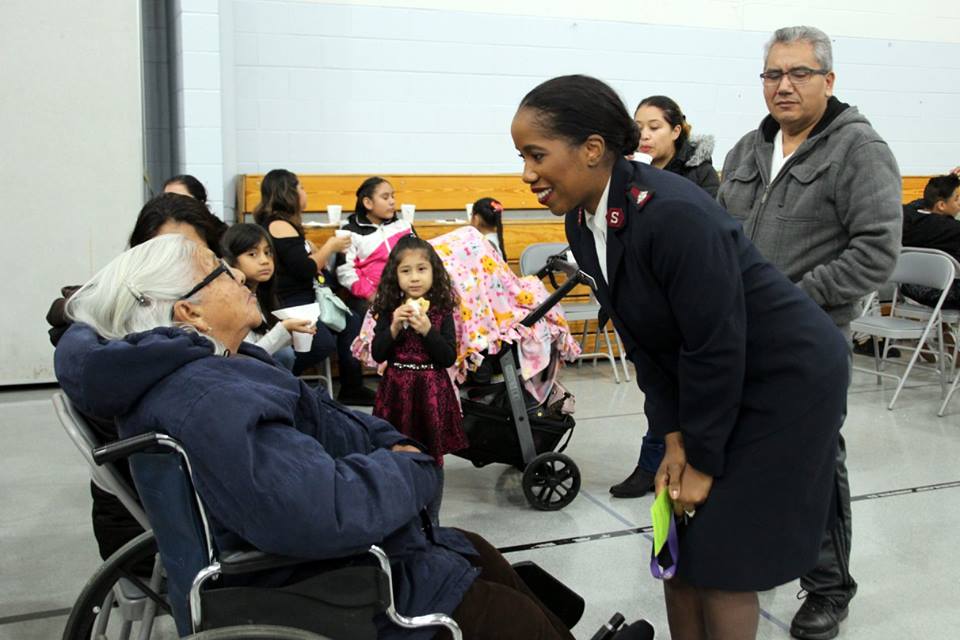 Searching for a Plan B, Major Jo decided to study languages and education in college, a decision her mother reluctantly supported. “Remember your calling,” she implored her daughter. Major Jo decided that she would only enter a life of ministry if she could serve in a French- or English-speaking country. “I put obstacles in the way to my serving in ministry.”

Her parents, undeterred, encouraged her to reach out to Salvation Army officers in France and the United States to explore her options. Jo sent out letters, but her heart wasn’t in it, and she never seriously considered the invitations to come study and train abroad.

In 1996, Major Jo’s parents were asked to move to Chicago to serve at a Spanish-speaking corps community center. While they deliberated, Major Jo told her parents, “There’s a need. You’ve been asked. Go for it.” She didn’t realize they planned on taking her and her younger sister with them.

So Major Jo transferred to a college in the U.S., changing her major to early childhood education. As she got settled, she stumbled upon a letter she’d received years prior from a Salvation Army officer, inviting her to study in Chicago. That man was now her parents’ Divisional Commander.

With awe, Major Jo remembered her long-ago words and realized she was indeed in an English-speaking country, and in contact with an officer who’d expressed interest in helping her serve in full-time ministry. “All my excuses faded and everything seemed to be leading me to join The Salvation Army as an officer. It was clear God was opening these doors.”

A Legacy of Leadership 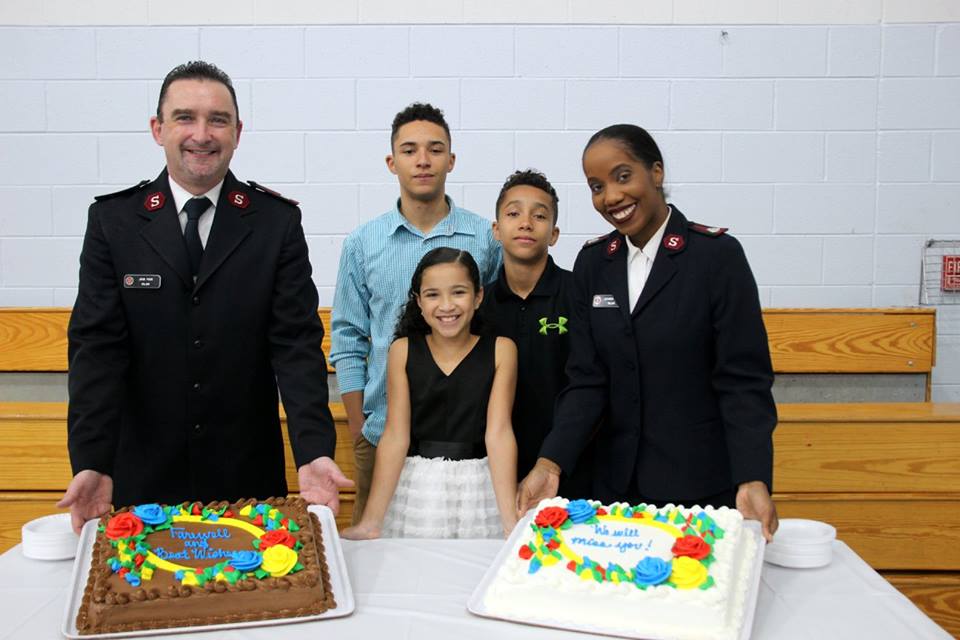 Soon after, she went on a trip to Chile, where she was delighted to do missions work again. “It really confirmed my calling, and that the language did not matter as long as I get to do God’s will and minister to His people,” she says. At The Salvation Army training college, she met John Pook, an Englishman who would become her husband and partner in ministry.

Major Jo draws on the inspiration her mother was in her own life to encourage other young women. “As a Hispanic, Black woman leader, I tell these young women not to give up, to stay strong, to work hard,” she said. “And be true to yourself as you follow God’s lead. Don’t copy others. Each woman is uniquely and wonderfully made. Each woman has God-given abilities that this world needs.”

Now stationed at the Kroc Center, Majors Pook are surrounded by great needs in their urban neighborhood. “We know where hope lies, and we get to be light in these dark corners,” Major Jo says.

Recently, during the Polar Vortex that gripped Chicago with life-threatening cold, they realized how important their ministry is. After closing their center for one day to allow their staff to stay home and safe, they decided to open the next for whoever could make it in. To their surprise, “Our place was packed!” Major Jo says.

“What a privilege it is to provide a center of refuge, a beacon of light, a place of peace and rest,” Major Jo says. “People desperately need that. This is my calling. And this is why we keep fighting for good.”

Learn how you can join the Fight for Good: