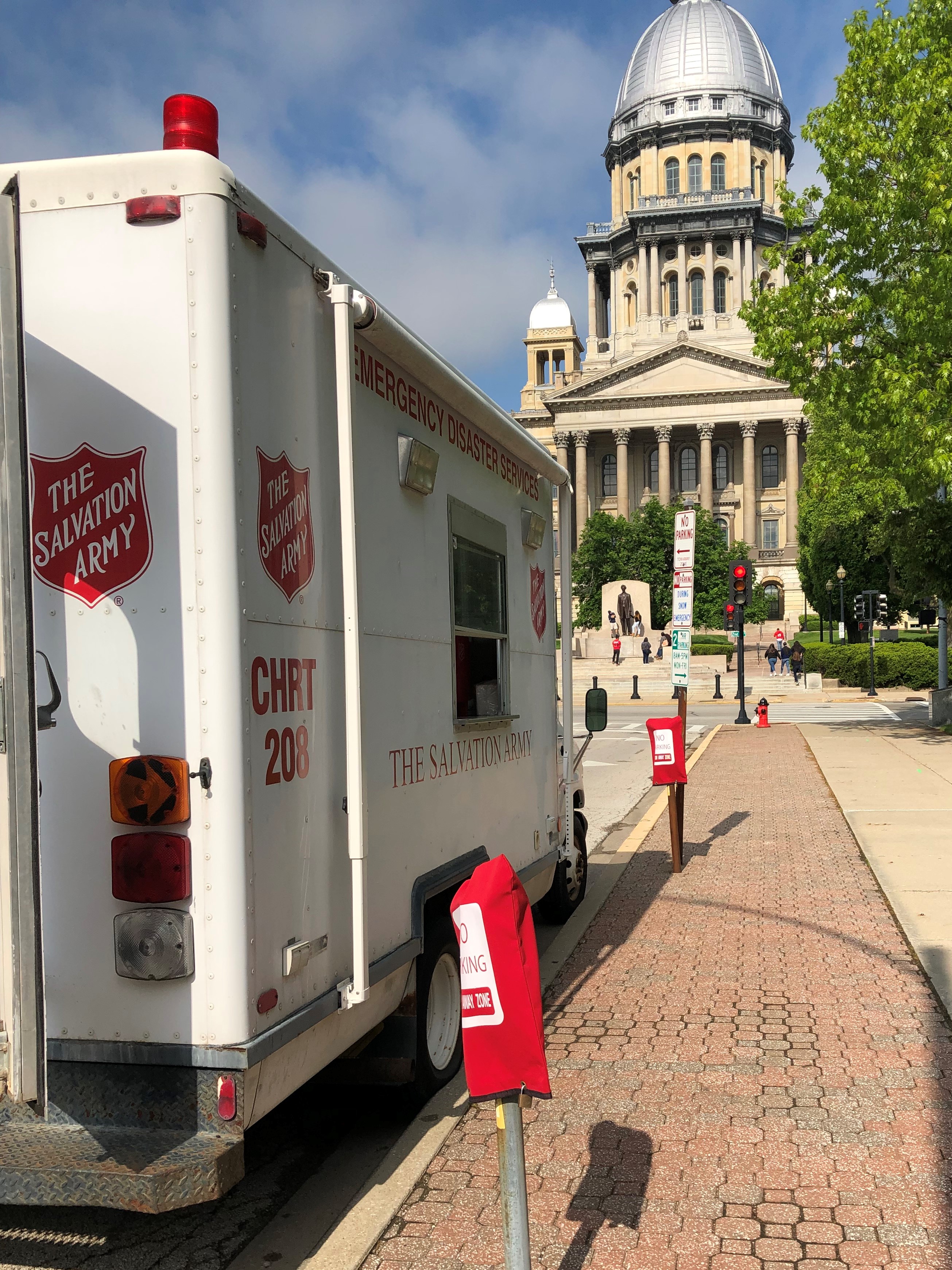 Officers and staff from The Salvation Army Metropolitan Division visited state lawmakers in person on May 15 to discuss priorities and funding needs as the legislature works to pass a budget. The conversations focused on homelessness, mental health, and the opioid epidemic.

Major Merrill Powers, executive director of The Salvation Army Harbor Light Center in West Humboldt Park, discussed the difficulty in meeting the needs of the community in the opioid crisis amid declining state funding, specifically through the Division of Substance Use Prevention and Recovery, or SUPR.

“What has typically been a 30-day treatment program for individuals who have been using heroin for sometimes 20 years, it now becomes 3, 9, 10 days,” he said.

“Mental health… is always a concern because you know what, it’s bipartisan,” Cullerton said.

“We are increasing the cost for people to have FOID cards, and part of that was to put money toward mental health,” Willis said.

Leaders from The Salvation Army expressed concerns about the impact the increase in the minimum wage to 15 dollars per hour by 2025 could have on low-income families. Willis confirmed the legislature is looking at increasing the income eligibility guidelines for child care assistance.

Major Nancy Powers asked for start-up seed money from the state to launch social enterprises for teens on the city’s west side.

Officers from The Salvation Army’s Metropolitan, Heartland, and Midland divisions participated in the annual trip to the Capitol. In addition to Cullerton and Willis, Salvation Army officers and staff also met with Senator Laura Fine, and Representatives Robyn Gabel, Tom Weber, and LaShawn Ford. The trip comes one week after The Salvation Army hosted an emergency meeting on the heroin epidemic amid a rash of overdoses on the city's west side. Planning for the 2020 visit to Springfield is already underway.

The Fight is Now. Join the Fight for Good: