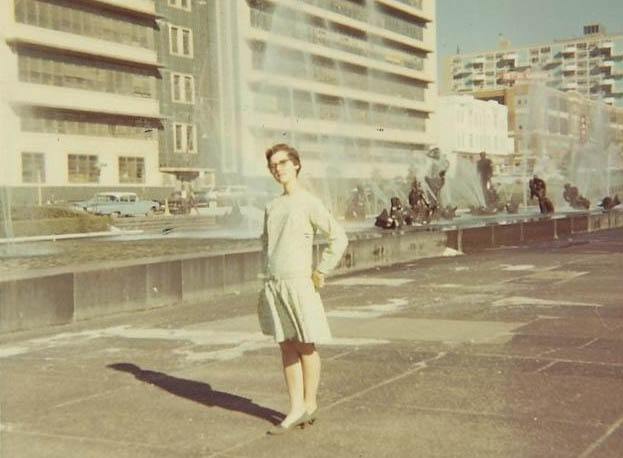 One of the Salvation Army Midland Division’s jewels in its crown is The Railton, a 14-story brick apartment building in downtown St. Louis, at 205 N. 18th St., which has given food and shelter to people in need for decades.

Named the Railton since the 1970s, the building in the mid-20th Century played host to working women with little money and few connections for housing, under the name of The Evangeline Residence. It was named after Evangeline C. Booth, who was the then-incumbent – and first-ever – Salvation Army General, an influential and seminal figure in the charity’s long history.

“It certainly saved my life at the time,” Jan Elsbach said of her year living in the Evangeline starting in 1968. “The residence gave me, for $27 a week, a room, a bath, and somewhere downstairs was a laundromat. They gave you two meals a day. They would give me a sack lunch if I could not make the evening meal. For someone who had very little, and was saving money and trying to work, they were just an absolute lifesaver.”

Elsbach, who still lives in St. Louis more than a half-century later, had just emigrated from Chicago at the time and knew few people in St. Louis, after an acquaintance she met in Chicago persuaded her to live together. When an unanticipated hiccup forced Elsbach from her St. Louis housing overnight, she was left scrambling for shelter in a new city.

During WWII, the Evangeline served as a temporary house for women separated from the soldier husbands, who often were in different countries in combat, apart from their wives. It transitioned into a home for young professional women in subsequent decades, when Elsbach found a home there.

Evangeline residences were then popping up around the country, in cities including Chicago, Detroit, New York and Washington, D.C. As with many Salvation Army services, the Evangeline existed to give people a temporary hand up to their next goals.

For Elsbach, she lived there for only a year before moving out to share an apartment with a new friend. The future human resources and special-education teaching professional was off to her next destination, while leaving her single-occupancy unit behind for the next person in need.

“It was certainly a blessed year for me,” Elsbach said. “It’s what got me going in St. Louis.”

While she stayed there, she worked as a temporary office worker, filing papers, typing and connecting phone calls as a switchboard operator. She later enrolled in a master’s degree program at St. Louis University, giving a degree of financial independence to be able to donate to the Salvation Army.

“When I decided I was well off enough that I decided to contribute somewhere, I decided it would be Salvation Army,” Elsbach said. “They gave me a sack lunch when I was destitute.”

The building’s history is as colorful as any in St. Louis. Constructed before the Great Depression as a location in the Robert E. Lee Hotel chain, it was repurposed into an Evangeline Residence for young businesswomen after the Salvation Army bought it in 1939 for $1. In the late 2000s, the Salvation Army poured $14 million into a remodel of the Railton, which included refashioning the building’s single-room units into full apartments. Housing remains affordable into 2021.