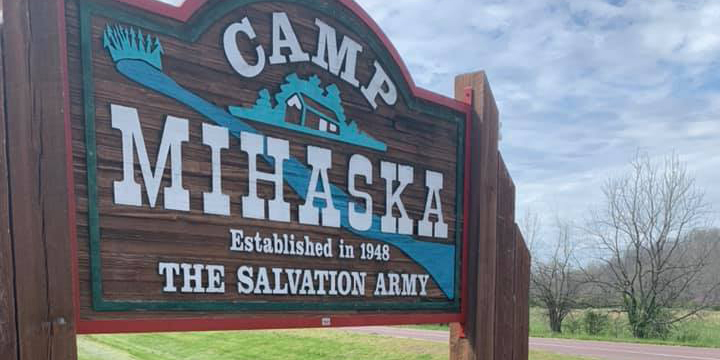 For Camp Mihaska 75 miles southwest of St. Louis, Regina Sullivan created some of her life’s deepest memories, starting from her time in the early 1970s at the youth camp, owned and operated by The Salvation Army.

“It was a safe place,” Sullivan, who now works at Healthy Blue MO in Columbia as a senior community relations representative. “It was a place where we learned things, we were exposed to things we had never been exposed to, like the creek. I had never walked through a creek before.”

Sullivan, a Missouri native, recounted of her time at Camp Mihaska, “It was my first experience and my only experience of a place like that. It was pretty much my first time going fishing. I learned to swim there. That was one of my favorite memories. I think all of us learned to swim there. We didn’t have pools because we were in the inner city. There were no pools in our neighborhood, so The Salvation Army provided a place for us to go swim.”

Camp Mihaska, which opens June 14 this year in Bourbon, Mo., has played host to campers since 1948. It offers a galaxy of memory-building services, such as a ropes course, a water park, music training, and outdoor paintball, before wrapping for the summer July 23.

“My mom just wanted to have a vacation for us but could not afford a vacation. We had never been camping,” Sullivan said. “It was one of my favorite memories and mostly for anyone in my family. My mom had seven sisters and had five brothers. All of the sisters took their kids.”

Besides the camp’s rustic charms, access to nature, and relative isolation compared to the urban areas of Kansas City and St. Louis, the experience brought lessons in cross-cultural communications among youngsters, which can be difficult – and has been – in urban communities where racial lines often overlap with geographic lines in terms of where kids spend their time.

“It brought [out] people from different races,” Sullivan said. “That’s where we really intermingled with people other than ourselves. That was my first encounter with, mingling with other races. We made friends with the people other than in my neighborhood. I still have friends from Camp Mihaska that I made.”

Activities that kept the kids busy then were crafts, fireside chats and budgeting use of money with access to the camp’s candy shop.

“It was basically activities all day, they kept us busy all day,” Sullivan said. “We were exhausted by the time we went to bed at night.”