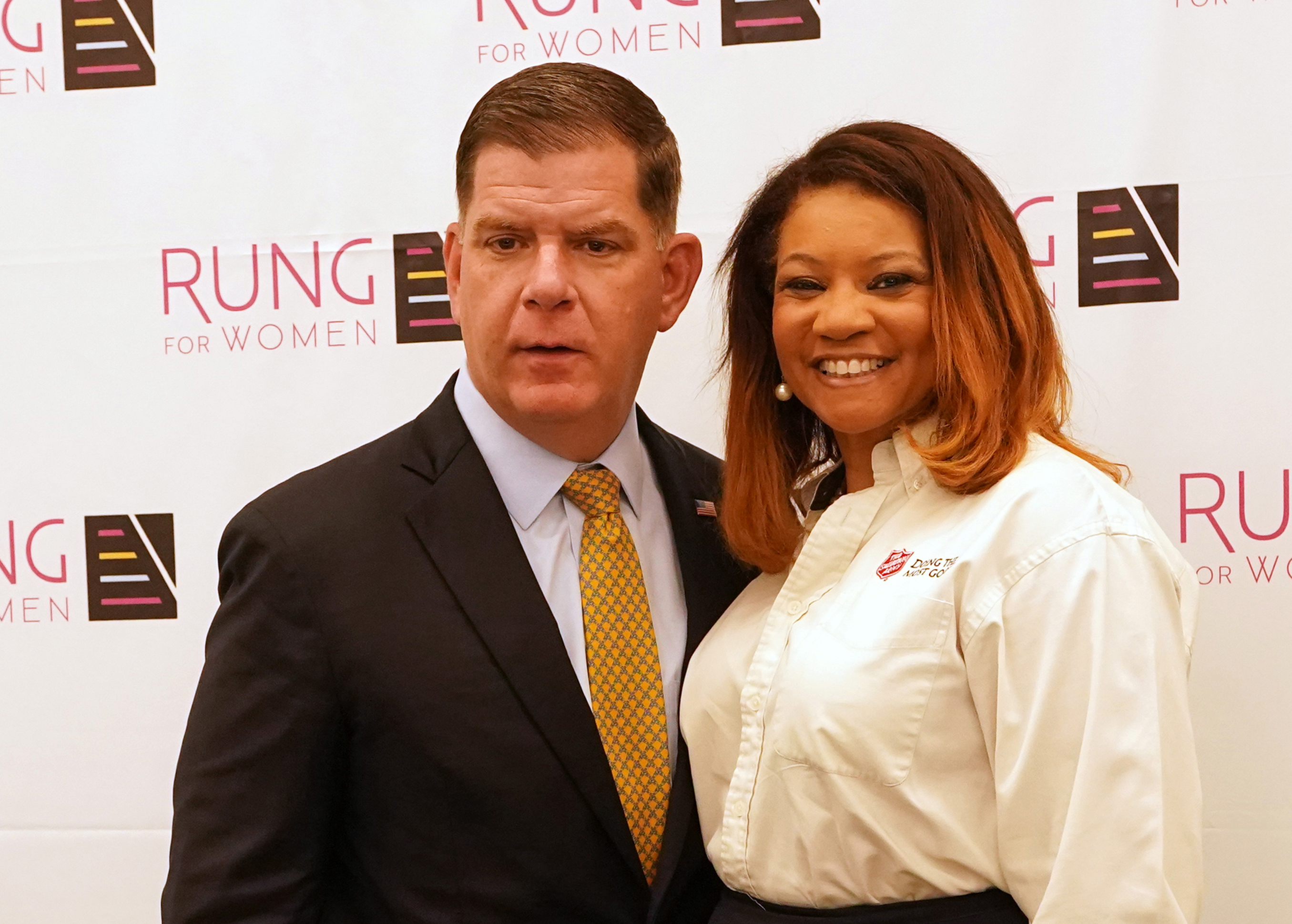 A 20-year veteran of The Salvation Army’s Midland Division, Kimberly Beck, recently participated in a panel of seven St. Louis successful businesswomen and U.S. Department of Labor Secretary Marty Walsh, specifically about the pay and workplace opportunity disparities for women and how to confront them.

Beck, the executive director of The Salvation Army’s Midtown Service and Treatment Center, was a guest of the event host, Rung for Women, a St. Louis nonprofit women’s work mentoring program, to discuss female jobs in male-dominated fields. St. Louis Mayor Tishaura Jones was in the audience.

“I think the positions women have traditionally filled and are naturally drawn to are undervalued and underpaid, like social service, social workers, counselors, nurses, teachers,” Beck said. “All these caregiver roles are jobs that we play and jobs that we do are underpaid, primarily because they are female fields. We need for those positions to be valued and for them to have increases in pay.”

Beck explained, “There needs to be some legislation or advocacy around that. We saw, mental health and physical health, nursing, the nurses who gave the shots, they became critical during this pandemic. But they make less than people at Amazon. That was pretty much my conversation with him [Walsh], about them not just being opportunities to move into male dominated fields but valuing the fields that women are actually drawn to. Making sure we receive adequate pay for the work we do.”

Also on the panel were Rung for Women executive director Leslie Gill, the assistant director of the St. Louis electrician training program collaboration project between International Brotherhood of Electrical Workers and National Electrical Contractors Association, Dr. Linda Little, and Walsh, who, in addition to women’s workplace equity, talked about his own addiction recovery, said Beck.

Beck saw Walsh’s willingness to share his story as an encouraging sign that employers can employ recovered addicts, without the limited opportunities that recovering addicts, with or without criminal records, might encounter.

While the national trend has seen gender equity pay increase slowly over the past several decades, COVID-19 has stalled progress. Women have been leaving the workforce and hold far fewer than half top leadership positions at leading corporations.

The STEM concept of education for female students has been a prominent one throughout the country in recent years, encouraging female participation in traditionally male-driven occupations, such as engineering, technology and science, where paychecks can be higher.

Beck has been the Midtown Service and Treatment Center executive director since 2018. She started at The Salvation Army in 2002 as a program director at St. Louis’ Harbor Light location.