A Matter Of Life And Death

Three nights a week, hands drop an assortment of items into plastic grocery bags. The list doesn’t change, a bottle of water, a sandwich, a collection of snack food and a napkin. An industrial-size crockpot in the kitchen clicks over to low, signifying the end of long cook cycle. The smell of chicken and marinara sauce fill the room. 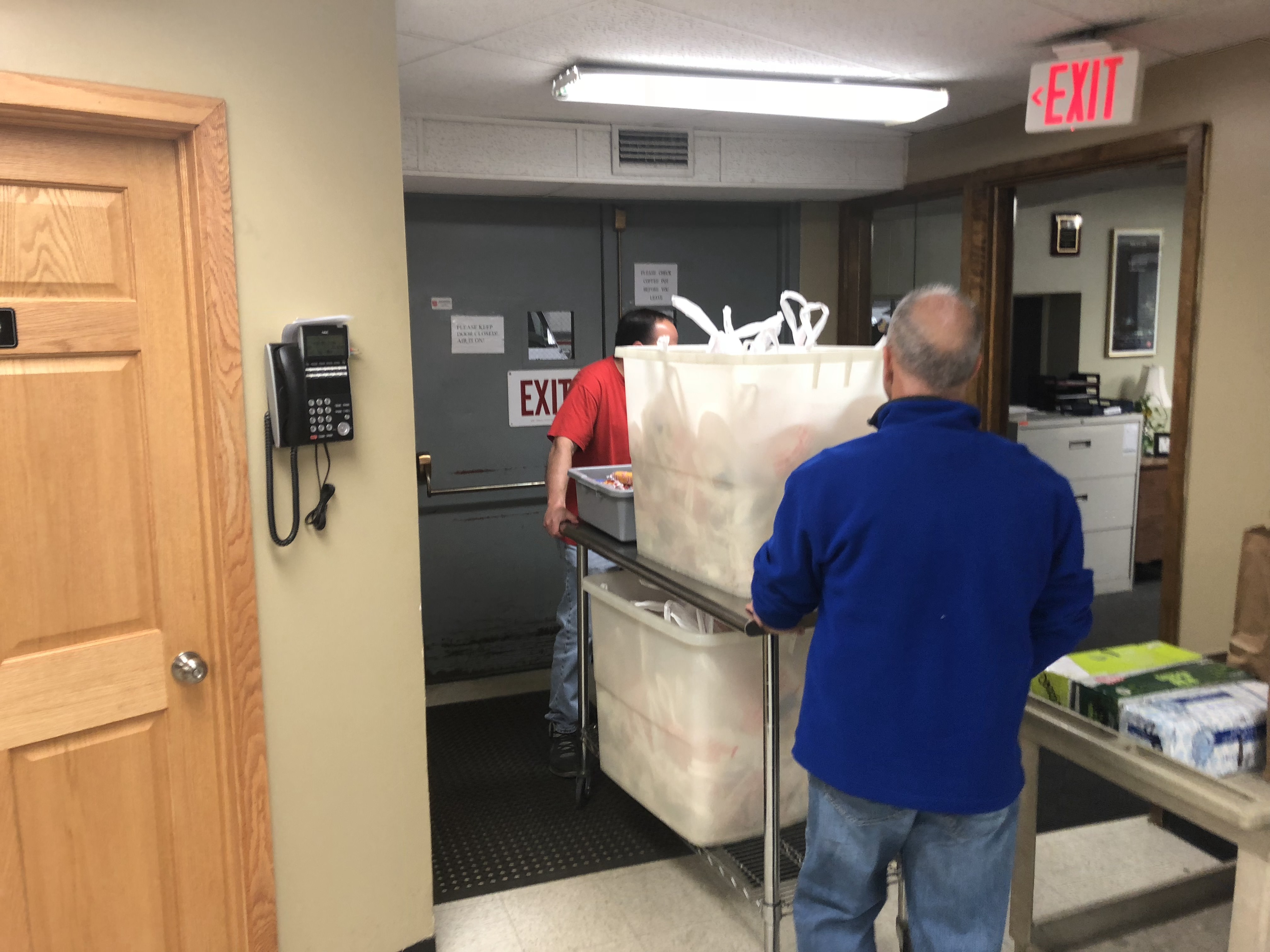 Surrounded by plastic bags, Todd Gafney methodically loads each with the food and water, counting as he continues. Tonight close to 100 bags will be dropped into a pair of plastic tubs and loaded onto a Salvation Army mobile kitchen unit, known as a canteen. Several quarts of chicken, marinara sauce, and spaghetti are dumped from the crockpot into a massive, insulated food serving tray. That, too, is lifted up into the canteen and strapped into place to ensure it doesn’t slide around.

Several minutes later, a garage door lifts into the sky and the canteen rolls out. It is 5:30 PM, Honk ‘n’ Holler is hitting the streets. 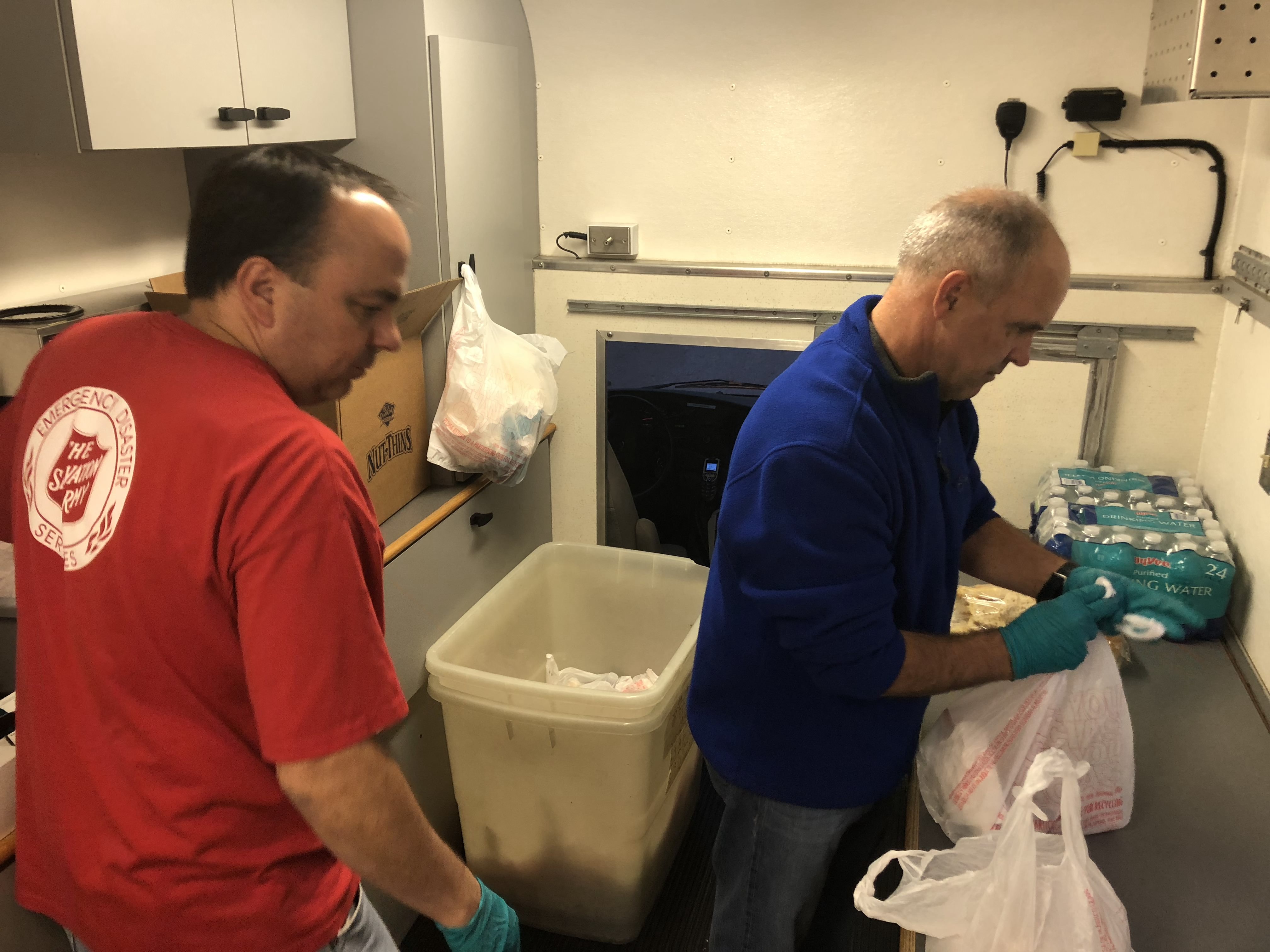 Every Tuesday, Wednesday, and Thursday night, regardless of weather, The Salvation Army’s Honk ‘n’ Holler truck travels the side streets around downtown Kansas City, making stops near known spots where people struggling with homelessness are known to congregate. The driver will, in fact, honk the horn, and volunteers will distribute the food along with warm clothing and hygiene kits.

Steve Leiker, the Kansas City Emergency Disaster Services Coordinator, oversees Honk ‘n’ Holler. From driving the church to organizing the volunteers, he’s seen that while the stops change, the mission remains the same.

“The route is developed over time. Sometimes a stop will dry out and new one will up,” Leiker said. “You hear about it from word of mouth.”

Like many people, Gafney was familiar with The Salvation Army when he joined the Advisory Board, but he had no idea of many of the specific programs like Honk ‘n’ Holler.

“The depth and breadth of things they get involved in, I knew some of the fringe stuff, but definitely not the whole expanse”

“The depth and breadth of things they get involved in, I knew some of the fringe stuff, but definitely not the whole expanse,” he said in between stops from the back of the canteen.

Every stop attracts attention, from one or two people to dozens grateful for the hot meal and food to get them through the next day ahead. For some, it will be the first solid meal they’ve eaten all day, and possibly until the Honk ‘n’ Holler canteen returns the following evening. 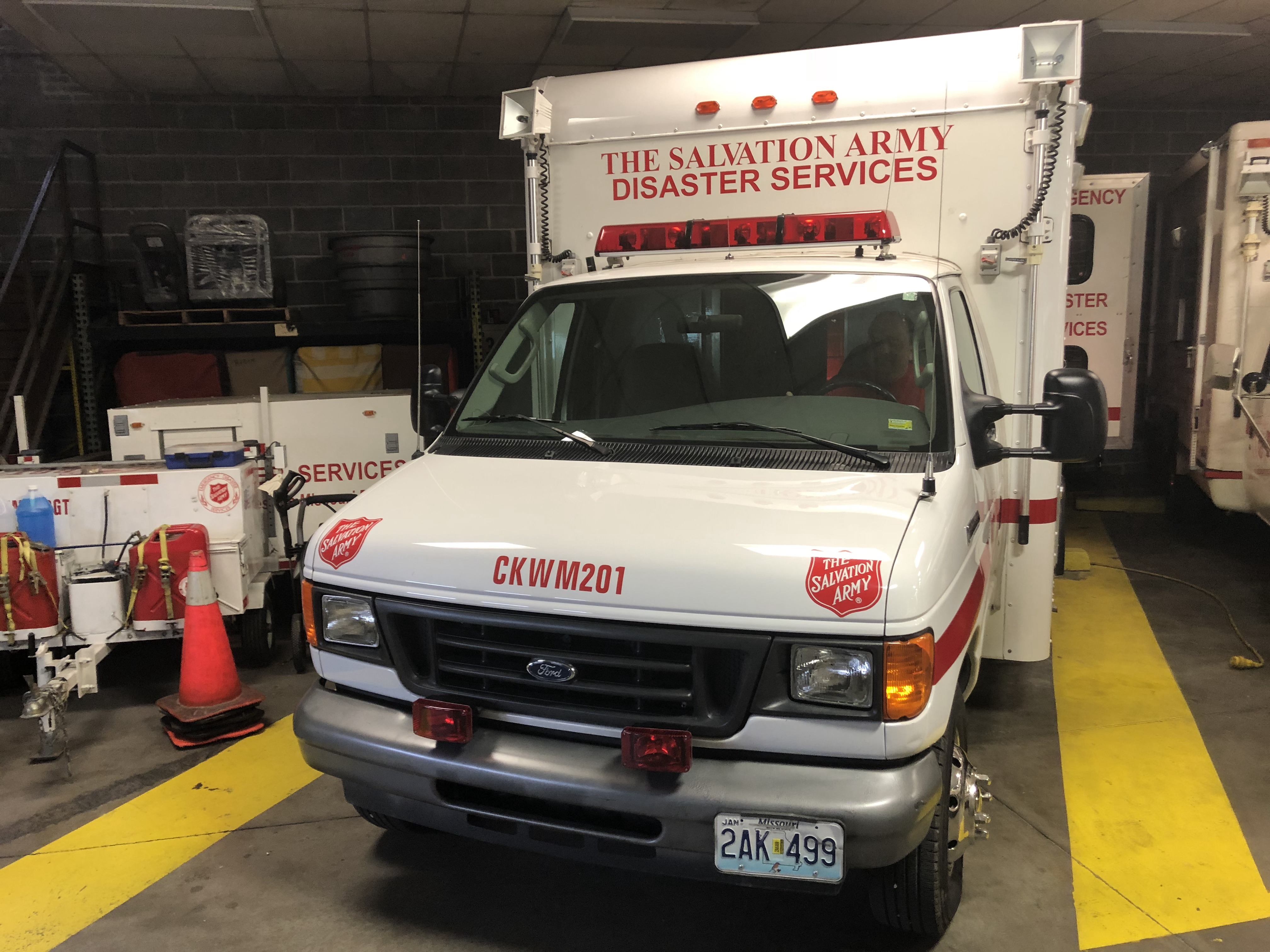 For Gafney, like so many who ridden in the truck and distributed the meals before him, the night left an indelible mark. “I think there are so many people that aren’t aware of this particular need out here,” he thoughtfully recounted. “It’s simply getting the word out and trying to get people to step up to help, whether it’s handing out dinners or donating the food for The Salvation Army to give out, or whatever they can do to help.”

When the temperature falls into negative numbers, extra coats and blankets are on hand. And, when the mercury rises, extra water bottles stock the truck. Through it all, Salvation Army staff and volunteers are on hand to provide a word of encouragement, of pray, and of help to assist someone in taking the steps to change their lives.

Help support the Honk ‘n’ Holler van as it hits the streets this winter to bring hope to people who need it most. It’s how The Salvation Army remains committed to helping improve lives in Kansas City.