A Messenger From The 816

Her journey with The Salvation Army led her through the Independence, Mo. Crossroads Shelter on to the Pathway of Hope and eventually enrolling in the College for Officer Training. Now, two years after sitting down to tell her story, Katherine Reid has taken a new step with The Salvation Army, as an officer.

Freshly commissioned with the rank of Lieutenant, she and her daughter are making a new home for themselves in Bloomington, Ill. While Lt. Reid begins her service with the organization. 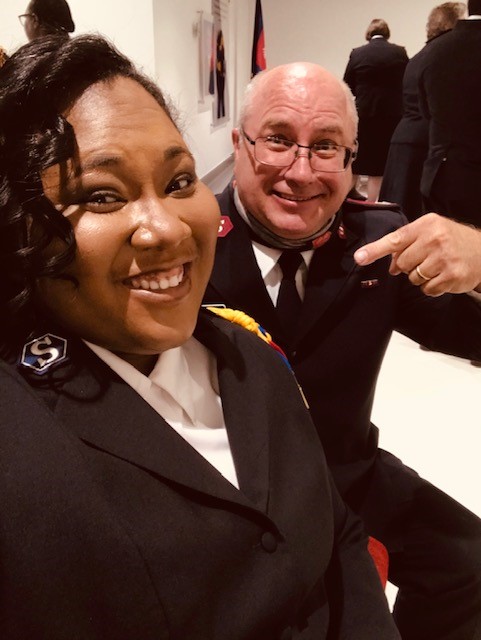 Her two years in the College included daily studies, assignments to other corps to learn on the job as a cadet, and serving during a global pandemic.

“There’s been nothing like the last two years, for me it was amazing,” Lt. Reid said during a conversation from Bloomington. “There were areas of growth and learning of God’s Word and what it means to be an evangelist.”

One memorable experience happened while she served at the Evanston, Ill. Corps during her Christmas Assignment. While she was stationed there, she helped with Christmas kettles, Toy Shop, and food pantry throughout the week. But on a day the pantry was closed she was approached by a man asking for food. Then Cadet Reid was in the middle of carrying boxes when he made his request.

“He knew it wasn’t a day they opened the pantry, but he told me he was extremely hungry.” Reid was able to track down a lunch for the gentleman who accepted the meal gratefully and then shared more of his story. “He told me if he had not received food from The Salvation Army, he was debating taking food from a store.”

Cadet Reid stood there with the man, alongside Captain Christina Tamayo; they were surrounded by the noise of Chicago: cars, trucks, the “L,” and they prayed.

“Everything got quiet. And it that moment I could feel the presence of the Lord. This was a reminder to me about being intentional to stop the business that often comes with the day to make time to share the love of God with everyone I see.”

At the conclusion of her two years, Lt. Reid and her entire class, The Messengers of Grace, found out where they would be assigned. When looking at the expanse of the Central Territory, from small towns to big cities, she didn’t hold one destination above any other in her mind.

“My biggest thought was just going somewhere I could come alongside people and teach them God’s goodness.”

So, when she found out she was assigned to Bloomington there was only one thought in Lt. Reid’s head. 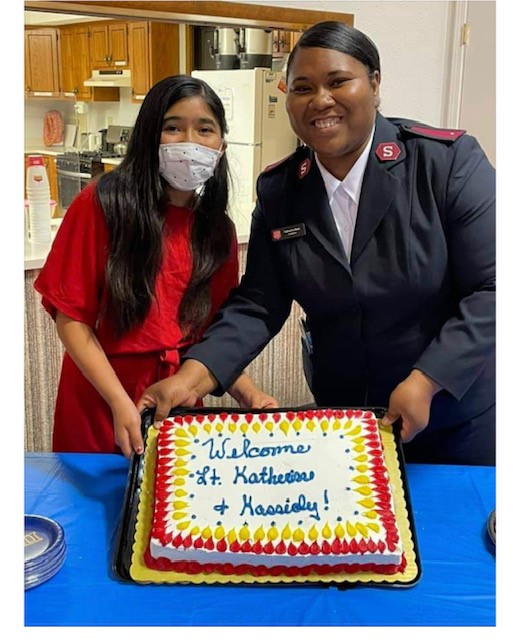 “I was just grateful they gave me someplace to go and share God’s love and put into action His vision.”

Gratefulness gave way to excitement when she arrived and saw one of the Bloomington corps’ primary services: a shelter.

“It was emotional for me because shelters hold a big place in my heart. I know the potential it holds,” she said. “I see a family, and not just one individual family. I see a vision of a way to truly transform people’s lives.”

In just the few short weeks since she arrived at the corps, the newly minted Lieutenant has been hard at work. She is working closely with the corps’ shelter and the men and women utilizing the service. As a parent herself, she knows the importance of building up the youth and is working with the corps’ large youth population.

From Bloomington, Lt. Reid isn’t sure where her next journey will take her in a Salvation Army uniform, but one thing is true the 816-area code will always hold a place in her heart as home. “That’s my home division, I love it there. That’s where my heart is.”

However, she does feel the tug of missionary work. To leave the United States and carry the message of God to other people and help transform their lives.

“I find it so remarkable being in the “Messengers of Grace” session,” Reid said. “That is my story and now I embody it.”

Lt. Katherine Reid is also the embodiment of what is possible with the support of The Salvation Army and donors who support its services. From childhood to adulthood, when she needed assistance, the organization was there to lend a hand. A fact not lost on her as she takes these new steps as an officer to provide the same help to people in need.

“I don’t know where I would be without the support of so many people, many of whom I’ve never met, who chose to invest in The Salvation Army programs that changed my life."