A Train for Christmas

In dozens of cities from Kansas City to the Gulf Coast, a visit from Santa wasn’t marked by sleigh bells, but rather by the rhythmic sound of steel wheels on iron rails. You see, along with the Kansas City Southern rail network, Santa arrives by train.

The KCS Holiday Express was built on the tradition of the Santa Train, which ran on a segment of the network bought by KCS in 1997. In 2000, a group of warm-hearted KCS employees noticed that the Santa Train was the only Christmas some kids had and that some kids did not have essential items like coats, hats, and gloves, so they committed to elevating the project. In 2001, volunteers transformed a retired freight train into the KCS Holiday Express experience that thousands have enjoyed for the past 19 years.

“A number of Kansas City Southern employees and volunteers found some old rail cars. They rehabbed them and they turned them into sort of a winter wonderland experience,” said Patrick Ottensmeyer, KCS’s president and CEO.

One of those community members who championed the Holiday Express early on was a force of nature named Tillie Caileff. She wasn’t a KCS employee, but a member of the KCS Historical Society in Shreveport, La. who believed in the train from the beginning. 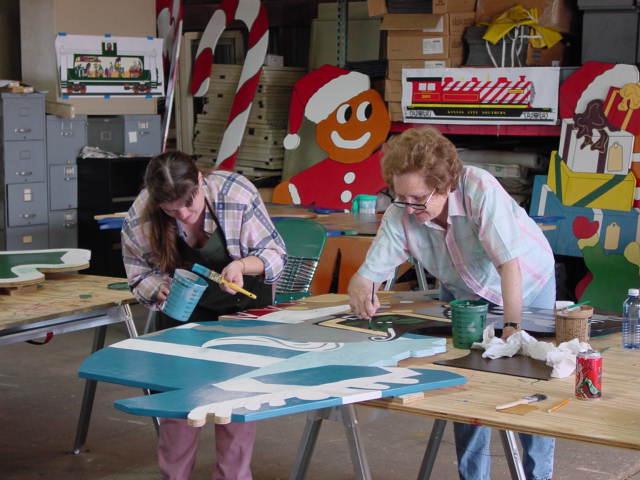 Tillie Caileff and another volunteer paint some decorations
for the KCS Holiday Express. Courtesy KCS

“She was the perfect face of a Holiday Express elf,” Ottensmeyer said. “Tillie and her husband, Warren, had supported the Holiday Express since its very inception.” For the first 18 years of the train’s existence, Tillie and Warren would ride the train for its entire journey, joining other volunteers and KCS employees. KCS mourns the loss of Tillie Caileff who passed away earlier this year and leaves an indelible impact on the Holiday Express and the lives it touches.

“It’s really a wonderful experience for our employees, many of our customers, business partners, and other community members who participate by volunteering. So, there's a whole host of elves and other people from the company and the communities that can share in the experience,” Ottensmeyer said.

While the train travels different rail line segments and stops in new communities each year, it always sets off from Louisiana around Thanksgiving and eventually travels north toward its final destination, Union Station Kansas City. Along the way, it stops in multiple communities, making donations to the local Salvation Army units and opening the train for free public visits.

Ottensmeyer explained the train’s arrival is always met with excitement and fanfare. “The experience is really overwhelming in terms of the turnout. Typically, the train will show up in the early evening, and in spite of the weather in some of these communities, which obviously this time of year can be pretty harsh, the lines are long to walk through the train. It’s literally a winter Wonderland experience for these little children and families to see. The culmination of the tour is a visit with Santa Claus and kids receive a free gift bag.”

It may seem a simple thing, but many of these communities are railroad towns, developed around the railroad decades ago. Today, these communities survive because KCS continues to operate. The true impact of the Holiday Express isn’t something you can necessarily put into words. Not that people haven’t tried. 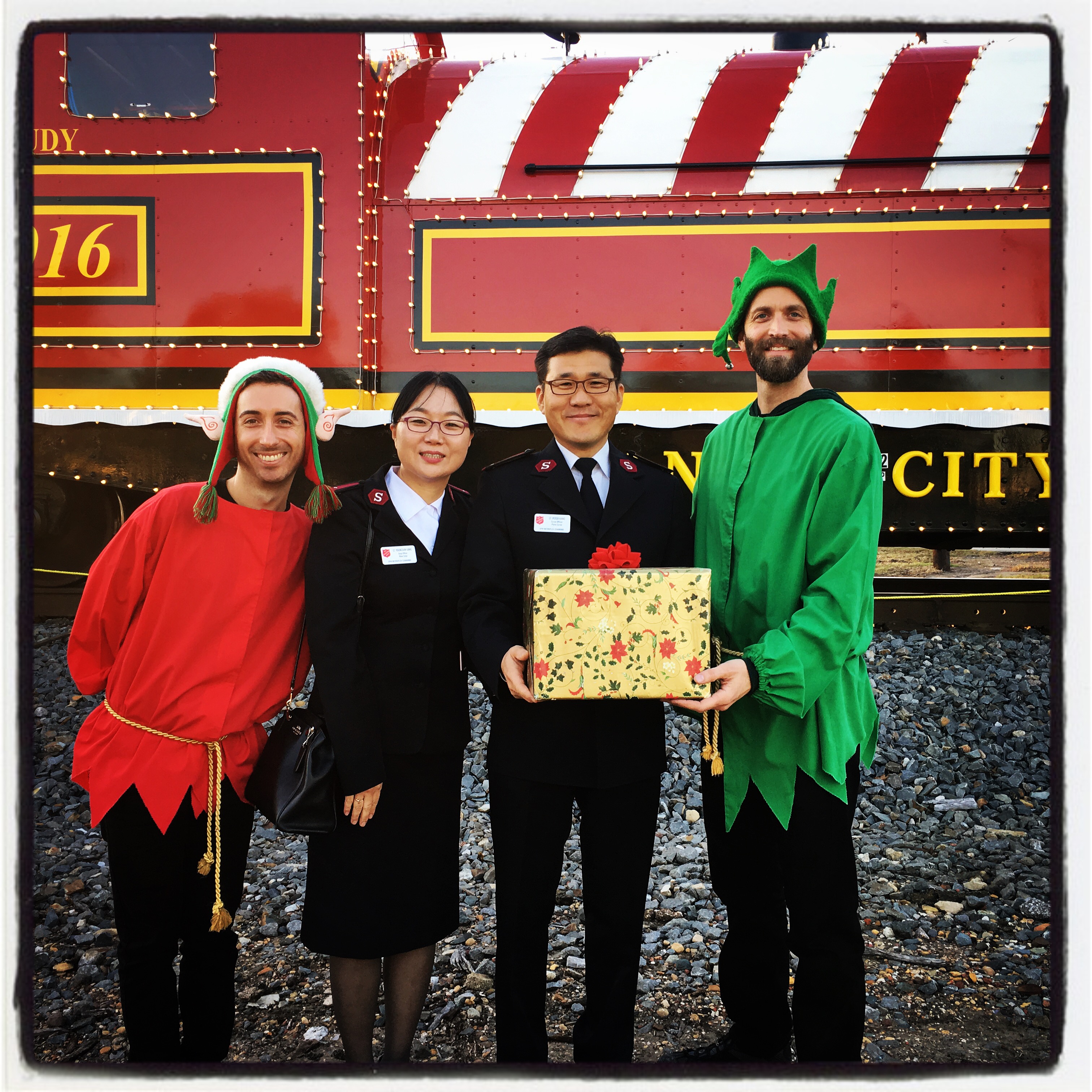 One of the highlights at each stop is presenting officers
from The Salvation with gift cards used to help provide
Christmas for families in need. Courtesy KCS.

“I didn't really fully appreciate what the Holiday Express meant to the communities that we serve until I started to see the handwritten letters that I get from families, from children written in crayon,” Ottensmeyer said. “Just how much that means to them and, in many cases, if it weren't for the Holiday Express and the charity that we bring to those communities via The Salvation Army, some of those families and children wouldn't have much of a Christmas experience.”

Unfortunately, 2020 is keeping the Holiday Express tied up in its home yard. The COVID-19 pandemic making it too dangerous to gather large crowds even to share the holiday spirit.

“It was one of the hardest decisions that I've made recently, that it wasn't the right time and we weren't in a place where running the train the way we normally do was safe for our employees or guests,” Ottensmeyer said.

Even though the train won’t run, KCS is still keenly aware of the need that struck every community its trains serve. The joy the Holiday Express brings to town is only part of what the train has accomplished the previous 19 years.

“We have raised over $2,000,000 spread around the communities that we serve,” Ottensmeyer said. “This year, obviously the train won't run, but we want to do everything we can to replicate the charitable aspect of this to help those families and bring hope to communities in need.”

You can join the effort of the virtual KCS Holiday Express by donating to support The Salvation Army in 20 different communities this year by clicking here. 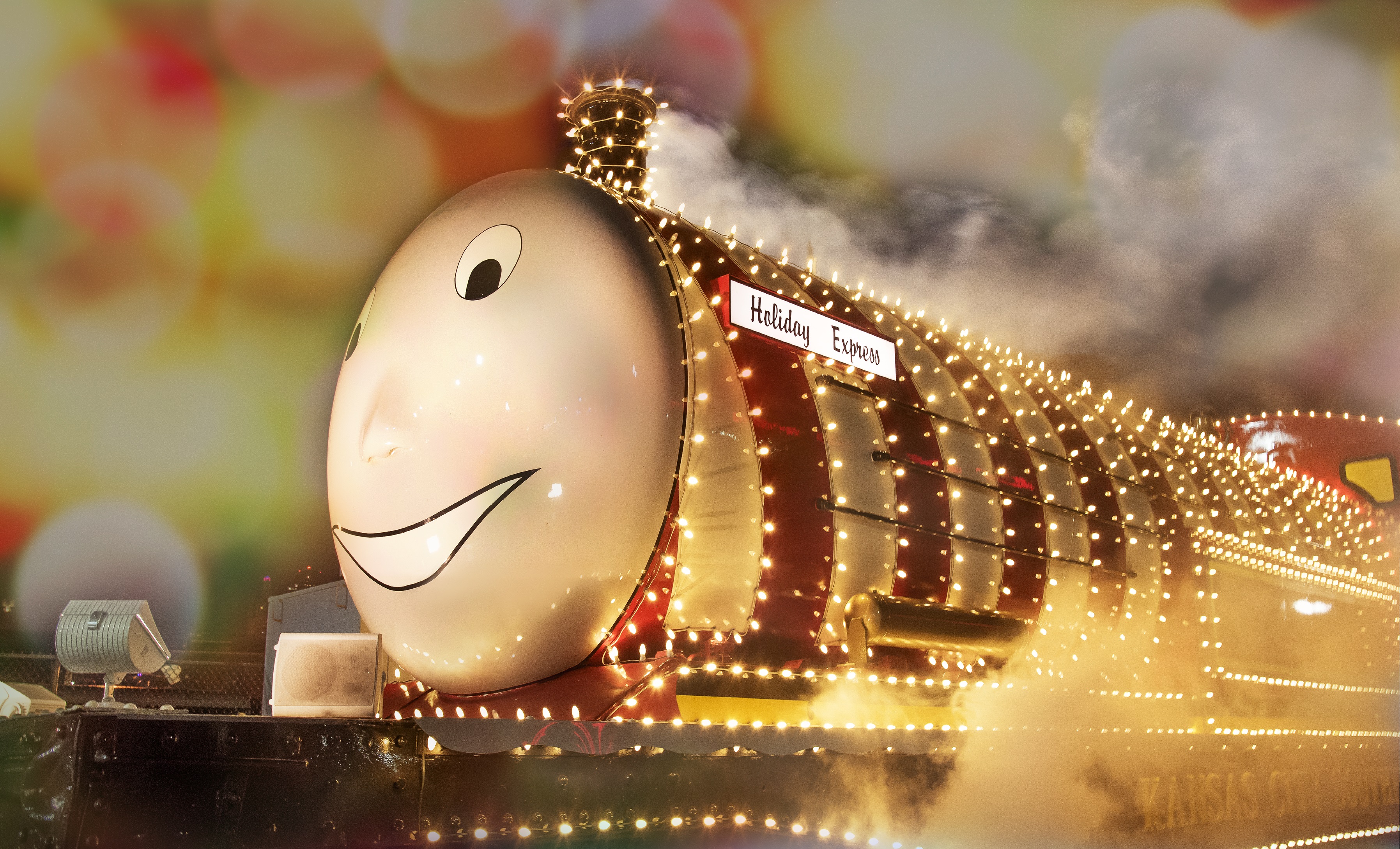