When Major Lex Giron arrived at the Blue Valley Corps in Kansas City, Mo. he knew there was an opportunity to connect with the largely Hispanic community and invite them in to see what the corps and The Salvation Army had to offer to families in need.

The start of that connection was already in place, Major Giron just needed to make it grow. That meant putting on an apron.

“The Hot Meal Community Dinner was already going when we arrived, and we wanted to make it bigger,” he said. 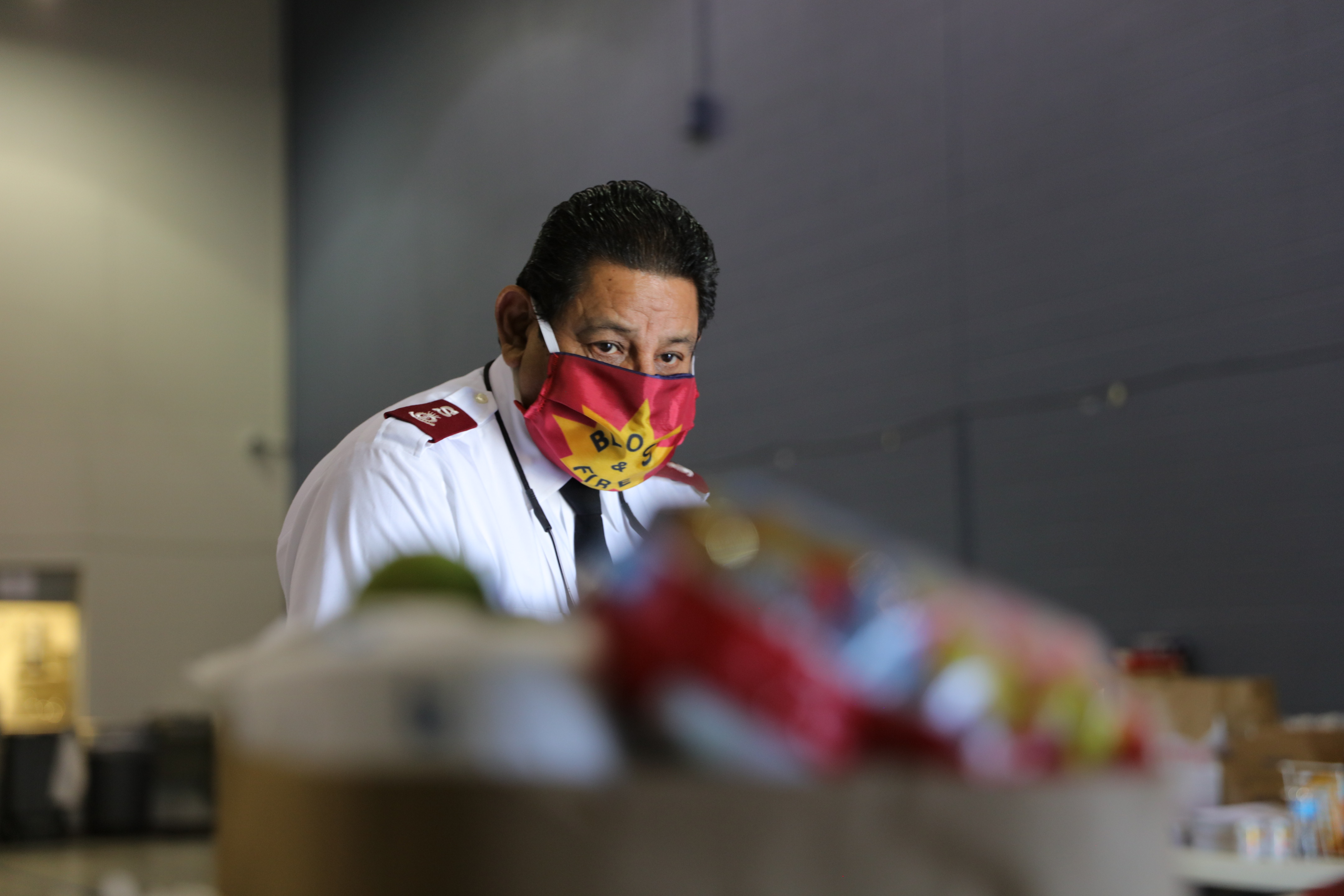 Making the meal bigger meant welcoming more people and families from the community to the corps to enjoy the weekly meal served on Monday nights. That meant setting up more tables in the gym and cooking more food each week.

“We knew families were working long hours, sometimes two or more jobs a day, and finding time for dinner can be a real struggle.” By providing the free dinner, Major Lex and his team were able to take one challenge off the table.

However, COVID-19 put one big challenge in front of those families and the Blue Valley corps. The doors were closed, the gym was quiet, and the kitchen was cold.

Major Giron was quick to find a new way to provide that weekly meal. “We switched to providing the food in to-go boxes. We wanted to make sure we could still serve people in need even during a time we couldn’t let them into the building.”

The menus are comfort food at their finest. The meals including spaghetti, Mexican soup, and hamburgers depending on what’s available at the corps that week. And it’s not just the food in the to-go boxes, either.

“Whenever we have something extra in the food pantry that we know won’t last long, we put that out for families to take with them. We had several boxes of lemons and bell peppers the other day, and people were happy to have extra food to bring home.” 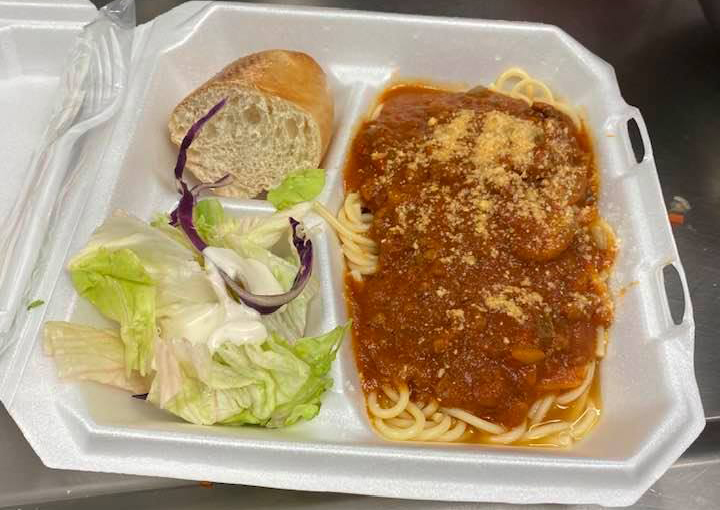 Early in the pandemic, the corps saw a larger number of senior citizens stop by for food, however as the lockdowns continued, more and more parents came on Monday evenings needing dinner for their entire family.

“I’m happy to let them take the food with them because I know the kids need that dinner,” Major Giron said.

On a weekly basis, Major Lex and his team are handing out upwards of 35 meals every Monday night, providing a much-needed lifeline for families and individuals who may be struggling to get by.

The corps was close to setting tables back up in the gym and welcoming families back in, before COVID came roaring back. Major Lex is still happy to provide the meals to his community.

“At the beginning, I was sharing a short devotional with the diners and inviting them to the programs. When we open the doors, I would like to do that again.” Major Lex is still focused on turning the Blue Valley corps into a hub for its neighborhood on Truman Road.

Community can be found anywhere in the 816. Sometimes, it’s as simple as serving a meal a family can depend on.