A quiet ministry of The Salvation Army is visiting men and women living in nursing homes. When it becomes too difficult to live an independent life, assisted care facilities can fill in the gaps. Providing resources for people that need a little help. Yet, many times this also means the loss of public interaction. Trips to the store or even church stop; and the nursing home becomes their whole world. At least twice a year, The Salvation Army brings a goody bag and visits with those living in these communities. 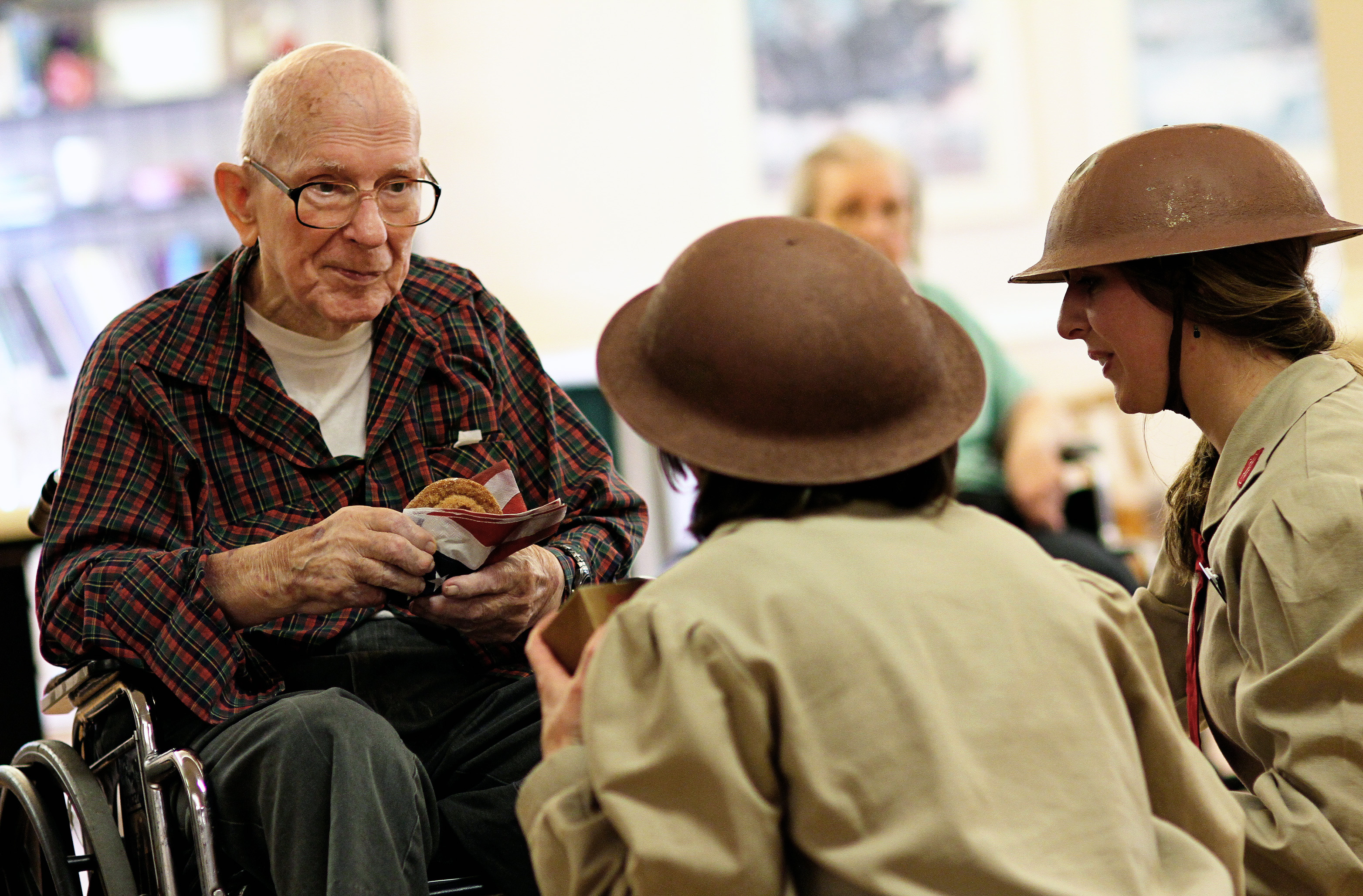 Several years ago, during the Easter season, Captain DiMaso and a few Salvation Army soldiers visited one such nursing home. Moving room to room, they talked to the residents and handed out small gifts. The residents looked forward to The Salvation Army's visits and loved to talk about their lives and families.

An elderly man sat in the hallway in his wheelchair. Stopping Captain DiMaso as he approached he said, "I know you." This wasn't the first time the twenty-six-year-old officer had been to this nursing home, so he replied. "I was here in December, did you see me then?" The elderly man wearing a Navy ball cap looked him in the eyes and said, "You were on the dock when I shipped off to Japan."

It wasn’t the face the veteran recognized. It was the uniform and the Red Shield worn by Captain DiMaso. Decades earlier that elderly man was a young seaman shipping off to war. While he waited to board his ship, a Salvation Army officer ministered to him. Giving him a cup of coffee and a handheld bible, the officer prayed with him. That moment was immediately relived in the mind of the man as he saw Captain DiMaso come down the hall.

Because within every Salvation Army uniform bearing the Red Shield beats the heart of an officer carrying forward the mission and compassion of the organization. Each one offers a warm smile, a gentle hug, and a word of support. The Salvation Army Red Shield is one of the most recognized brands in the world, but it isn't because of a high priced marketing budget. It's known because of the love that it represents because of donors like you.