A Neighborhood For Good

What about an entire Neighborhood for Good?

Every holiday season, the houses at Terrace Place in Overland Park, Kan. light up with a dazzling display of holiday lights while changing the community’s name to Christmas Place from Thanksgiving weekend to January 2nd. What started in 1994 with tree wraps has grown to include decorations on all 23 homes in the neighborhood.

It’s become a highlight of the Christmas season, with thousands of cars driving through the small neighborhood to check out the lights. A sightseeing trip made easier by the neighborhood’s layout.

“There are only two cul-de-sacs, and no through streets. That means the traffic is slow,” Herndon Hasty explained shortly after the Christmas Place sign came down in 2020. 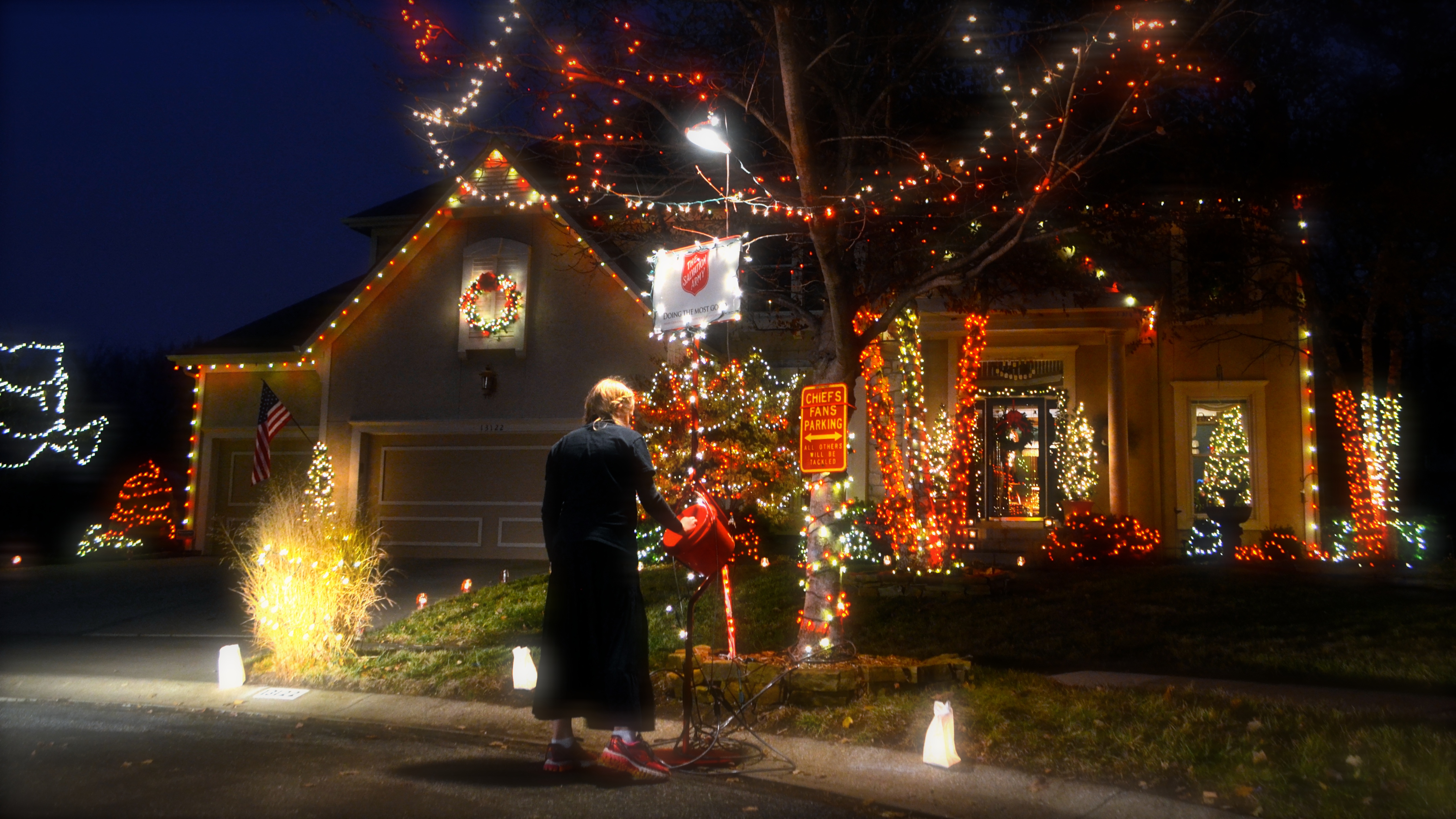 Herndon the spark of creativity that lead to the temporary name change, and he’s taken the step of embracing the spirit of Christmas one step further with, what he calls, “the Magic Red Kettle.” Every night during the Christmas season, Herndon places a Salvation Army Red Kettle in front of his house to collect donations from the families checking out the lights.

“I never asked the HOA for permission, though I probably should have! You know me… lead me, follow me or get outta my way!” Herndon said with a laugh.

The Magic Red Kettle has increased the impact of Christmas Place, collecting thousands of dollars and growing each year.

“Christmas Place has become a destination for families. The longer we last, the more the word gets around about what we are,” Herndon said. “Our donations have increased every year because the traffic increases at Christmas Place. Year one, we took in $3200; this past year we took in $9300!”