No Dragonflies in the City

Major Janice Love was used to the weekly delivery arriving at the Eastside Corps in Kansas City, Mo. At least a box a week full of tomatoes and cucumbers, straight from the garden of Dr. John Mitchell over the course of last summer. Major Love was always grateful for the influx of fresh produce she could hand out to clients.

However, she never realized just how much of a green thumb Dr. Mitchell possessed, that this man who brought food to her every week is a master gardener. Until he called one day with an invite, to stop by on a Saturday afternoon. Now, Salvation Army officers work on weekends, but Major Love still found time to stop by, not sure what to expect. 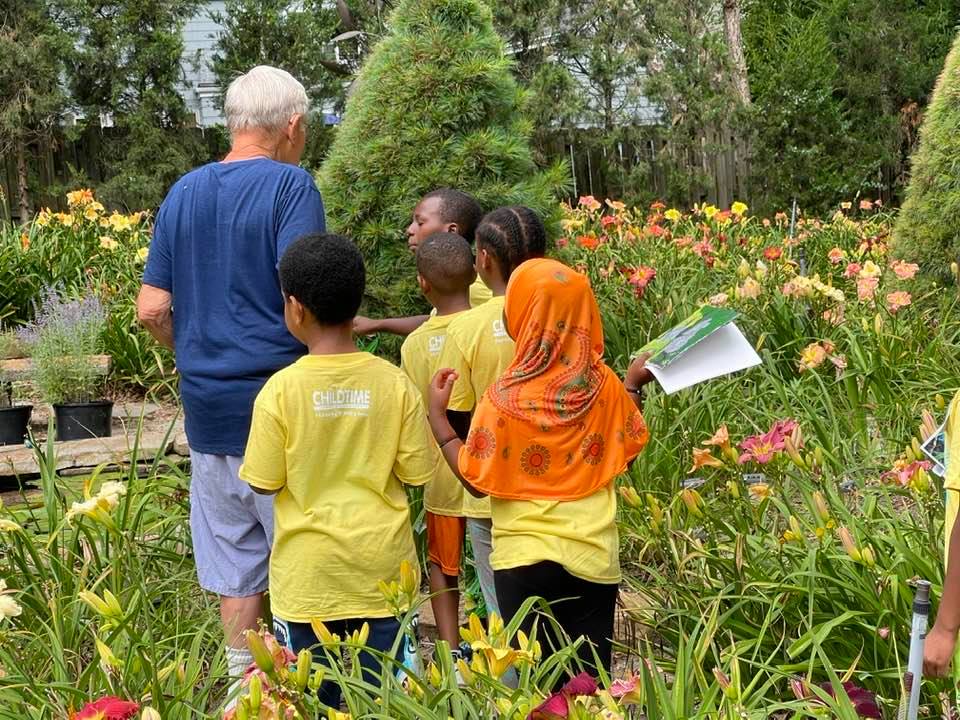 What greeted her was an explosion of color. Daylilies blooming all over Dr. Mitchell’s yard. Lily pads floating in small ponds. The buzz of bees and singing of birds filling the air of this suburban garden. An oasis in the middle of the bustling metro area.

“It was amazing to see,” Major Love said, a smile growing on her face, recalling the Saturday visit. “I wasn’t sure what to look at first, so I just pulled out my phone and started snapping pictures.”

What she captured was dozens of photos of beautiful flowers and then a lesson came to mind for Summer Day Camp.

“I printed off the photos and hung them up all over the windows and then I brought in the kids and told them each to pick one and paint it.”

During that lesson, the seven children attending camp created seven works of art. A flower chosen personally from Dr. Mitchell’s garden, recreated by hand. That was only the first part of the lesson.

“The next day I told them, ‘Now, we’re going to go find your flower,’” Major Love said. She loaded up the Eastside corps van with the children and headed for Dr. Mitchell’s home and garden once again.

It was only about a 15-minute drive, but for children living in the neighborhood surrounding the Eastside corps, it was a world of difference in that short time.

“They were looking out the windows, watching the homes get nicer, seeing the lawns become more maintained, and they were all intrigued by it,” Major Love said.

When the van pulled into the driveway, the children piled out and looked across the street to see a young girl selling her toys in her family’s driveway. One turned to Major Love and said, “We can’t do that in our neighborhood.”

She led the children away from the van and into Dr. Mitchell’s backyard. 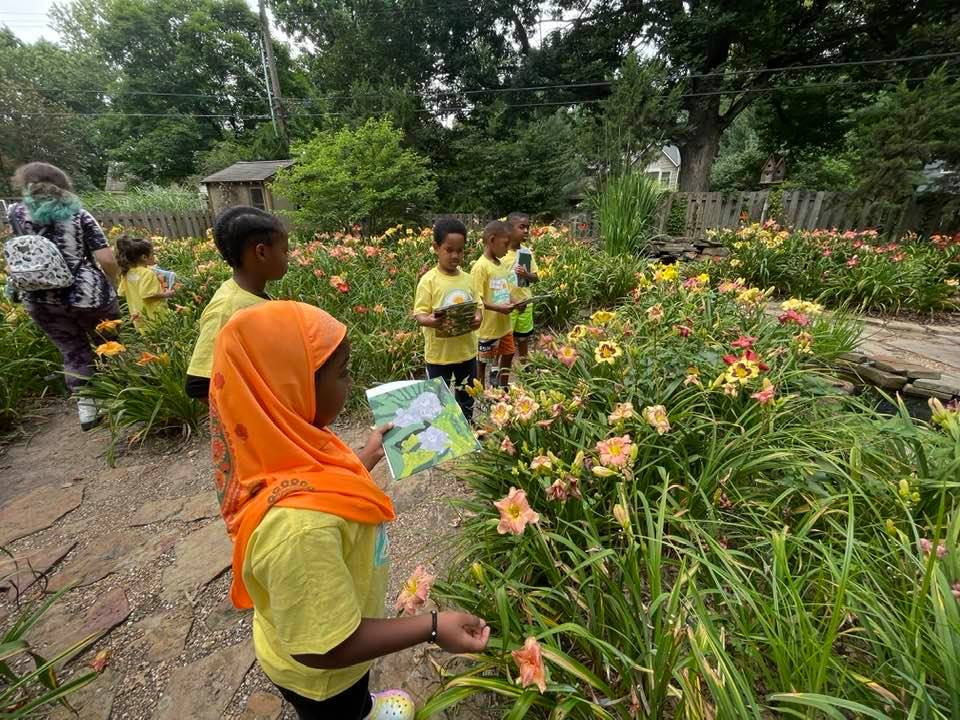 “It was amazing. Everything that entranced me the first time I saw all of the flowers and plants, it was even a bigger deal for those kids,” Major Love remembered.

The children clutched their paintings in hand and one by one showed each to Dr. Mitchell.

“He loved seeing the paintings and talking to the kids about the kinds of flowers they chose to paint.”

Eventually, the children wandered into the garden to find their special flower. As Dr. Mitchell and Major Love chatted, their conversation was interrupted by shrieks and screams.

They both hurried over to the children and found the cries were that of delight as the seven children were enraptured by a dragonfly. The first and biggest they had ever seen.

Major Love turned to Dr. Mitchell and said with a smile, “There are no dragonflies in the city.”

It wasn’t just dragonflies and flowers those children saw that day. They saw an entire world that was possible. As they drove back to Eastside, Major Love reinforced that lesson.

“I told them they can have this for themselves, too. Even better, they can improve their own neighborhood, they don’t have to move. They can make where they are nicer.”

Because The Salvation Army lives in the communities we serve, making those neighborhoods in the 816 for the children who call it home is just as important to us as it is their families.

Because everyone deserves to see a dragonfly.