The appearance of a Red Shield seems to have had its beginnings in The Salvation Army’s ministry to men and women in the armed forces during World War One. 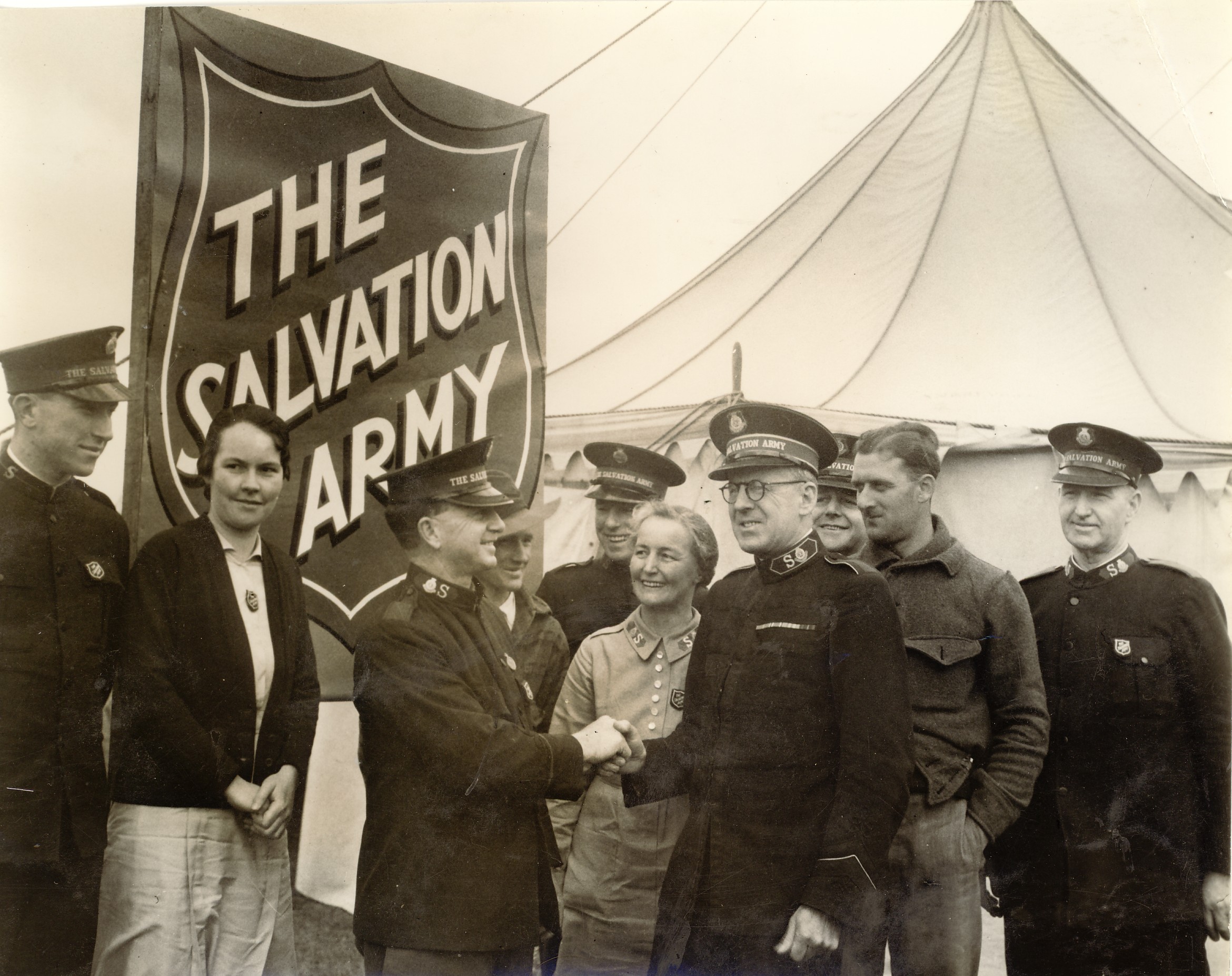 In an English War Cry in December 1915 was a photograph of an Army welfare hut bearing a shield with the words “The Salvation Army” emblazoned across it.

Within a couple of years, it was claimed that: “The Salvation Army Shield has become the best known and most prominent sign in the military training camps [and] among the troops in France.”

Early Red Shield signs were often hand-crafted by serving personnel and some early logos were on a blue background. Over the period of the war they evolved until a War Cry report in July 1917 described them as “a large shield on enameled sheet iron with a blood-red background”.

The design was officially recognized when War Cry artist, Joseph Hoy, was requested by Colonel (later General) George Carpenter, then Literary Secretary to Bramwell Booth, after the end of the First World War to consolidate the image of the Army’s recreation huts, mobile canteens, etc., which had been serving the troops during the war years, and continued to do so in the military establishments in Britain.

But soon it became the accepted symbol for The Salvation Army’s widespread activities in the service of humanity.

With its redemptive theme on Jesus Christ as the Savior, it featured heavily in Australian newspaper advertisements in the 1930s as a feature of Salvation Army band programs.

It would appear that the public had little knowledge or understanding of the Red Shield until the outbreak of World War Two, when Red Shield huts and marquees were to proliferate wherever servicemen and women gathered.

One of the earliest references is found in a newspaper article from 1939.

“The interests of the men going to camp with the militia are being given every consideration by The Salvation Army,” said the report. 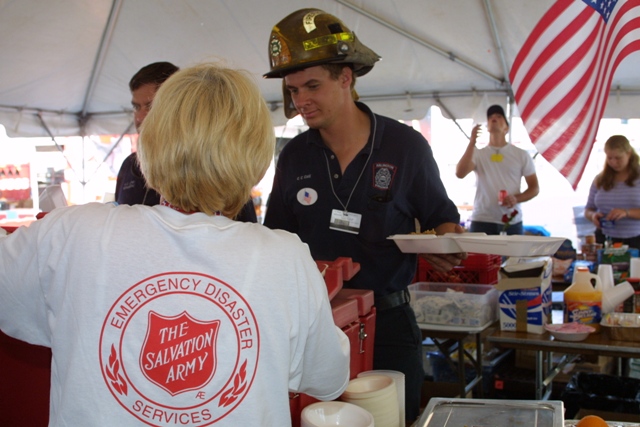 “A large marquee, writing tables, stationery, crockery, piano and materials for a platform, with lighting arrangements in the form of gas lamps, in fact, a complete equipment for the well-known war work which will go on at the sign of the Red Shield ...which is rapidly being transformed into a canvas town, the population of which will soon take possession.”

The Red Shield logo was to become one of the most familiar symbols of Salvation Army ministry to servicemen and women throughout World War Two and can still be seen at various military establishments throughout the world affixed to huts and vehicles used by Emergency Disaster personnel.

The popularity of the logo is now widely used by The Salvation Army to represent its financial appeals and as a well-recognized symbol on clothing, stationery and Salvation Army buildings.