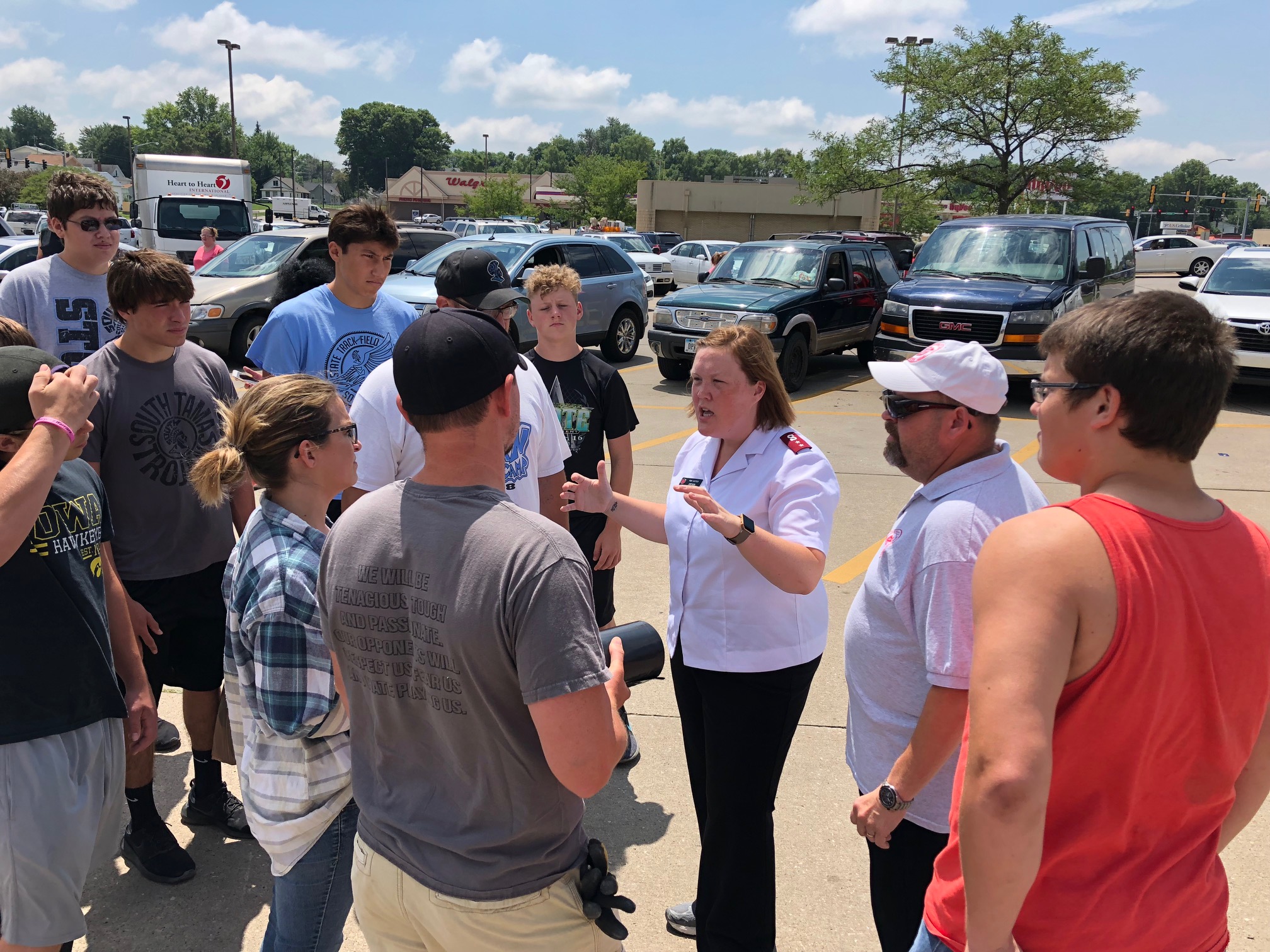 Capt. Pam Kasten had been on the job just three weeks in her new appointment at The Salvation Army in Marshalltown, Iowa, when she faced her first large-scale disaster. On the afternoon of July 19, 2018, an F3 tornado slammed into the city of 27,000, damaging more than 750 homes and buildings, including the historic courthouse and The Salvation Army corps community center.

Capt. Kasten quickly established a temporary crisis response post in the Hy-Vee parking lot, where staff and volunteers distributed food, beverages, disaster clean-up kits and hygiene items to survivors. Mobile canteens from Boone, Ft. Dodge, Mason City, Iowa City and Cedar Rapids, Iowa -- plus additional Salvation Army staff and volunteers from as far west as Omaha and as far east as South Bend, Indiana -- converged in Marshalltown to help with the distribution of food and supplies in the hardest-hit areas of the city. Altogether over the course of the relief efforts, The Salvation Army served more than 575 families (a total of more than 2,000 people).

“It was definitely the worst summer of my life,” admitted Capt. Kasten, whose father was diagnosed with cancer just five days after the tornado struck. “But I said this then, and I say it now: God is still on the throne. His faithfulness was, and still is, evident every moment, every day.”

Two years later, life is mostly back to normal in Marshalltown. The corps community center, which sustained $1 million in damage, has been repaired, and most of the homes and businesses have been restored, though there are signs that there is still more work to do around the city. “The courthouse dome is still on the ground,” said Capt. Kasten, “but they’re working on it.”

The Marshalltown Corps wrapped up long-term recovery assistance this past May, but, as Capt. Kasten noted, she and her staff continue to offer ongoing emotional and spiritual support. “Not everyone is fully recovered,” she said. “This is long-lasting trauma from something like this.”

However, now that the literal dust has settled and she’s had time to reflect on the tornado and the relief efforts that followed, Capt. Kasten can appreciate the positive that came out of the disaster. “Despite my lack of experience and knowledge, God provided,” she said. “There were moments when I felt alone, but I know I was never alone. Every day God put His people exactly where we needed them.”

The disaster also showed Capt. Kasten a side of the community she might not otherwise have experienced. “Everyone immediately came together to help one another,” she said. “I saw right away what kind of community I moved to, and I am grateful for that.”

Two years after the devastating tornado, Capt. Kasten knows two things for sure: “I definitely don’t want to go through a disaster of that magnitude again. But I also know, no matter what, that God is always faithful. He will equip us and provide exactly what we need in the midst of chaos.” 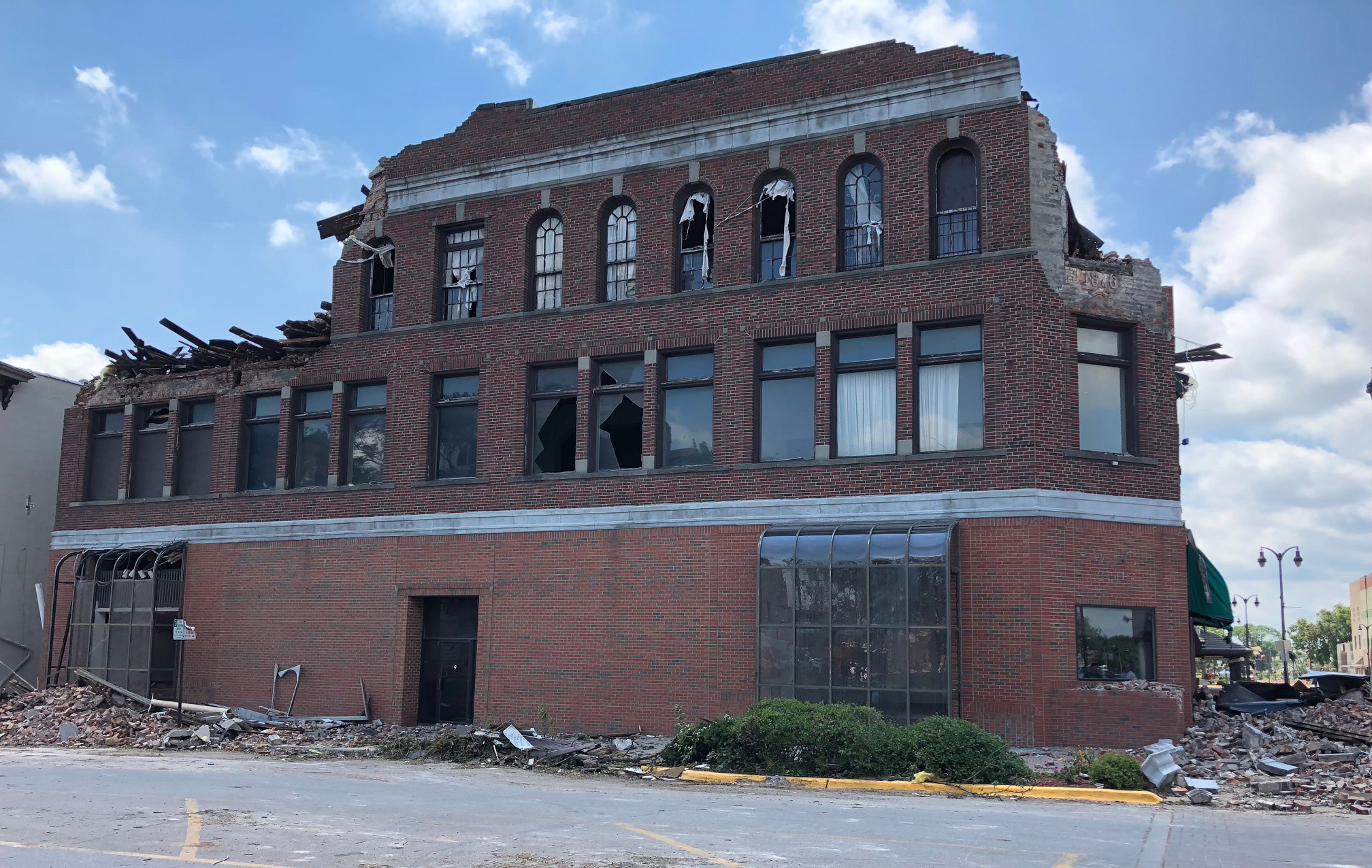 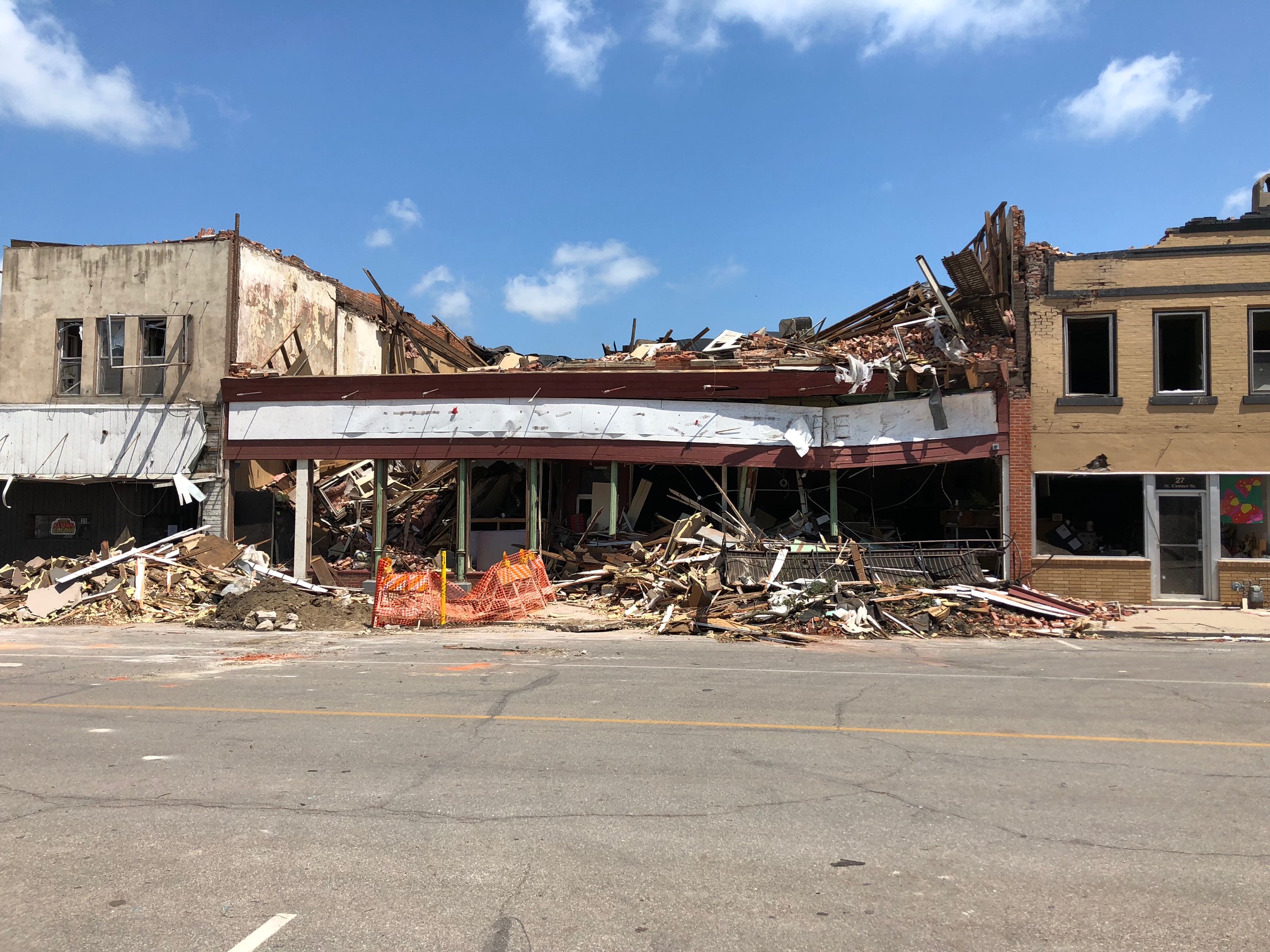 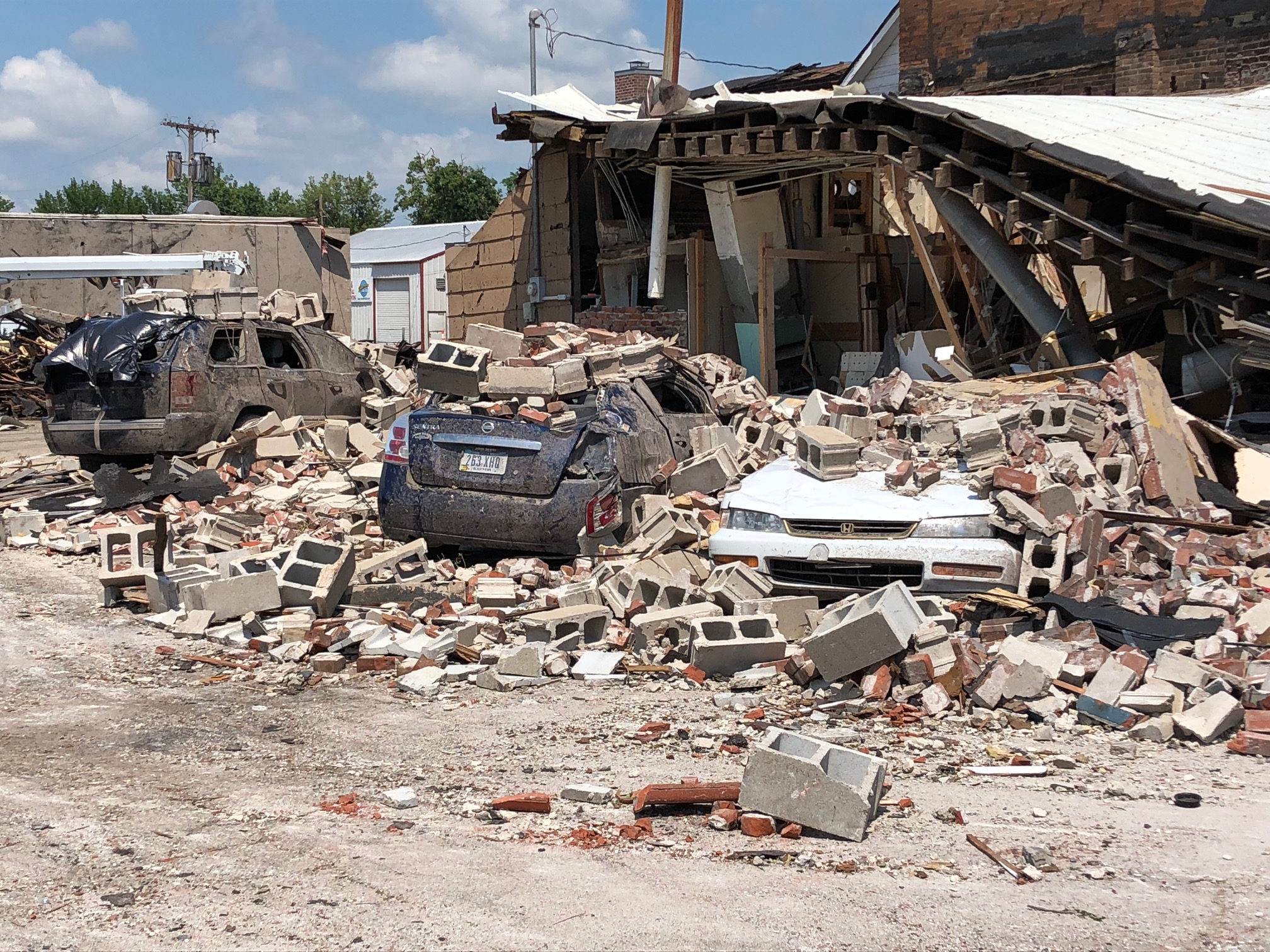