Shining the Spotlight on the 2022 D.J.’s Hero Award Winners, Part 3

Concluding our three-part series on the 2022 D.J.’s Hero Awards scholarship winners, this week we shine the spotlight on Aleah Onate of Gibbon, Camille O’Neill of Gretna, Yoselyn Paiz-Rafael of Omaha, Zachery Randall of Pender, Allison Vaughan of Humboldt and Tyson Warner of Louisville.

The D.J.’s Hero Awards are underwritten by David and Peggy Sokol -- in partnership with Fred Hunzeker, Elizabeth and Mike Cassling, Marilyn and Jim Schroer and Kathy and Larry Courtnage -- in memory of D.J. Sokol, who lost his battle with cancer in 1999 at age 18. The awards recognize Nebraska high school seniors who exemplify perseverance and selflessness and who are servant-leaders in their communities.

A total of 189 D.J.’s Hero scholarships have been awarded to Nebraska students over the past 23 years, including 17 new scholarships in 2022. Each of this year’s Heroes will be awarded a $12,000 scholarship to the college of their choice. 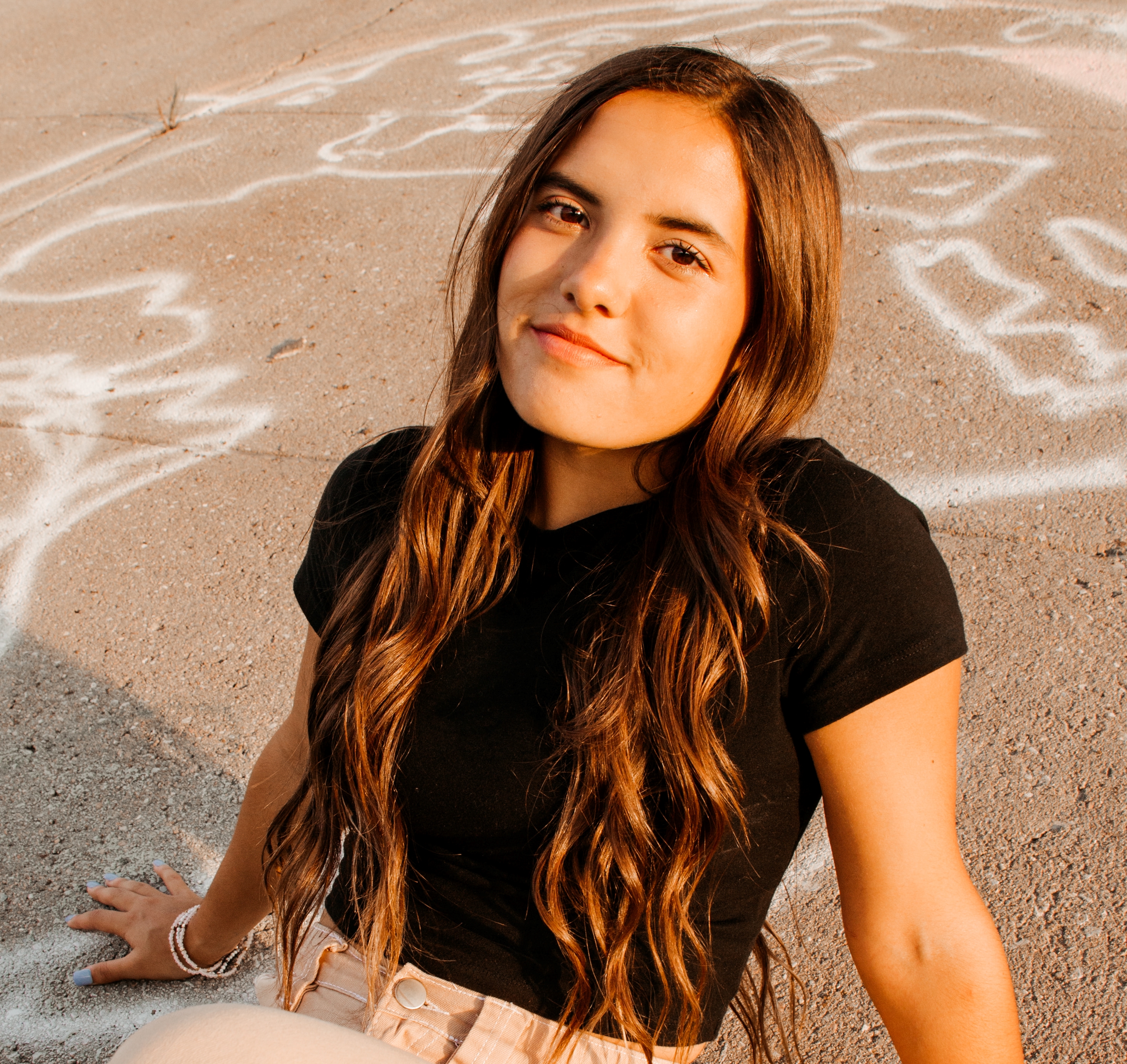 Aleah Onate – Gibbon (Gibbon High School)
“I want to pursue a career in either education or nursing that will allow me to help others succeed.”

Despite the emotional and financial stresses that go hand-in-hand with her family members’ chronic health problems, Aleah has been able to focus on excelling academically and as a leader at her school. She plays point guard for the basketball team, is captain of the dance team and is also involved in cross country, track, softball and FBLA. In addition, Aleah was selected by her coaches to serve as assistant instructor for the dance team, a role in which she mentors and encourages the younger students.

Aleah’s service to others doesn’t end with her family and her athletic endeavors. She has also mentored special education students and volunteers regularly at her school’s food pantry.

Aleah is the recipient of the D.J.’s Hero Charles Schroer Memorial Scholarship. She plans to major in elementary education at the University of Nebraska at Kearney in the fall. 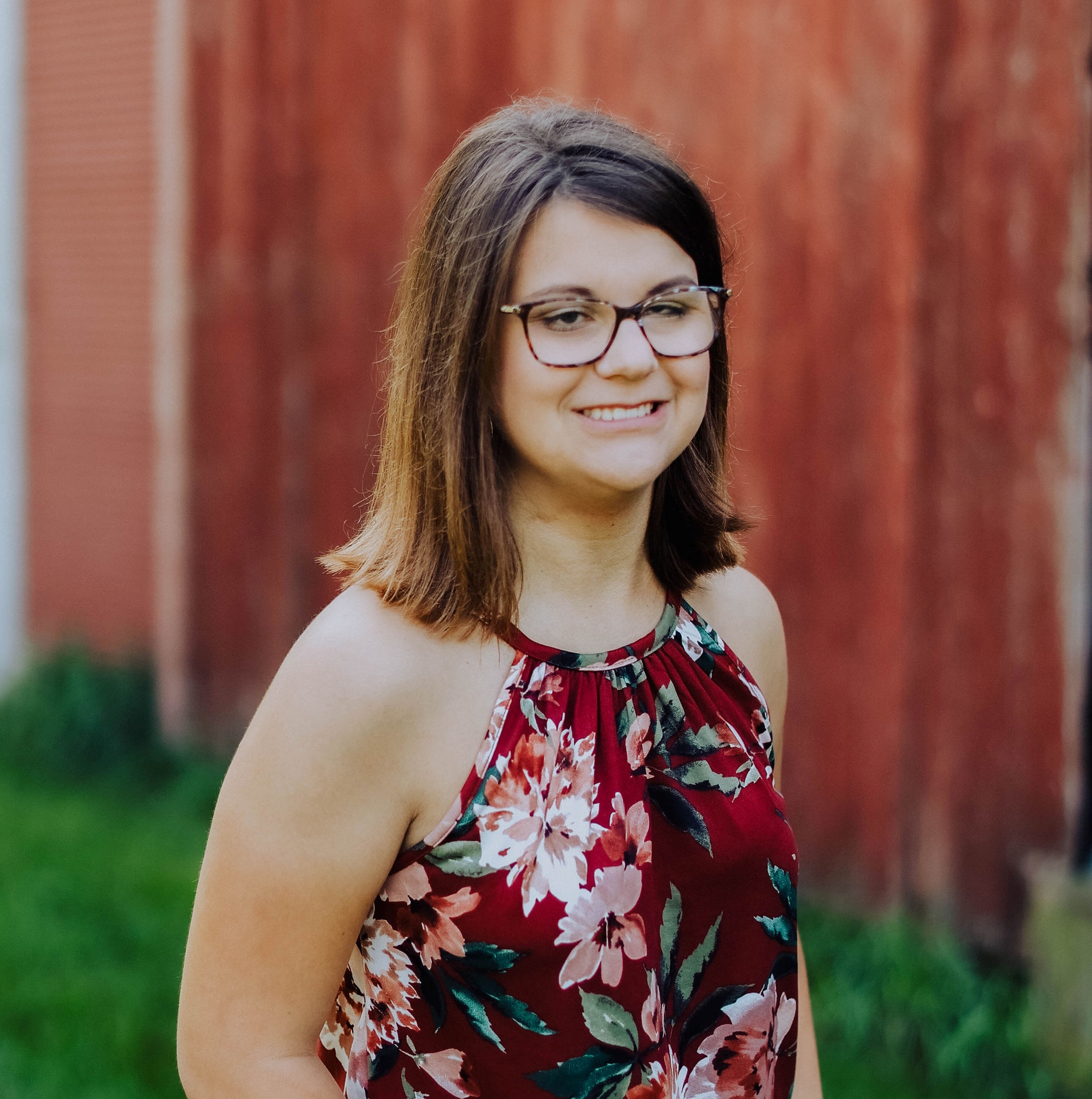 Camille O’Neill – Gretna (Millard West High School)
“I’ve had a passion for sports for as long as I can remember, and math has always been one of my strengths. I look forward to combining these interests to land a job in sports analytics.”

The lone survivor of triplets, Camille was born 15 weeks premature, weighing 1 lb. 13 oz. As a result of her premature birth, she is completely blind in her right eye, has significant vision loss in her left eye and was also diagnosed with Cerebral Palsy. Since her birth she has endured multiple major surgeries and many months of rigorous physical therapy.

Despite these challenges, Camille has excelled academically, enrolling in AP and honors classes and earning a 4.0 GPA. She is passionate about advocating for others and is a compassionate and selfless giver, often assisting and encouraging other students with disabilities and volunteering for a local hospice organization.

Camille plans to pursue a degree in business intelligence and analytics at Creighton University. 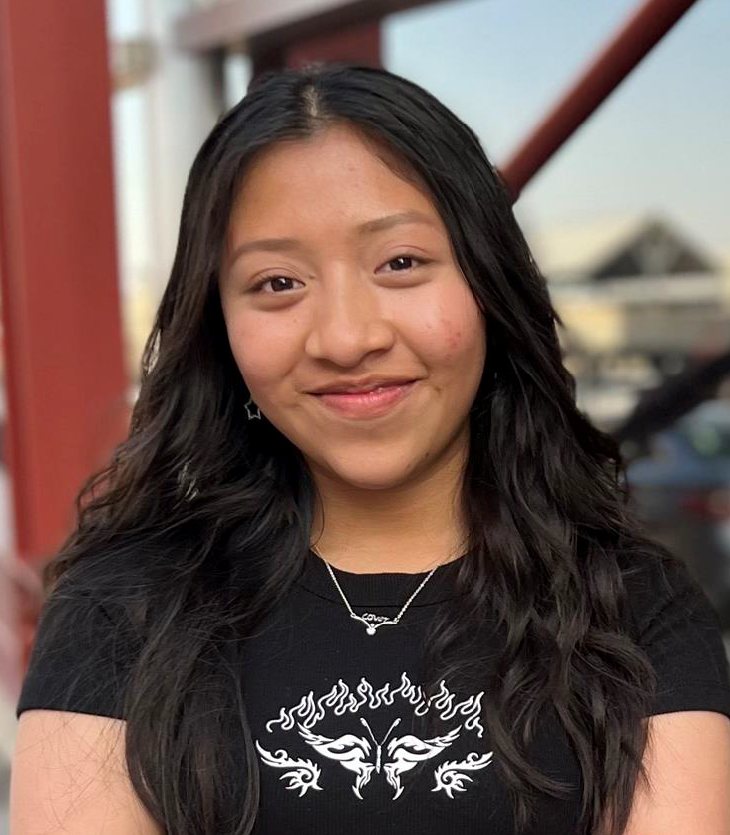 Yoselyn Paiz-Rafael – Omaha (South High School)
“I will work to develop a plan to bridge the growing gap in technology and education for communities that are falling behind.”

When she was just 14 years old, Yoselyn made the difficult decision to leave her home and family in Guatemala to pursue a better education in the United States. After relocating several times, with the help of a social worker at her high school, Yoselyn finally found stable housing with two young women who were experiencing similar circumstances.

Since arriving in the United States, Yoselyn has worked full-time every day after school and on most weekends in order to pay her own rent and all her living expenses, all while continuing to earn stellar grades and a 4.05 GPA.

Yoselyn is the recipient of the D.J.’s Hero Elizabeth and Mike Cassling Scholarship. She plans to major in computer science at the University of Nebraska Omaha in the fall. 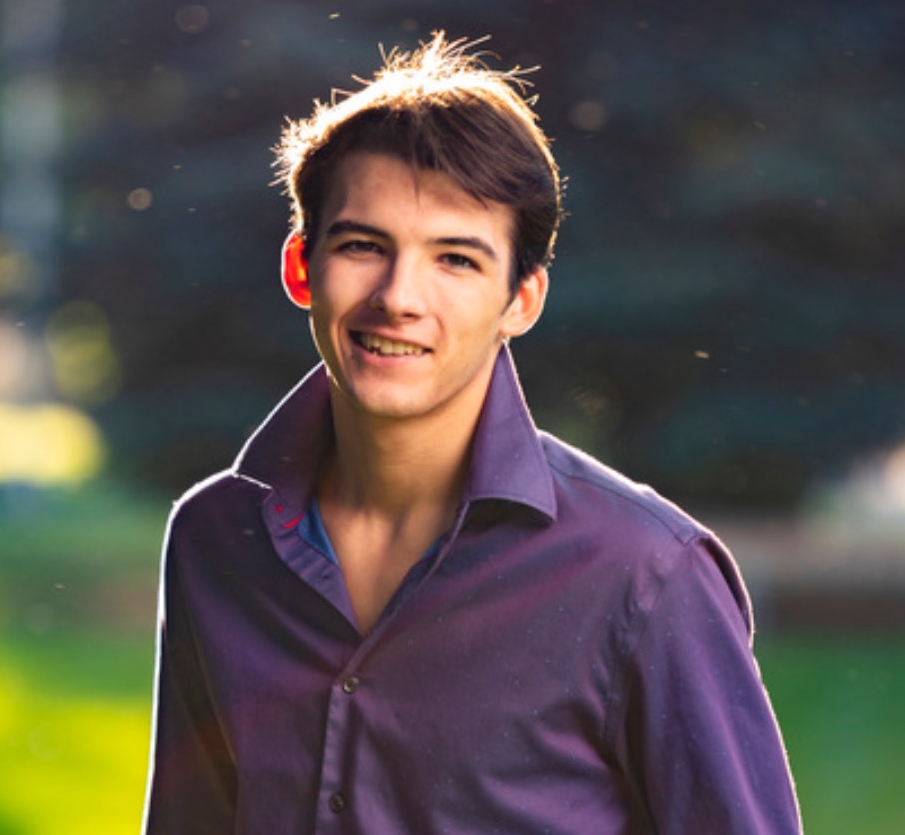 Zachery Randall – Pender (Pender High School)
“The significance of helping others is paramount in my eyes.”

From surviving a house fire, to navigating his loved ones’ struggles with mental illness to taking responsibility for his four siblings, Zachery’s strategy is to look for a way to turn every challenge into something positive. Case in point: after living through his own house fire, Zachery joined the volunteer fire department as a cadet so he could help prevent a similar misfortune from befalling other families.

An award-winning actor, two-time speech team district champion and captain of the wrestling team, Zachery has also demonstrated inspiring leadership at school. When he’s not encouraging his peers, he can be found working hard at the local gas station, auto shop, farm or town pool, as well as volunteering to plant flowers and shop for the older members of his church.

Zachery plans to pursue a degree in psychology at Wayne State College in the fall. 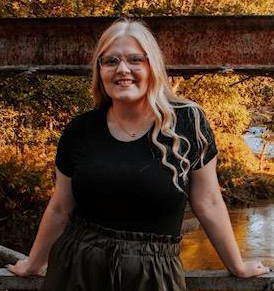 Allison Vaughan – Humboldt (Humboldt Table Rock Steinauer High School)
“Being able to spread kindness and joy and share my leadership skills is a goal I will never stop chasing.”

Despite her challenging circumstances, Alli has thrived in school and is active in band, chorus, Academic Decathlon, speech, mentoring, leadership and National Honor Society – all while caring for her younger siblings, working as a waitress, regularly babysitting two preschool-age children with special needs and volunteering at Red Cross bloodmobiles. She has also worked hard on her own mental health and has, over time, shifted her perspective on her circumstances and learned how to establish healthy boundaries for herself.

Alli plans to attend Southeast Community College in the fall to pursue a degree in nursing. She ultimately aspires to work in a hospital trauma center someday. 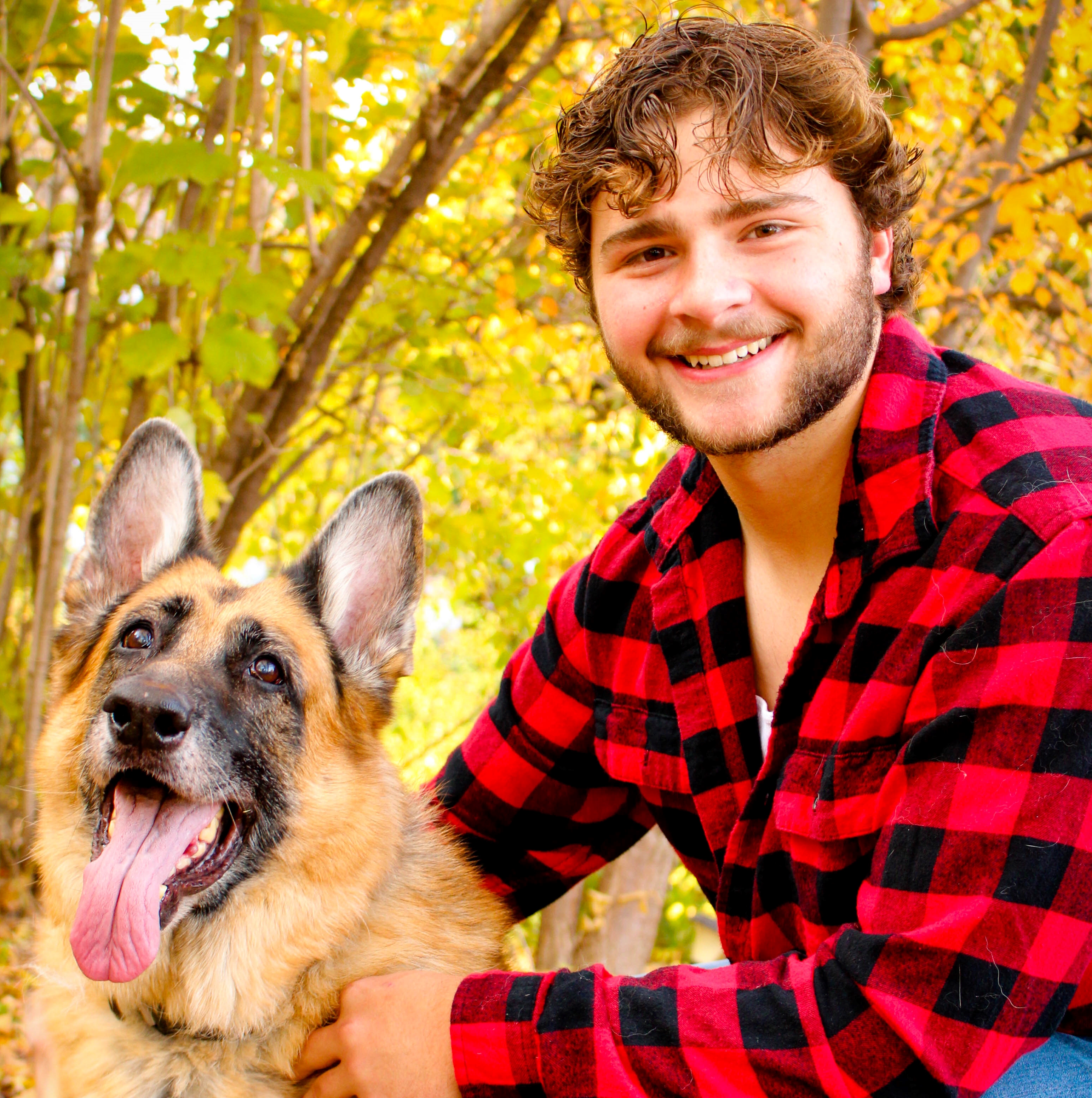 Tyson Warner – Louisville (Louisville High School)
“I’ve always had the desire to help people and to be there for those who have no one to help them.”

In January 2020, Tyson’s adopted father attempted to kill Tyson, his siblings and his mother. After a physical struggle, in which Tyson’s hand was broken, the 60-minute ordeal finally ended with law enforcement intervention. Tyson watched as his father was shot by an officer and then as he attempted to turn the gun on himself.

Two years later, against all odds, Tyson is thriving. Captain of the football and wrestling teams; member of the track team; history aficionado; dedicated volunteer at youth camps, games and tournaments; and a highly valued employee at the local hardware store, he puts 100 percent effort and enthusiasm into everything he does.

Tyson plans to major in criminal justice with a minor in criminal psychology at the University of Nebraska Omaha. Eventually he would like to pursue a career as a homicide detective.