This year’s Christmas Review online newsletter is packed with exciting news and highlights from The Salvation Army Northern Division's 2020 Christmas Campaign in the Twin Cities, Greater Minnesota and North Dakota.

Scroll down to discover fundraising totals and inspiring stories about the people touched by the work of our volunteers, staff, and donors throughout the holidays.

Thank you for helping The Salvation Army to Rescue Christmas during one of the most challenging holiday seasons of our lifetime. Your generosity will help provide food, housing, and other critical services for those struggling to get through the pandemic in 2021. Donate now.

The Salvation Army’s call for help to Rescue Christmas in 2020 was answered with unprecedented generosity by individuals and partners. Between red kettles, online donations and other giving, Salvation Army supporters gave an incredible $24.8 million during the 2020 Christmas season in the Twin Cities, Greater Minnesota and North Dakota. That’s about one-third of our entire annual budget.

“We are grateful to our donors and partners for standing by us and even increasing their donations despite the challenges of COVID-19,” said Lt. Col. Dan Jennings, leader of The Salvation Army Northern Division.

In the Twin Cities, The Salvation Army opened the season of giving by tapping Dan Stoltz (pictured), President and CEO of SPIRE Credit Union, to serve as Chair of the 2020 Christmas Campaign. Stoltz kicked off the campaign by donating $100,000 worth of matching dollars, courtesy of SPIRE, for gifts made online (read story).

“Like most Minnesotans, I believe in giving back to the community,” said Stoltz, who rang bells at more than a dozen red kettle locations in the Twin Cities during the Christmas season. “Minnesotans always step up when there is a great need.”

Step up indeed: Giving levels soared after several donors pooled their resources to offer a $1 Million Challenge Match in the Twin Cities. After the challenge ended, The Salvation Army had raised nearly $14 million in the Twin Cities – about half of our entire annual budget in the seven-county metro area.

Another fun fact: In six weeks of bell ringing, nearly $1.1 million worth of red kettle donations were given at Cub grocery stores throughout Minnesota. The company also donated $20,000 worth of matching dollars during the first weekend of bell ringing in the Twin Cities. Cub is a trusted partner of The Salvation Army and has hosted red kettles at its stores for decades.

“With COVID and the civil unrest and everything else that our community has gone through, it’s more important than ever that we dig deep and take care of those in need,” Cub CEO Mike Stigers told CBS news. 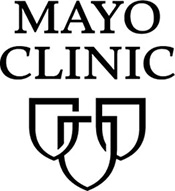 In North Dakota and Greater Minnesota, most of The Salvation Army’s 18 Worship and Service Centers reached their individual Christmas fundraising goals. That includes The Salvation Army in Rochester, Minn., which received a huge matching gift from Mayo Clinic for the second year in a row. On Dec. 19 and 20, Mayo matched all donations made online to its virtual red kettle, dollar for dollar, with no limit (read story). The effort raised a grand total of $320,000 for the Rochester Salvation Army.

“I want to thank everyone who gave so generously to Mayo Clinic’s virtual red kettle,” said Major Robert Mueller, Rochester Salvation Army administrator. “We are so grateful to this community and to Mayo Clinic for helping The Salvation Army to Rescue Christmas for our neighbors in need.”

In a year of unprecedented need, we expected a possible 50 percent decrease in fundraising at the red kettles due to reduced foot traffic, fewer kettle locations, the national coin shortage, and other barriers.

Thankfully, the steep decrease did not happen. Instead, people and communities answered by digging deep into their pockets to give at the kettles. Overall, $2.3 million worth of kettle donations was raised in the Twin Cities, $2.4 million in Greater Minnesota, and $1.1 million in North Dakota – for a grand total of $5.8 million given in The Salvation Army Northern Division .

“If you volunteered at a kettle, or dropped money into one, thank you,” Lt. Col. Dan Jennings said. “Your gifts of time and money will allow The Salvation Army to change lives throughout 2021.”

The kettle season began in mid-November and continued until Christmas Eve, when more than 15,000 volunteer bell ringers gave nearly 40,000 hours at red kettles throughout Minnesota and North Dakota. 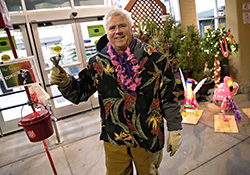 One of those volunteers was Scott “The Reggae Ringer” Clausen, a veteran bell ringer who wears a Hawaiian shirt and plays tropical music at his kettle. He witnessed a heartwarming moment during the 2020 kettle season when he saw an elderly woman walking toward his kettle, slowly, from far across the parking lot of a Cub grocery store. “She had a walker and was moving as slow as a snail,” Clausen recalled.

The woman finally arrived at the store entrance, but she didn’t go inside. Instead, the little old lady reached inside her purse, pulled out some money, dropped it in Clausen’s kettle, and began to walk away.

“I couldn’t believe it,” Clausen said. “The only reason she made that long trek was to put money in the kettle. If you ring the bell, you will see the best part of humanity.” (Read about another touching moment Clausen witnessed.)

Thousands of other bell ringers were a part of many incredible moments at the kettles, such as: 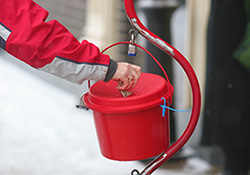 - Eight gifts of $1,600 in cash were dropped into Twin Cities red kettles by Saint Grand, the anonymous and affectionately-named donor who has been donating bundles of crisp $100 bills every Christmas season since 2011. During the past nine Christmases, Saint Grand has donated a total of $152,500. His or her identity still remains unknown (read story). 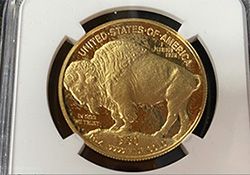 - An anonymous donor dropped a 1-ounce gold coin into a red kettle at Scheels sporting goods in Grand Forks, N.D., prompting local business Interstate Towing & Recovery to give a 1-ounce gold coin ($2,000 value) and challenge others to do the same. “A big red kettle thanks to all of the donors who’ve given gold coins in recent years, and to Interstate Towing for offering their unprecedented challenge,” said Lt. Matthew Beatty, leader of the Grand Forks Salvation Army.

Kettle donations are vital to the day-to-day operations of The Salvation Army’s Worship and Service Centers in Minnesota and North Dakota, providing food, youth programs, counseling, and other important services.

Your donations of time and money allowed Salvation Army locations across Minnesota and North Dakota to provide food and toys for thousands of children and families.

In the Twin Cities, a safe and contactless drive-thru Toy Shop distribution was created at Salvation Army headquarters in Roseville, replacing the traditional model of having parents pick out toys at our seven local operation centers. More than 3,000 families and almost 9,000 children received toys at this six-day event. (See photos.)

One of the families included a single mother, Tonya, who’d lost her job earlier this year due to COVID-19. Volunteers packed her car full of donated toys and art supplies for two of her kids, ages 9 and 20 months.

“This helps so much,” said Tonya, who had never needed The Salvation Army’s help before. “By not spending money on toys, I can spend that money on food for my kids.”

More than 600 volunteers helped at the distribution, spending hour after hour restocking shelves, filling toy orders, and delivering presents to families waiting outside in their cars.

One of the volunteers, Alexis Jorgensen, signed up to help for 12 hours on the first day of Toy Shop. “I volunteer because I love imagining the looks on the kids’ faces when they get these toys,” said Jorgensen, 20. “I love knowing that I am helping somebody to have a good Christmas.”

Additional events were held at Salvation Army Northern Division locations across Greater Minnesota and North Dakota. That includes Duluth, Minn., where record-breaking numbers of food, money and toys were donated at the incredible Bentleyville Tour of Lights holiday display. 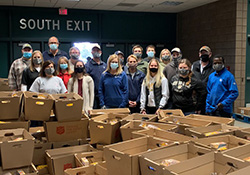 “Thank you to all who helped The Salvation Army provide food and toys to families in Minnesota and North Dakota,” said Major Scott Shelbourn, Secretary for The Salvation Army Northern Division. “None of our donors and volunteers will know, this side of heaven, the lives they touched. We are grateful for the support.”

Countless businesses and organizations supported The Salvation Army throughout the 2020 Christmas season, providing thousands of volunteers and millions of dollars in gifts. These inspiring contributions helped Rescue Christmas for untold numbers of families.

Here are just a few examples of the fun and creative ways our valued partners served in Minnesota and North Dakota: 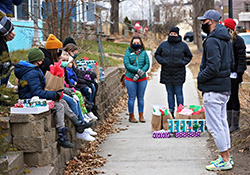 – Minnesota Vikings wide receiver Adam Thielen and his family bought and delivered Christmas presents for five families in need (view photos). Each family also received a new computer to help with distance learning, courtesy of Microsoft, and delicious food donated by Let’s Dish. This is the fourth Christmas in a row that Thielen has helped Salvation Army families, on behalf of the Thielen Foundation (read story).

– The Richard M. Schulze Family Foundation gave a gargantuan donation of $250,000. Schulze, a long-time supporter of The Salvation Army, founded Best Buy and grew up in St. Paul.

– The Minnesota Vikings and CenturyLink provided Christmas gifts for a whopping 66 families enrolled in a Salvation Army mentoring program called Pathway of Hope.

– KSTP’s Stuff the Sleigh toy drive collected more than 7,000 toys and $51,000 in monetary donations for the Twin Cities Salvation Army.

– In northeastern Minnesota, Miner’s Inc. matched all kettle donations – up to $50,000 – made Dec. 14-24 at Super One Foods stores in Duluth and surrounding cities.

– In southern Minnesota, 20 corporate partners in Blue Earth County and North Mankato provided a total of $30,000 to match donations of $5, $10 and $20 given at local red kettles. In addition, the Mankato Salvation Army delivered pizzas to staff at local assisted living communities as a show of gratitude for the work they do (read story).

– Significant toy donations were made by KTIS listeners, King of Kings Lutheran Church in Woodbury, and attendees of the GLOW Holiday Festival in St. Paul (pictured).

– In north central Minnesota, the Brainerd Lakes Salvation Army received $5,000 worth of matching dollars each from Cub, Mills Automotive Group, a private donor for the annual Day of Caring event on Dec. 17, when kettle donations were doubled at local Cub stores and SuperValu in Pequot Lakes.

The Salvation Army Northern Division is already hard at work using Christmas donations to serve people and families affected by COVID-19. But Christmas donations account for only about one third of The Salvation Army Northern Division's yearlong budget in Minnesota and North Dakota, which means additional financial help will be needed as we dive deeper into 2021.

A great way to support The Salvation Army’s year-round efforts is to give monthly. By becoming a recurring donor, you will provide a steady stream of income that The Salvation Army can depend on to serve others, month after month, as the COVID-19 pandemic continues.

Or, if you would prefer to make a one-time gift:

Thank you for supporting The Salvation Army during the 2020 Christmas season and throughout 2021. Your time, treasures and talents are a blessing as we strive to serve others in the name of Jesus Christ.