Donations in Action is a regular series about how your gifts to The Salvation Army Northern Division allow us to serve people and families in Minnesota and North Dakota. The stories below provide examples of how our staff, volunteers, donors, and partners are making a positive impact during these uncertain times.

Please join us by giving a donation. Your gift will provide food, shelter and care for people who need help. 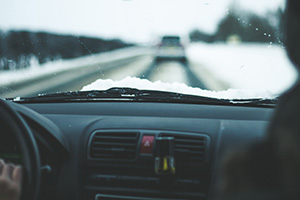 A government office called to tell us that a family with multiple young children was unable to pick up the toys they requested from a Salvation Army Toy Shop distribution. The family lived at the end of the road in a mobile home park and did not have access to car.

A Salvation Army caseworker named Alisa jumped at the chance to help. The next day, she stopped by the Toy Shop, picked up the family’s toys, and drove to the family’s home nearly 50 miles away. She left the toys at the family’s doorstep.

“The father later emailed to say the toys were received and much appreciated,” Alisa said. “Going the extra mile makes a difference in the lives of those Jesus calls us to love.” 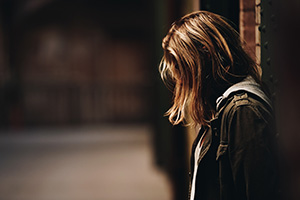 In central Minnesota, we received a call from a woman who’d gotten kicked out of her boyfriend’s home when the weather was bitterly cold. She had no local family support, and the police said she could not reenter the home because her name was not on the lease.

Working with other local agencies, a Salvation Army caseworker named Donna helped get the woman into a hotel until a more permanent solution could be found.

Less than a week later, Donna found the woman a warm, safe apartment to live in.

“This woman was grateful for the assistance and wanted me to pass along a big thank you to our supporters,” Donna said. “The Salvation Army was able to get this woman into permanent housing because of the work that is done at the red kettles.” 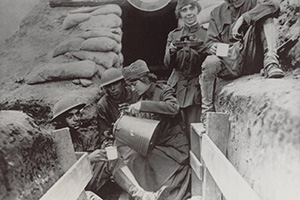 Recently a woman called to tell us an incredible story about how The Salvation Army touched the life of her mother.

The woman explained that her mother was a nurse on board a hospital ship that served WWII soldiers who were wounded on D-Day. The mother was in awe of the Salvation Army workers around her as they cared for the soldiers in any way they could.

The mother went on to serve as a nurse in Denmark and elsewhere in Europe.

“The Salvation Army was present wherever my mother went and was always reliable,” the woman told us.

The Salvation Army has a long history of supporting U.S. troops, starting in the 1910s during World War I, when female Salvation Army volunteers called “Donut Girls” served American soldiers battling on the frontlines. The Donut Girls made and served thousands of donuts a day for U.S. troops, while also praying with the soldiers, helping them write letters, mending their clothes, and more. Learn about how The Salvation Army serves veterans today.