Hope Marches On is a story series featuring real-life examples of how your donations to The Salvation Army help local people and families overcome food insecurity, eviction, inflation, and other hardships.

Thanks to your donations, The Salvation Army has opened a new men’s housing facility in the northern Twin Cities suburbs, called the “Pathway Forward” home. 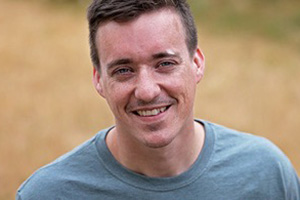 The facility helps men like Tom (pictured) get their lives on track and become whole.

“I’m thankful for this place,” said Tom, who works in maintenance. “My mantra is: Another day sober is another step in the right direction.”

A year ago, Tom entered inpatient addiction treatment at The Salvation Army Rehabilitation Center in Minneapolis. He graduated in June, then moved into the Pathway Forward home when it opened in August. His main goals are to stay sober, reduce his debt, catch up on paying child support for his young son, and be financially secure enough to live on his own.

Living at the Pathway Forward home will help Tom accomplish these goals. Every day, he receives support from an onsite case manager and other men living in the home.

“I like that there is a case manager here all the time,” Tom said. “That’s a worry at some halfway houses; if you don’t have a case manager onsite, you can run into problems.”

Another goal Tom has is to be a better father to his son, who lives with his mom in Wisconsin. Tom knows that reestablishing a relationship with his son will require patience and sustained sobriety.

“I’d rather be five hours from my son and sober than live five minutes away from him and be drunk,” Tom said. “That’s a sacrifice I’m willing to make for now so that when I can spend time with him again, I’m present and being a good father.”

The Pathway Forward home is unique because it provides men more freedom and independence than what is offered at traditional halfway houses, while still providing the support services they need to live a sober and productive lifestyle.

Without supportive housing programs like the Pathway Forward home, it can be easy for men to fall back into trouble.

“Oftentimes, men coming out of prison or halfway houses can’t find a place to live because rent is too expensive or landlords won’t rent to them,” said Charles Berry (pictured at Pathway Forward home), Prison Ministries Director for The Salvation Army Northern Division. “This home knocks down those barriers and gives men a pathway forward.”

A resident named Roderick appreciates the Pathway Forward home for the second chance at life it has given him. He has been through treatment before, but it was difficult for him to stay sober because he was never accountable to anyone. 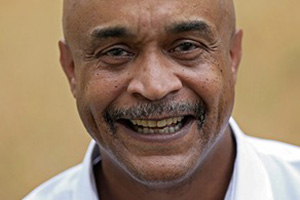 “That’s the one thing I haven’t had before – accountability,” said Roderick (pictured). “I’d always tell myself, ‘I got this.’ But I didn’t have it. Now I understand that you can’t do it alone.”

Roderick now has a job and is moving forward. By living at the Pathway Forward home, he can save money, build his employment history, receive personalized support, and work toward becoming the man he has always wanted to be.