Hope Marches On is a story series featuring real-life examples of how your donations to The Salvation Army help local people and families overcome food insecurity, eviction, inflation, and other hardships caused by the pandemic.

Thanks to your donations, Hope Marches On for a single mother named Alyssa. 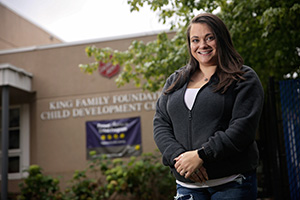 Two years ago, life could not have been harder for Alyssa and her young son. They had just moved into an apartment of their own after Alyssa had secured a good job – only to lose both when the pandemic hit.

“The timing couldn’t have been worse,” Alyssa said. “People don’t imagine themselves ever being homeless, but it can happen to anyone.”

Alyssa and her son were forced to spend their nights in Alyssa’s car. Desperate for help, Alyssa contacted the West 7th Salvation Army in St. Paul and received food and gas cards to get by. She had been to The Salvation Army before, having previously visited for help with food and utility bills, plus Christmas gifts for her son through our partnership with the Thielen Foundation. 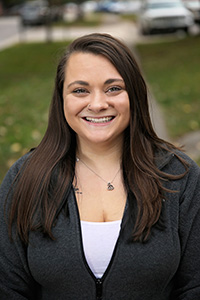 Alyssa enrolled in Pathway of Hope immediately. With Kristy’s help, Alyssa was able to:

Today, Alyssa is on the path to success. She is grateful for the help she has received from The Salvation Army and our supporters.

“I’m not sure where I’d be now if it weren’t for The Salvation Army,” Alyssa said. “Their support and encouragement has given me hope for what lies ahead.”