Retired slugger Joe Mauer stopped by the Cub Midway grocery store in St. Paul on Nov. 15 to stand at a red kettle and ring bells for The Salvation Army (see photos). 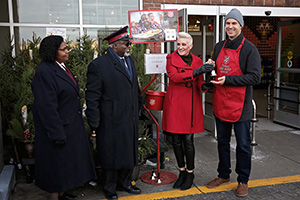 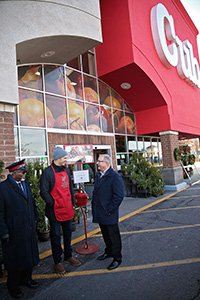 “This is why we call it an Army – an Army of community leaders coming together to help those who are less fortunate,” said Lt. Col. Lonneal Richardson, leader of The Salvation Army Northern Division.

Cub has allowed Salvation Army red kettles at its stores for decades. Every Christmas season, volunteers at these kettles raise close to $1 million in the Twin Cities.

Partnering with The Salvation Army is “absolutely what we should do,” Stigers said. “It’s about us being part of the community and taking care of the folks we serve every day.”

The Twin Cities Salvation Army’s 2019 red kettle season officially kicks off Friday, Nov. 22 at the Mall of America with a performance by William Close and the Earth Harp.