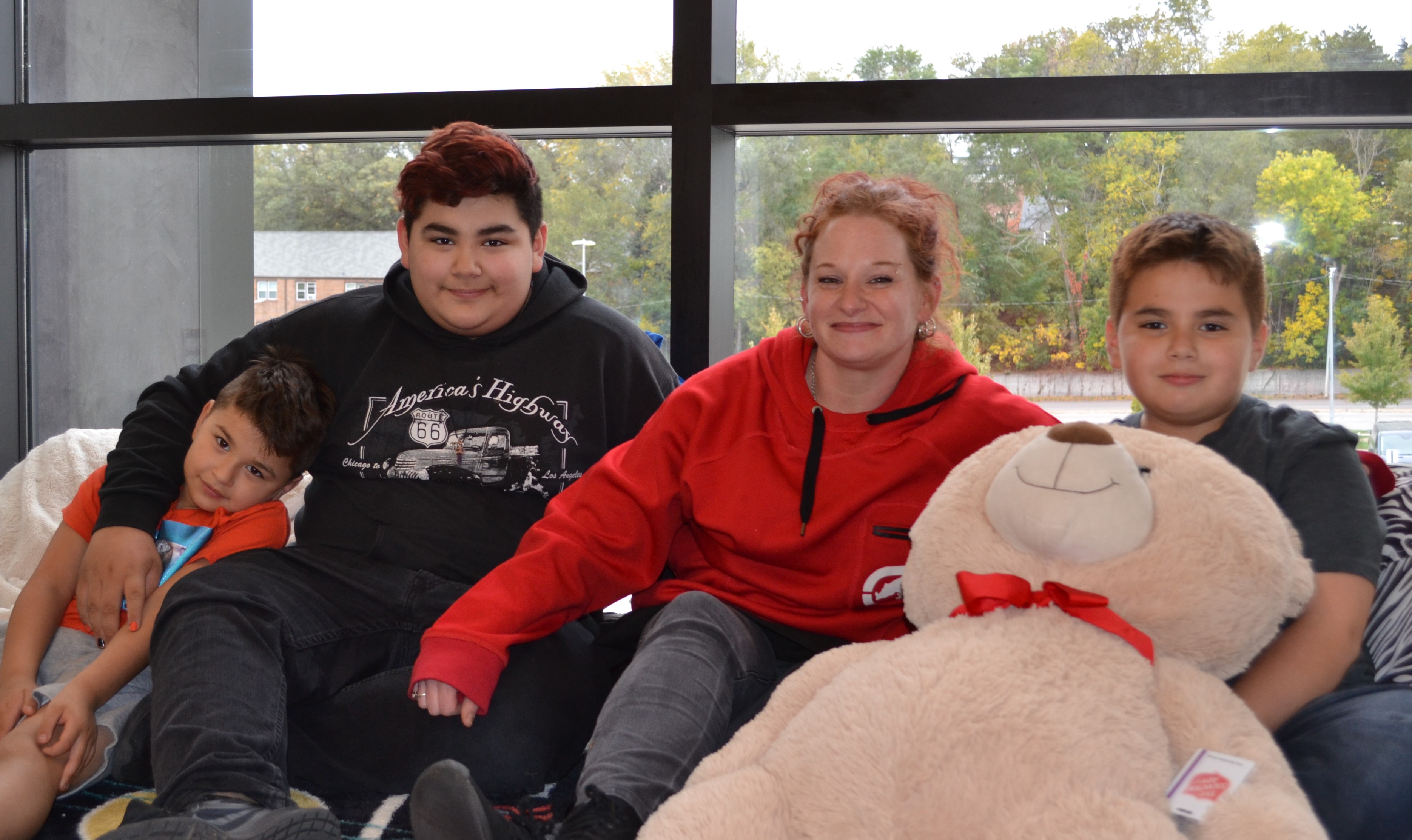 Continuing our October series on The Salvation Army’s social services and Material Assistance and Seasonal Services (MASS) programs, today we introduce you to Renaissance Housing resident Angela Crowl and her three boys.

Angela Crowl does not have a very long list of wants. “Stability and normalcy, that’s all I want,” she said. “My kids deserve normalcy.”

For Crowl, who left home at age 15 and “chose the wrong path” – a path that at one time included substance abuse (she has been clean and sober for several years) and, more recently, homelessness -- routine and structure would be a blessing.

“I feel like I’m always struggling to get stable,” she said. “My goal is simple: to have a house and a routine.”

Crowl and her three boys – ages 15, 10 and 7 – have been living in a three-bedroom apartment at Heritage Place in The Salvation Army’s Renaissance Village since April, after she left her boyfriend following a domestic incident.

“It wasn’t an emergency, but the situation was definitely not something I wanted my kids to be around,” she said. “Luckily we had somewhere else to stay while we waited for an apartment to open up.”

The Women’s Center for Advancement (WCA) referred Crowl to Renaissance Housing, The Salvation Army’s transitional housing program. She was on the waiting list for an apartment for several months before she was finally able to move her family into their current place.

Since then, life has improved dramatically for Crowl and her boys. The apartment came fully furnished, which was a blessing, said Crowl, who arrived at Heritage Place with very few household items. Her caseworker also helped her stock up on everything from toilet paper and dish soap to food and pantry supplies.

Crowl is especially grateful that her kids have developed friendships with other children whose families are also residents in the transitional housing program. After school on Tuesdays and Wednesdays, the boys enjoy activities with their peers and with staff from the nonprofit afterschool program Completely Kids, which partners with The Salvation Army to offer free childcare, mentoring and educational and social activities to kids and families in need.

“Completely Kids also picks up the boys and takes them on field trips when they don’t have school, which is great, because I still have to work,” said Crowl, who is employed as a server at Anthony’s Steakhouse.

Renaissance Housing offers residents six months of transitional housing, but as Erin Resser, asset and property coordinator for the program, acknowledged, “There’s just not enough affordable housing in Omaha,” so sometimes leases are extended on a month-to-month basis.

Crowl, who is eligible for Section 8 housing, admitted that trying to find permanent housing has been frustrating. “There is nothing out there,” she said. “It’s so depressing. I call everywhere, but most renters either don’t take Section 8 vouchers, or they don’t have any three-bedroom apartments available.”

Still, she is determined to find a safe, stable, permanent home for herself and her boys. Paying reduced rent at Renaissance Village has allowed Crowl to save money for the first time in her life. “I’ve never had the opportunity to do that before,” she said. She is hopeful that with patience and perseverance, she’ll find permanent housing soon and have the financial resources to pay the rent.

The Salvation Army of Omaha’s Renaissance Housing and MASS programs help individuals and families in need bridge the gap by providing short-term housing, support services, food, clothing and household items and assistance paying utility bills. Seasonal services include free summer fans, backpacks filled with school supplies for kids returning to the classroom and gifts and meal vouchers for families at Christmas and Thanksgiving.

Learn more about MASS at the Burrows Center.