Spotlight on LaTosha Bolton: “The Past Does Not Define Us” 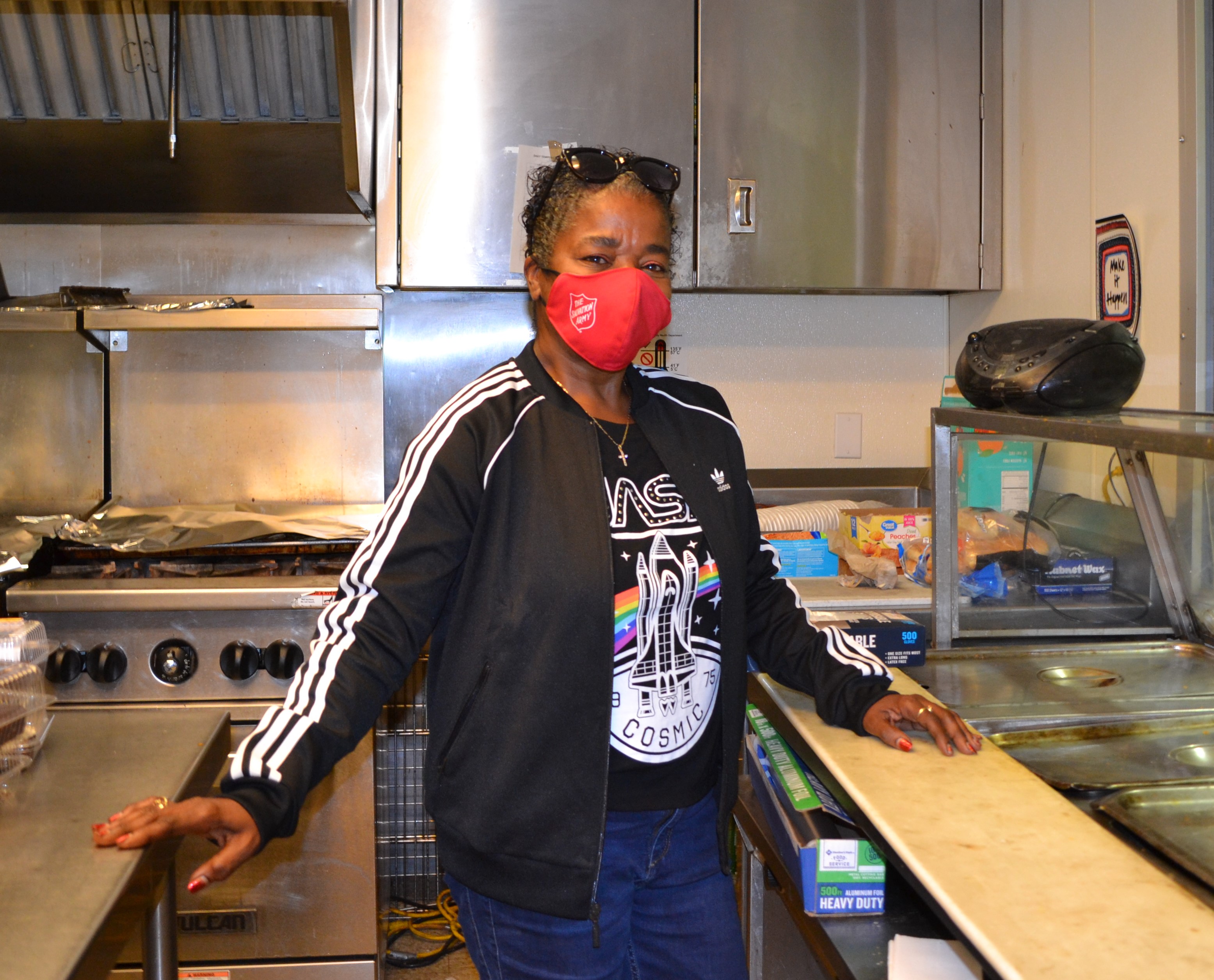 After three stints in prison and many years battling drug and alcohol addiction, LaTosha Bolton is grateful to be sober, employed as lead kitchen manager for The Salvation Army North Corps and in a position to give back to her community. She’s also determined to send the message to others that bad choices – even those that result in felonies – don’t have to define a person or their future.

Although she earned a cheerleading scholarship, Bolton’s plans to attend college were thwarted when she became pregnant shortly after graduating from Bellevue High School. “The road turned at that point,” she admitted. “That was a major setback for me – to have a child when I’d had every intention of doing something else.”

Bolton had a second baby, after which she said her life went off the rails. Addicted to drugs and alcohol, she made some bad choices that ultimately landed her in prison for attempted robbery. Determined to set herself straight when she was released nine months later, Bolton completed parole, worked her way up to the position of general manager at McDonald’s and welcomed a baby girl into her life. But once again, she said, drugs and drinking got the best of her.

Not long after being released from her second stint in prison, the unimaginable happened: Bolton’s eight-year-old son was hit by a car and killed.  “When I lost my son, everything spiraled out of control. I hit rock bottom,” she said. Consumed by grief, she attempted suicide and turned to drugs and alcohol again.

It wasn’t until she became pregnant with her fourth child that Bolton finally committed to sobriety. “I knew at that point that I could do it and that I could succeed,” she said.

For the next 18 years, Bolton’s life was stable. Her career at McDonald’s flourished, she and her husband welcomed a fifth child into the world, and her record stayed clean. But in 2015 her past caught up with her. Bolton was incarcerated for a crime she’d committed 20 years prior, when she’d used Social Security income benefits for herself that were intended to support her daughter, who has a learning disability and was living with Bolton’s mother at the time.

Upon her release, Bolton once again committed to making a fresh start. She began volunteering every morning at The Salvation Army’s North Corps after finishing the night shift at McDonald’s. “I knew the Corps because my kids had been going there for years, but once I started volunteering, I realized what a diamond in the rough this place is,” she said. When a job in the kitchen became available, Bolton applied and was hired.

Five years later she is still grateful every day for the opportunity to contribute to her community. “The Salvation Army gave me a chance,” she said. “I work at trying to be a better person every day. I took so much over the years, but now I’m in a position that I can give wholeheartedly to my community.”

“Tosha is a really important part of our team at North Corps,” said Lt. Ken Jones. “She has an excellent rapport with the community and is always looking for ways to partner with agencies and businesses to help stretch our budget. She’s not a ‘punch in and punch out’ kind of employee. Tosha has a great work ethic and is always looking for specific ways to improve. She is truly a blessing to us.”

Despite ongoing challenges, Bolton’s faith keeps her strong and stable. “I feel like God has put me in the right place. He’s at the steering wheel,” she said. “I really hope people who hear my story know that they can take a chance on themselves, because the past, no matter what’s happened, doesn’t define us. God has the last say. Every day I struggle, but I’m getting it. At 54 years old, I’m finally getting it.”