Volunteers of the Year Award Recipients

Chris Ayers of Bloomington & the Women’s Auxiliary in Peoria have been recognized as Volunteers of the Year for The Salvation Army Central Territory, representing the Heartland Division.

Only five Volunteer of the Year recipients are named for the entire territory each year. The Heartland Division, headquartered in Peoria, IL, is proud to have their volunteers receive two of the five awards! 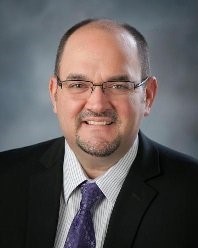 Thank you Chris for everything you have done over the years for our mission!

Thank you ladies for all the amazing service you have given to our mission!

Each year, The Salvation Army recognizes their volunteers and the important role they play in helping them meet their mission of “Doing the Most Good.” A special Volunteer of the Year recognition was established by The Salvation Army Central Territory to give their communities an opportunity to formally recognize the efforts of the most outstanding volunteers.  Five different volunteer recognition awards are presented within the Territory: Lifetime Service, Organization or Group of the Year, Family of the Year, Youth of the Year and Individual of the Year.

For additional information or to find out about volunteer opportunities at The Salvation Army, contact Kathy Anderson at (309) 339-3849.