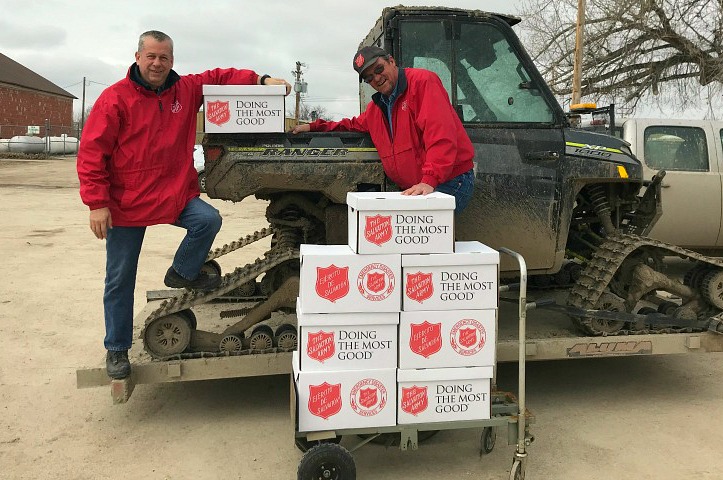 The Salvation Army Western Division is expanding its three-state flood-relief operations, with staff and volunteers now providing food service in a flood-affected area of southwestern South Dakota. Here’s a review of some of the operations in Nebraska, Iowa and South Dakota on Thursday, March 28, and a look ahead at what’s planned for Friday, March 29:

Rapid City, SD -- The team is working with Pine Ridge Reservation residents, leaders and volunteers to get food boxes to people who have been stranded by flood waters. This work is part of multi-agency flood-relief efforts at Pine Ridge. 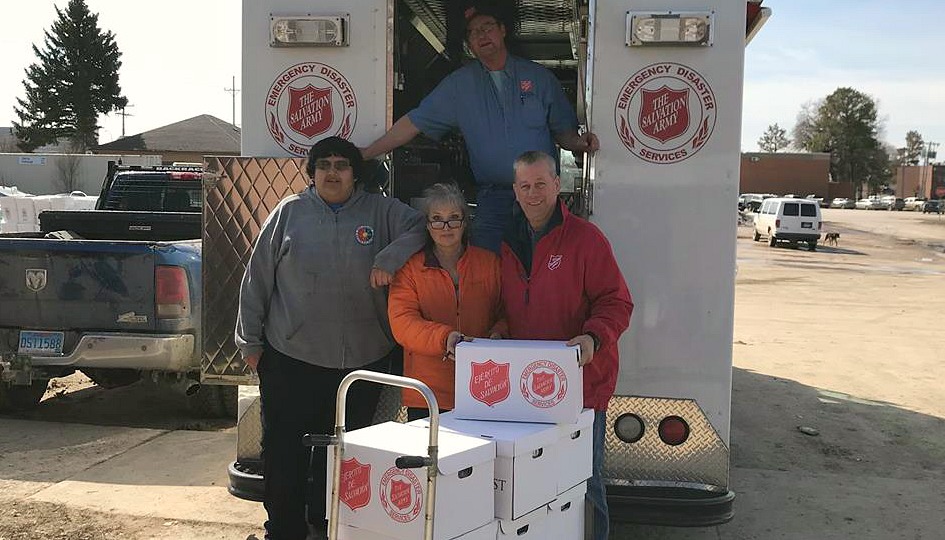 Omaha, NE -- The Kroc Center team served about 1,350 meals on Wednesday between operations in Sarpy and Douglas Counties. The team will begin to supply food to The Salvation Army’s ongoing feeding operations in Fremont on Friday, March 29. Meanwhile, the Disaster Resource Center continued its operations near 84th and Center; it’s open again Friday, March 29, from 9 a.m.-6 p.m.

Sioux City, IA -- The team served meals in Hornick, Iowa, and an additional Sioux City-based team will work in Ponca, Nebraska, on Friday, March 29, providing financial assistance and supplies to individuals and families in need.

Watertown, SD -- The team is preparing to distribute flood-relief clean-up kits to those who need them. In addition, local officials have asked the Watertown Corps to be ready to serve as a flood-relief shelter if needed.