Western Division Camps Go On in the Wake of Historic Flooding 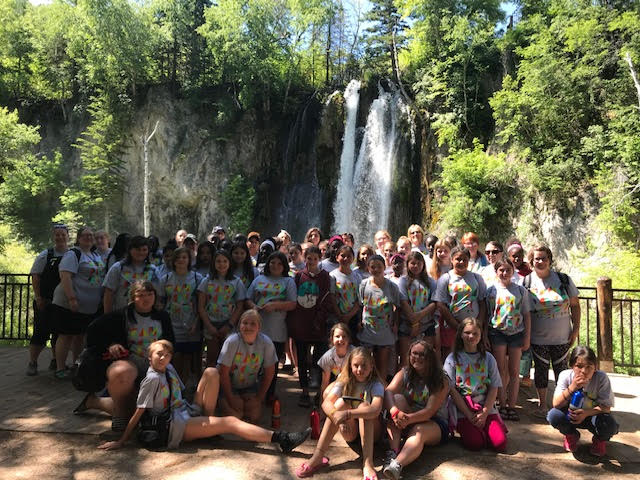 Majors Greg and Poppy Thompson drove out to Camp Gene Eppley in Bellevue, Nebraska, in early April just days after water from the flooded Platte River had receded. As soon as they crossed the threshold of the camp, which would have celebrated its 75th anniversary this past summer, they knew it was a total loss. Water had risen to the rooflines of the cabins and camp buildings. Furniture had been turned upside down by the roiling river, black mold was already creeping up the walls and mud covered nearly everything.

“I didn’t want the kids to lose all the wonderful opportunities that come with camp, but it was also very apparent to me in that moment that we needed to come up with a solution,” said Maj. Poppy.

The Thompsons were also hearing from families whose children were distraught. “This was a place where they had enjoyed carefree, happy days. And now, in their minds, it wasn’t going to happen this year,” said Maj. Poppy. “It was a big loss. Not just a physical loss of buildings, but an emotional loss as well.”

The Thompsons began to explore options for interim camp facilities, and almost immediately, the pieces started to fall into place. “We were behind the eight ball. Most places book up a year or more in advance,” admitted Maj. Poppy. “But the Lord was very, very good to us. He led us to the right places, and our summer camps never even missed a beat.”

Teenaged campers and those registered for The Salvation Army Outdoors spent a week at the Western Division’s Black Hills Camp near Rapid City, South Dakota. But finding an appropriate spot for younger campers and the music students, who needed indoor facilities, was more challenging.

The Thompsons connected with The Leadership Center in Aurora, Nebraska, which turned out to be a perfect fit for the boys and girls junior camps. Music camp was held at Buena Vista University in Storm Lake, Iowa.

“It was an awesome facility, and I was really pleased with how well the kids represented The Salvation Army,” said Divisional Music Director Tyler Schulze, who, along with other instructors, led 114 campers in choir, brass and guitar ensembles and electives including dance, drama, ukulele, film and TV editing and timbrels.

A total of 350 kids ages 8-18 enjoyed camp this summer. Although the enrollment was lower than previous years, Maj. Poppy calls it nothing short of a miracle.

As everything came together, the Thompsons had no doubt that God was in the details. “We received constant confirmation that we were on the right course,” said Maj. Poppy. “The pieces all fit perfectly, the kids got summer camp, and I couldn’t be happier.”

Plans are in the making to open a permanent camp in a new location next year, ensuring that plenty of camp memories will continue to be made for many summers to come.