How Ringing Bells for The Salvation Army Changed My Life 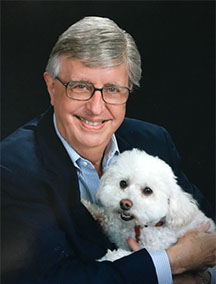 James (Jim) Moehling still remembers something he witnessed several years ago while he was ringing bells for The Salvation Army shortly before Christmas.

It was bitter cold and a woman in a light, tattered coat started to walk by. She stopped, reached into her small purse, took out all her money and put it in the kettle.

“We tried to tell her ‘no,’” Jim recalls. “It was too much. The dollar amount wasn’t large but we realized it was all the cash she had.” But she persisted with her donation and then walked off.

“It was a life-changing moment for me. I felt overwhelmed by her generosity,” Jim said. “It absolutely generated a different and more comprehensive feeling in me about giving and doing for the needy. It inspired me to a new primary purpose in life way beyond settling for donating merely a small bit of spare time and extra money.”

Since then Jim, an attorney by trade, co-founded a mission board for his church to help the needy in Uganda, became a board member for a local food pantry and participated regularly in a church program for members in crisis. He’s active as a hospice volunteer and serves as a Harper College Foundation board member, focusing on scholarships. And he’s been a generous donor to The Salvation Army. Though he still works part-time as an attorney, he does more pro bono work these days.

“It all started because of that brief moment while ringing bells for The Salvation Army,” Jim said.

“Only later did I learn that there was an incident noted in the Bible about a poor woman who donated two coins for God, and Jesus noted that all others gave from their wealth but she gave all.”

Jim said he knows there’s always more he could do, but he tries to be more generous with his time and money. “Now I do so not as a duty, but as a privilege.”

How will ringing bells for The Salvation Army impact you? Join us and find out!