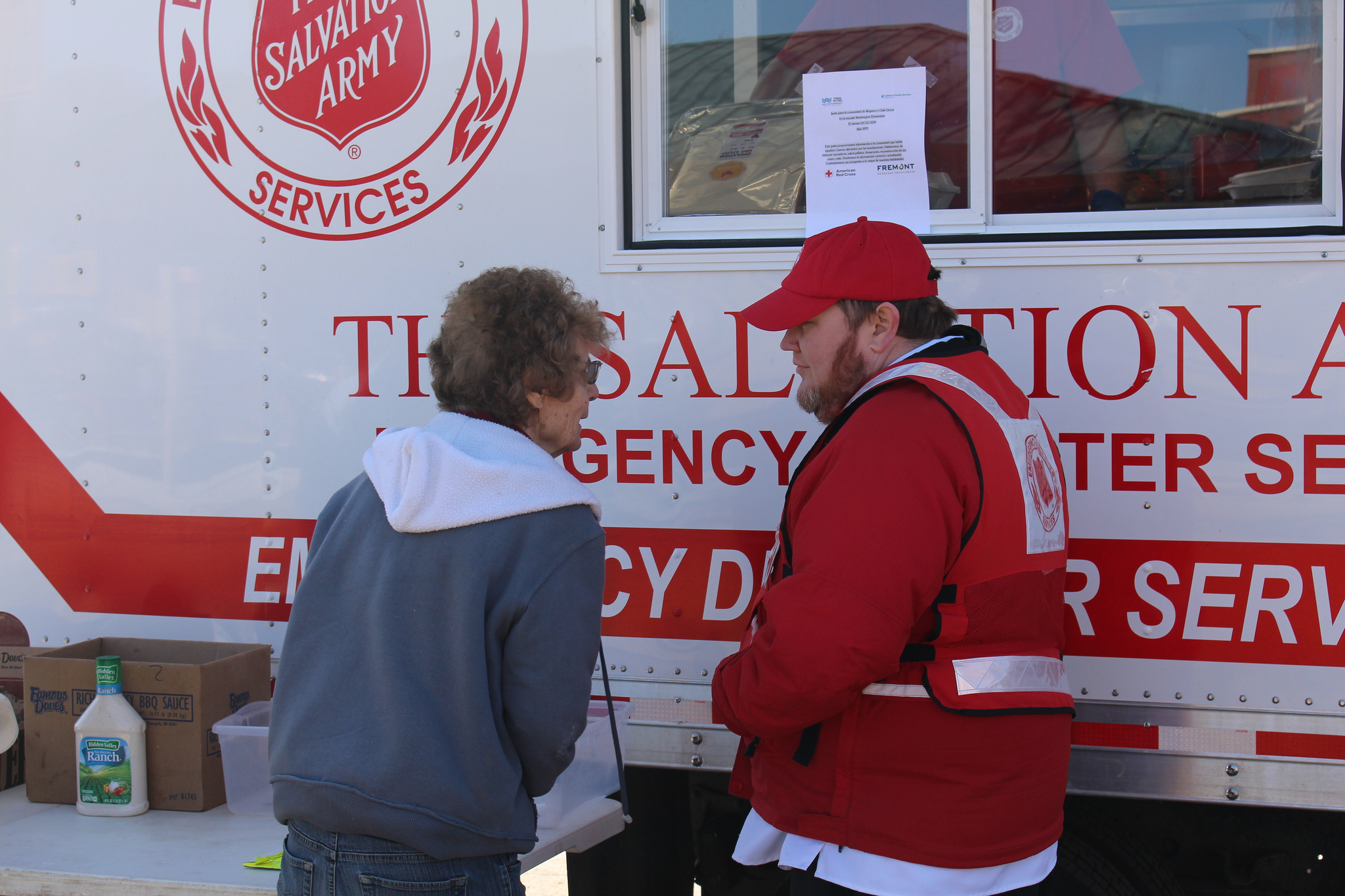 The Salvation Army Western Division is providing food, supplies and relief throughout a 300-mile-long corridor from Watertown, South Dakota, to the Omaha metro to Fremont County, Iowa.

As of Monday, March 25, 12 canteens (mobile kitchens) were distributing food across the three-state area. Supply trucks loaded with flood-cleanup items were sent to the same areas, while Salvation Army representatives provided aid, including spiritual counseling, directly to people in need.

The following is a review of current operations, and a look ahead at efforts planned for Tuesday, March 26, and Wednesday, March 27: 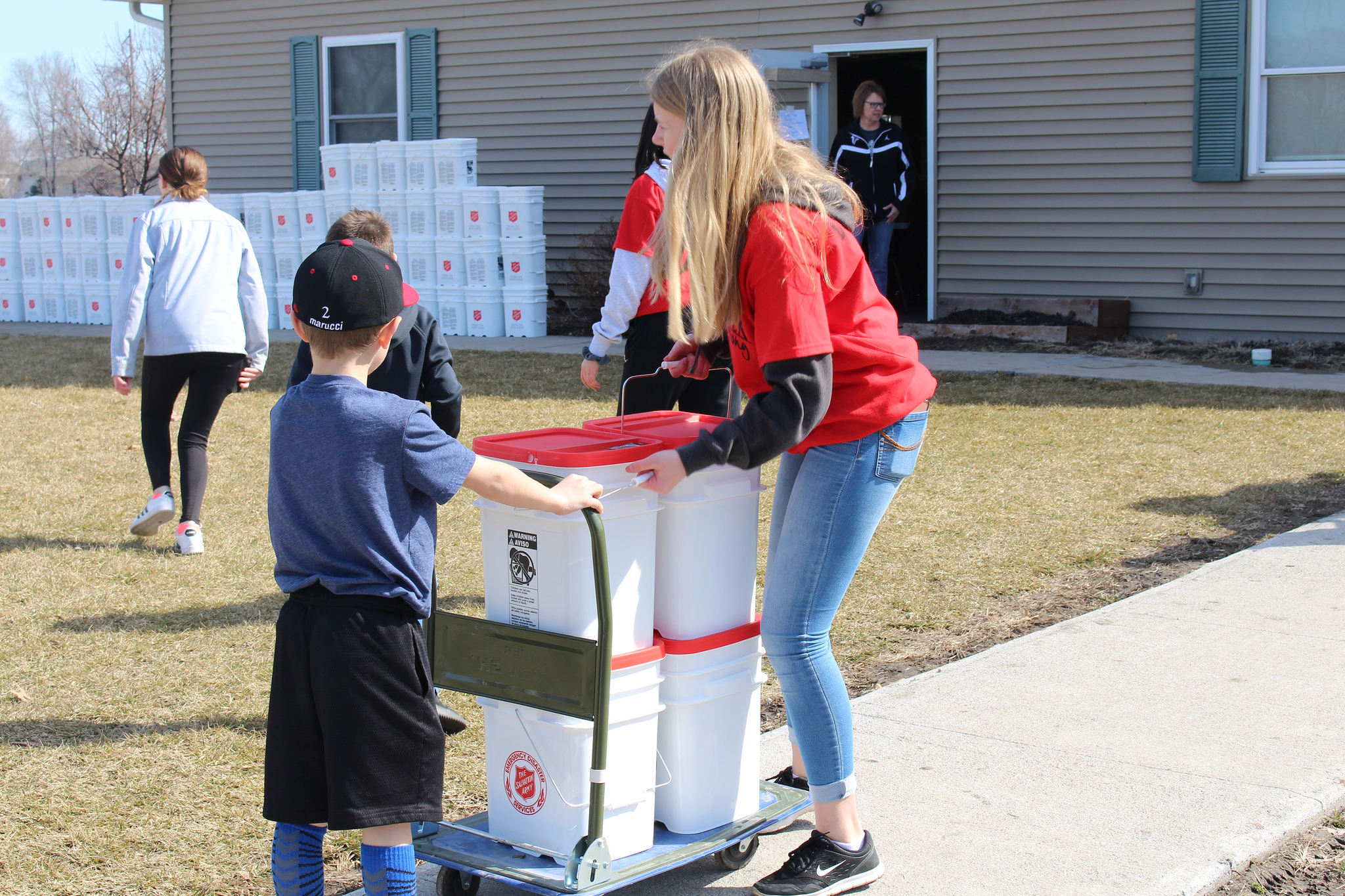 In Sioux City, IA -- Officers and volunteers returned to three-meal-per day food service in nearby Hornick, Iowa, where they also went door to door, checking on residents and offering assistance. They also delivered supplies to nearby Ponca, Nebraska.

In Omaha, NE -- The Kroc Center team served approximately 900 meals and more than 1,000 drinks on Sunday, March 24 as it worked in both Sarpy and Douglas counties. Officers, staff and volunteers now have two canteens assisting their team in flood-relief efforts.

In Watertown, SD -- The team provided refreshments to crews working on flood-prevention measures as the Big Sioux River is expected to crest yet this week.

In Norfolk, NE -- Officers, staff and volunteers provided meals and delivered flood-relief supplies to the Santee Reservation in Knox County, Nebraska. In addition, the team served meals in Columbus, Nebraska, on Monday, March 25.