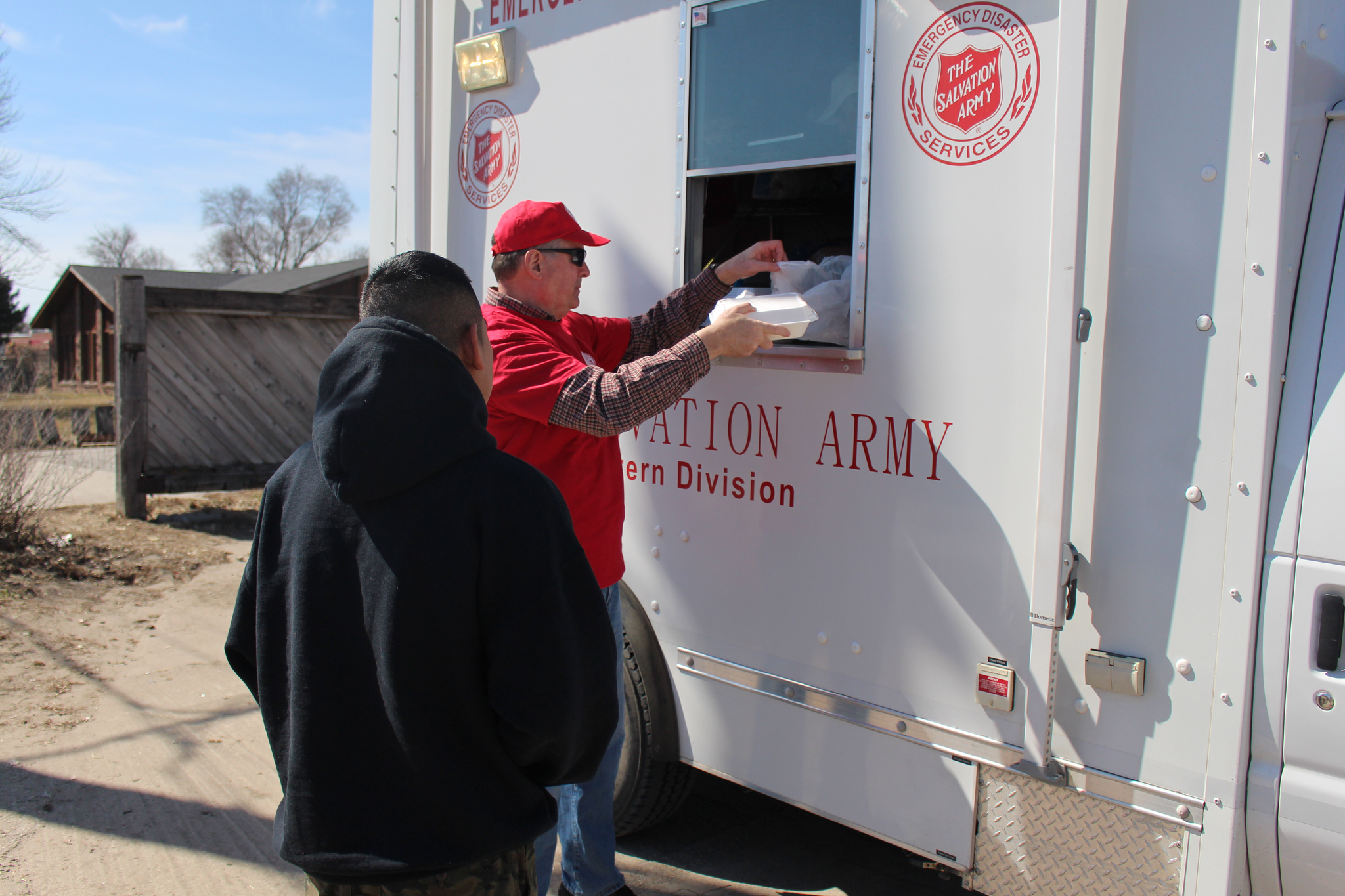 In Council Bluffs, IA -- Officers, staff and volunteers sent a truck to Hamburg, Iowa, loaded with breakfast foods. Elsewhere on Tuesday, March 26, the team did intake work in Shenandoah, Iowa. Plans call for the team to serve lunch in Hamburg on Wednesday, March 27, and in the days following.

In Omaha, NE -- The Kroc Center team served approximately 850 meals on Monday, March 25, as it continued its work in Sarpy and Douglas Counties. In addition, the Disaster Resource Center continued its operations near 84th and Center. It’s open again Wednesday, March 27, from 9 a.m.-6 p.m.

In Sioux City, IA -- The team distributed flood-relief supplies in nearby Ponca, Nebraska, on Tuesday, March 26, and distributed gift cards and served meals in Hornick, Iowa, including dinner for approximately 200, on Monday, March 25.

In Watertown, SD -- Officers, staff and volunteers sent water and snacks to the community of Lake Poinsett, South Dakota, as the flood threat continues to unfold in the eastern part of the state. They also continued to provide refreshments to people working local flood-prevention efforts.

In Sioux Falls, SD -- The crew provided flood-cleanup kits to nearby communities.

In Norfolk, NE -- The Norfolk team served meals on the Santee Reservation in Knox County, Nebraska on Tuesday, March 26 and provided flood-relief support in Columbus, Nebraska.