Mixed Messages - Why How We Communicate About Human Trafficking Matters 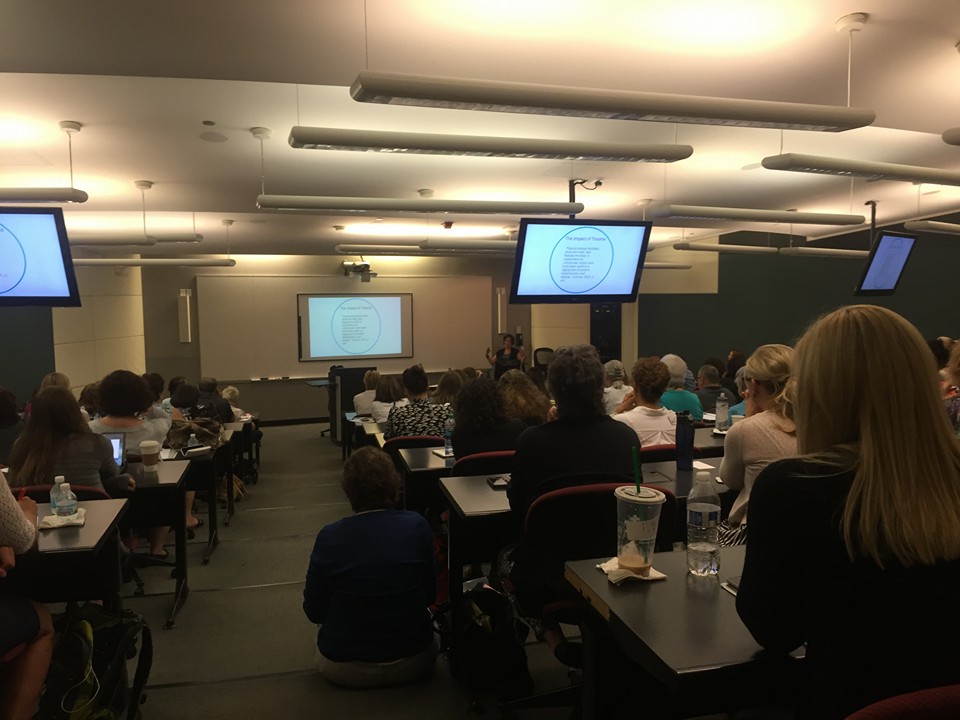 On August 7 - 9th, 2019,  we are hosting our 9th Annual Cook County Human Trafficking Task Conference! As always, we will have a wide range of speakers presenting on a variety of topics related to combating human trafficking in our communities. This year we will be focusing broadly on what a true trauma-informed approach to interaction, advocacy, and service provision should look like for survivors of human trafficking.

One area of anti-trafficking work that needs much improvement is the design and content of messaging around human trafficking. At this year’s conference, there will be a session exploring this issue titled ‘Stop Selling Shock and Empower Survivors: Effective Media and Marketing Strategies for Raising Awareness that Don't Rely on Sensationalism’. The goal of this session will be to provide insight and recommendations for smart anti-trafficking marketing.

If you were to stop reading this right now and Google image search ‘human trafficking’, what would you find? (Seriously, go do it - what do you see?)

We know that the photos, graphics, and wording folks choose to use when advertising for trainings, awareness events, and campaigns can have a big impact on how the public perceive the issue of human trafficking. If we aren’t careful in our attempts to draw attention to the issue of trafficking, we can reinforce common stereotypes and myths about human trafficking with our messaging.

Let’s take a brief look at current public perception of human trafficking and how that perception has been shaped by the way the issue has been presented.

Who Does Human Trafficking Involve?

In their research, authors Tabitha Bonilla and Cecilia Hyunjung Mo discuss the common ‘archetype’ of a human trafficking victim - “a “sexually exploited foreign woman” - that has been presented by many working to tackle the issue and propagated by the media. This then becomes what often comes to mind for the public, leading them to have a narrow view of who can be a victim and who can be vulnerable.

Lastly, messaging and imagery that only features women or female-identified individuals can help contribute to the idea that men and male-identified folks cannot be victims and can even be harmful by not attempting to reduce the social stigma that might prevent men and boys from seeking help.

You may have noticed the (hopefully decreasing) use of imagery with chains and ropes in your Google image search. We know that the force piece of the ‘force, fraud, and coercion’ definition of trafficking is often psychological and does not need to involve an individual being physically held or restrained.

On posters, in event titles, and even in the names of some organizations, we often see language that can give the public a skewed perception of what anti-trafficking work looks like. For example, we often see the word ‘rescue’ used in an attempt to emphasize the important role the public can play in becoming informed about trafficking and getting involved. This language however leads to a misunderstanding of what real anti-trafficking work looks like, neglects the agency that survivors have and the primary role they play in their own exit and recovery.

Because of this framing, the public often think that getting involved in the fight against trafficking means they will be able to participate in raids or stings. Though well-intentioned, this is not something that the general public has the expertise around and attempts to do so can be unsafe and even harmful.

Meanwhile, the most important thing the public can do is educate themselves and others, donate items like toiletries and clothing that survivors often need, volunteer with anti-trafficking programs, and provide financial support to programs doing anti-trafficking work.

The ‘rescue’ mentality also overshadows the important work there is to do in the area of prevention or on the demand side (as opposed to the supply side).

These are just a few areas where we see the impact language and imagery can have on the public’s ability to understand the reality of trafficking and even identify victims.

We hope that you can join us for the conference this year and attend the aforementioned session that will explore this topic in much more depth!

Get Your Tickets Here!