The Surprising Faces of Sex Trafficking

When “Sarah” met her boyfriend, his affection felt like a much-needed oasis. After her father’s death when she was 15, Sarah and her mom, an alcoholic, argued bitterly and often.

After one particularly nasty argument, Sarah left home to move in with her boyfriend. It was a new relationship, but he was an older guy who showered her with the attention she craved. All his questions about her life, her family, and her friends were flattering . . . until he used that information to trap her.

“Once he knew all that, he used it to threaten me,” Sarah said. If she didn’t do what he said, he threatened to find her sister and her friends and harm them. In addition to the threats, he got her hooked on drugs. After the drugs came the prostitution. “This is what traffickers do,” Sarah explained. “They get you hooked with no way to support your habit except doing what they say.”

Her boyfriend even offered to help Sarah get clean if she would do what he wanted. But once she was in the world of prostitution, the shame, she said, was overwhelming. “I didn’t want anyone else to know what I’d done,” she said. Her boyfriend fed that shame, stoked it regularly, to keep her compliant.

As heart breaking as Sarah’s story is, it’s equally surprising to many people who think trafficking – both sex and labor trafficking – is something that only happens overseas, or only to victims brought to the U.S. from other countries.

“The truth is that human trafficking is a global issue that affects people everywhere,” said KT McClure, who performs training and outreach for STOP-IT, The Salvation Army’s anti-human trafficking program. “In our program this year, roughly half of our clients are from other countries, while the other half are from here in the United States.”

Thankfully, a year into their relationship, the man who had trapped Sarah went to prison on unrelated charges. She was finally free. But rebuilding a life that has been systematically broken, especially at the hands of someone who had initially offered hope and love, takes time. These survivors not only need a home, a job, and a means to support themselves, they also need to restore their sense of self-worth and ability to trust others.

“Traffickers often employ the same tactics of power and control independent of the type of trafficking situation,” McClure said. “Although the exact type of exploitation can differ from case to case, all types of trafficking seek to rob people of their dignity and human rights.”

This is why STOP-IT provides supportive services to survivors, connecting them with resources for safe housing, food and grocery vouchers, medical and legal services, and much more. They also work to educate the public to better prevent and respond to human trafficking.

With the help of our Bed & Bread Club© friends, we will continue to offer these vital services so that survivors like Sarah have the provision and hope they desperately need. 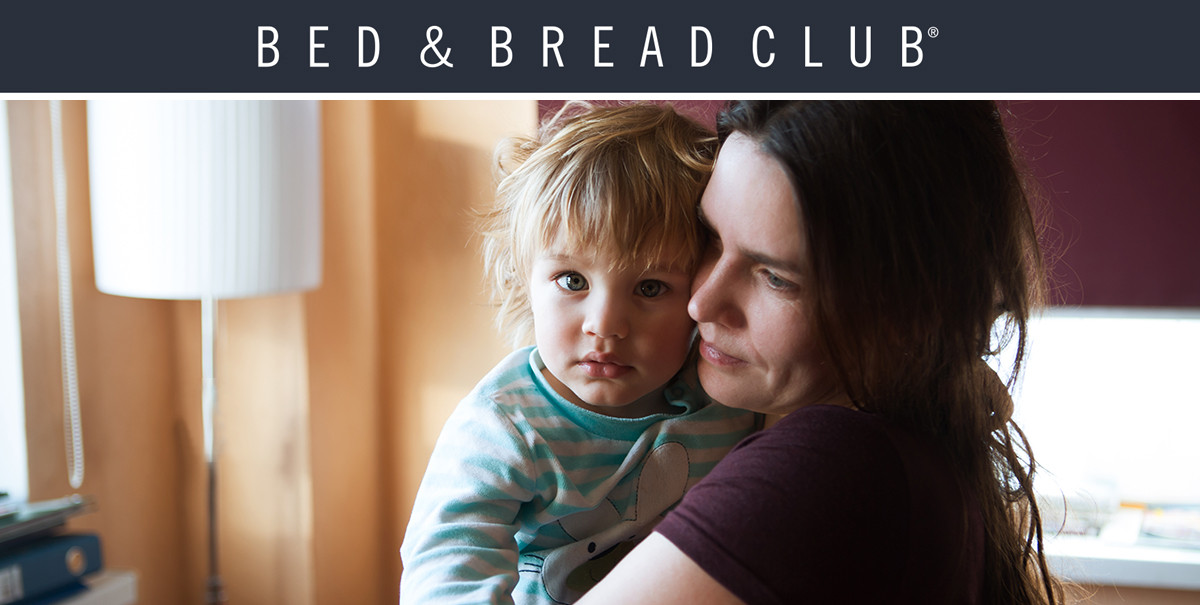 Together, we can fight human trafficking and help survivors rebuild their lives.