Why is Continued Presence more important than ever? 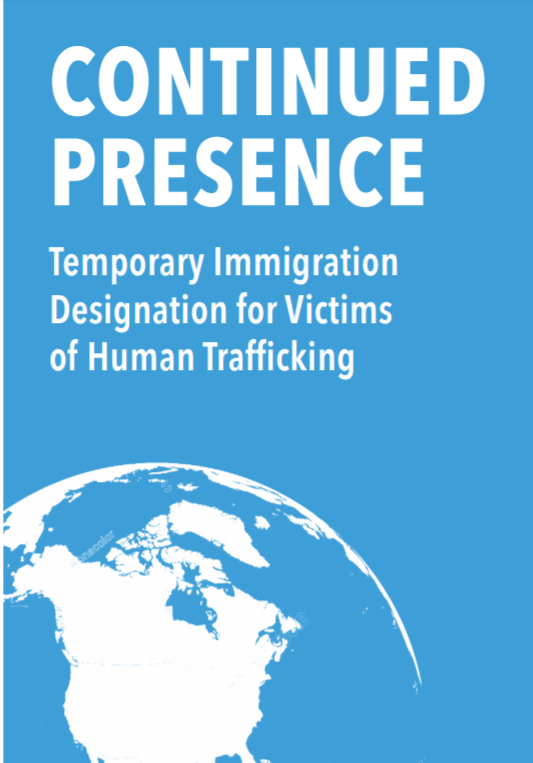 As we encounter survivors, our first priority is help folks achieve stability so that they are able to think about their goals moving forward.

Maslow’s hierarchy of needs is one of the most basic theories of social work and informs much of the field’s practice. Physiological and safety needs make up the bottom two tiers (Maslow, 1943). As we know, if components like hunger and shelter are not met, that individual will not be able to focus on things of personal interest that go beyond that. (Maslow, 1943).

What does this mean in practice for survivors of human trafficking?

A person with a lived experience of trafficking may hope to leave a trafficking situation, but fear the possibility of not meeting their basic needs due to the unknown that accompanies leaving that situation. Where do they go? How are they going to be able to find food, clothing, and the like? If their employment is tied to their visa, will they lose status and then be deported like their trafficker has told them? If they come forward about their experience, will their lack of immigration status hurt them? They may not be able to think through something more long-term until they have what they need to address some of these very real fears.

We also know that some of those most basic needs are most accessed and afforded to survivors once they have received immigration relief as a victim of a crime. Trafficking survivors can apply for T nonimmigrant status, a longer-term immigration benefit issued by USCIS. If approved, they can stay in the US for four years and then adjust their status to lawful permanent residence. With the visa comes an Employment Authorization Document (EAD), which allows folks to work legally in the US, as well as public benefits to the same extent as refugees. But immigration relief wait times are currently longer than ever, with T-visa applications taking as many as 36 months to process.

This means that other forms of stabilization are all the more important. Here in Illinois, survivors are able to access public benefits through the ILDHS VTTC program if they have filed or are preparing to file an application for a T-visa and are awaiting an outcome. But, work authorization isn’t an option until much later, leaving folks with no viable income for the unforeseen future.

This tool could provide stability, a means of support, and protection from removal. It alleviates those very real fears around removal and economic support that often prevent survivors from being able to move forward.

Just last week, DHS released some new materials to clarify what CP is, how and when it should be requested, and why it has certain benefits over something like Deferred Action.

Three new videos from DHS also delve into the process for requesting CP. You can view all of these videos under the Law Enforcement tab at the following link: https://www.dhs.gov/blue-campaign/awareness-training

We've seen the very real impact that CP can have on survivor's lives in giving them the boost needed to rebuild after a trafficking experience. And while it isn't a tool for everyone, especially in circumstances where survivors are not interested or too traumatized to connect with law enforcement, it is one avenue to helping a foreign national survivor leave a trafficking situation, access the criminal justice system, and ultimately, move forward with their lives.