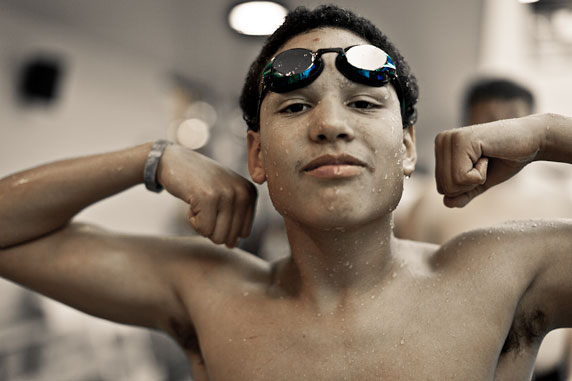 The Salvation Army Ray and Joan Kroc Corps Community Centers were born out of a vision that all people should have access to resources that can help them reach their full potential. When Mrs. Joan Kroc passed away in October 2003, she left $1.5 billion - much of her estate - to make sure this vision became a reality.

The initial disbursements of this bequest began in January 2005. The gift had by then grown to $1.8 billion and was split evenly among the four Army Territories - Central, East, South and West. The money was designated to build a series of state-of-the-art Salvation Army Ray and Joan Kroc Corps Community Centers nationwide patterned after the San Diego center. From the very beginning, The Salvation Army envisioned this as a long-term project – that it could take up to 10 or 15 years to have all of the centers open and operational   No other U.S. charity – faith-based or otherwise –has ever undertaken such a sweeping fundraising or construction effort with the potential to impact millions of people.

In keeping with the mission of The Salvation Army, Ray and Joan Kroc Corps Community Centers provide facilities, programs, and services that encourage positive living, offer life-changing experiences for children and adults, strengthen families, and enrich the lives of seniors.

In accordance with the Christian mission of The Salvation Army, these resources will be offered without discrimination to uplift individuals and benefit communities in need.

Ray Kroc was a true American success story and the man behind the expansion of the McDonald's Corporation. Joan Kroc was his devoted wife, and she became a well-known philanthropist after Ray's death in 1984. When it was time to decide how best to pass on their fortune to benefit the world, she chose The Salvation Army. This decision was based on her immense confidence in The Salvation Army to do the most good with their legacy.

We are currently running 26 centers across the country and pursuing our 27th in Staten Island. Please follow the web-links for the latest information on the status of individual Salvation Army locations.

Mrs. Kroc's gift was by far the largest charitable gift ever given to the Army, and the largest single gift given to any single charity at one time. This money was to be used for creating community centers in underprivileged areas. Salvation Army Ray and Joan Kroc Corps Community Centers are funded in part by this benevolent gift and in part by special fundraising efforts of The Salvation Army. In keeping with Joan Kroc's wishes, The Salvation Army and the communities that will receive these centers must work together to support the centers' creation. This is reflective of the Kroc's emphasis on the value of hard work. Her vision was to ensure that all people had access to resources that would enable them to work and help them to reach their full potential.

Kroc Centers Around the Country